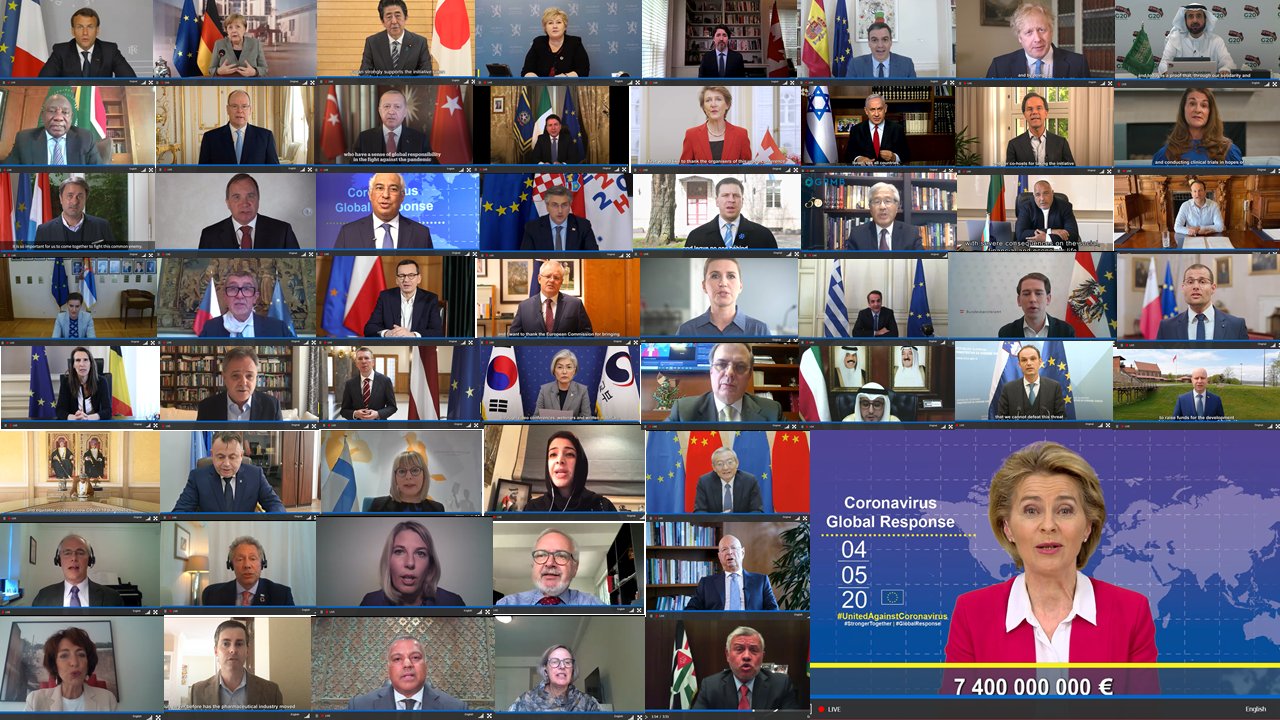 World leaders, companies and international organisations have pledged €7.4 bn ($8.07 bn) for vaccine, diagnostics and treatment against Covid-19, during an EU-led fundraising event held on May 4, almost reaching the €7.5 billion goal.

“This will help kick-start unprecedented global cooperation,” European Commission chief Ursula von der Leyen said at the end of the Coronavirus Global Response pledging event, adding, however, that “much more” will be needed in the upcoming months. The EC itself pledged €1.4 bn, however, its financial commitment does not represent exclusively newly allocated resources.

Tedros Adhanom Ghebreyesus, the World Health Organisation’s (WHO) chief said that more funds will be needed to meet the global demand for personal protective equipment, medical care, and other essential supplies.

“The true measure of success will not only be how fast we can develop safe and effective tools – it will be how equally we can distribute them,” Tedros added, sharing von der Leyen’s views that both the vaccine and treatments must be universally available at affordable prices.

“Those who invent it [the vaccine] of course will be fairly paid, but access will be given to people across the globe by the organisation we choose,” Macron said.

The fundraiser was hosted by the European Commission and co-hosted by Canada, France, Germany, Italy, Japan, Norway, Saudi Arabia, Spain and the UK. It gathered several heads of state and governments across the globe, including from Australia, China (represented by its ambassador to the EU), Israel, South Africa and Turkey, with the notable absence of Russia and the US.

Donald Trump did not provide any explanations on the country’s absence from the major health initiative, however it was the second time he did not attend a Coronavirus international meeting. The US President also did not attend a G20 session in late April, as it was organised by WHO. The US and WHO have been at loggerheads, after Trump announced in April it would halt funding to the UN specialised agency, over its handling of the pandemic.