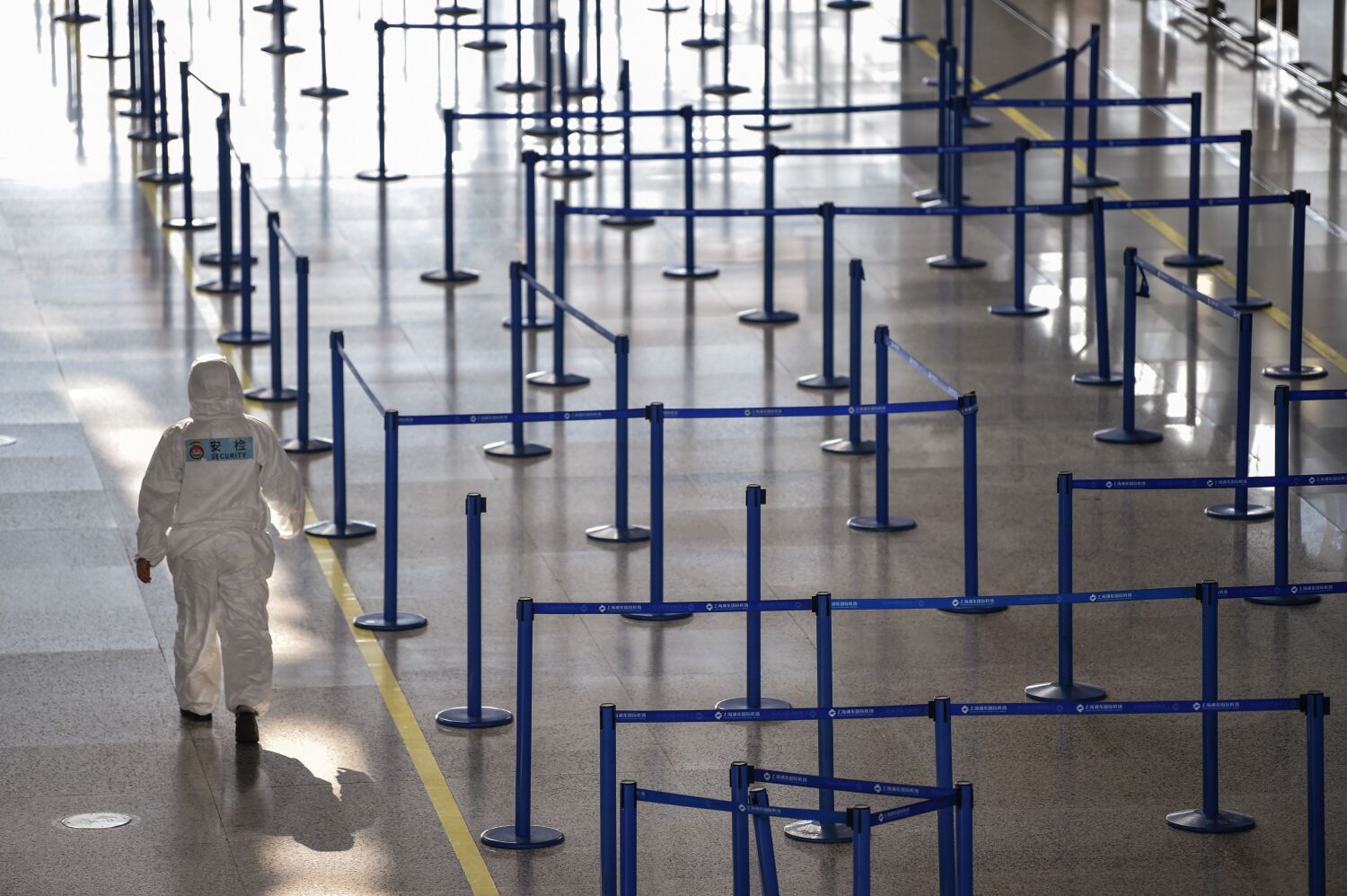 A woman who flew last week from Massachusetts to Los Angeles — then to Beijing, where she tested positive for coronavirus — is under investigation on allegations of concealing her symptoms and putting fellow travelers at risk of infection.

The woman took fever-reducing medication before boarding a plane and lied to flight attendants, according to Beijing’s disease control center and an Air China representative, who held a news conference on Monday.

The woman, who was hospitalized and is receiving treatment, is under investigation for the crime of “impeding prevention of infectious diseases.” According to Chinese law, she could face up to three years of imprisonment or detention with possible forced labor, or up to seven years of prison if there are “serious consequences.”

As the pandemic worsens around the world but slows in China, authorities in Beijing are tightening controls. All passengers arriving in Beijing from abroad, including Chinese nationals, are required to quarantine in government centers for 14 days.

In recent days, coronavirus cases in other countries have outnumbered new domestic infections. While Chinese diplomats and propaganda authorities have boasted in recent weeks of China’s victory over the coronavirus and its superiority to other countries’ responses, doctors and scientists warn that a resurgence of cases is possible as people return to work and others fly back home to China from abroad.

“We need to be highly alert toward imported infection cases,” Zhong Nanshan, a Chinese doctor and government advisor, said at a news conference in Guangzhou on Wednesday. “For this first wave of imported cases from highly affected countries, we should not just look at their symptoms; we should test them.”

On Monday, a joint statement on strengthening “border health and quarantine work” was issued by China’s highest court, the prosecutor general and other officials.

Wang Jun, director-general of customs policies and regulations, said the crimes are serious threats to public health and safety.

“Those who try to test their luck and evade customs and quarantine not only will bear the whole society’s shaming and condemnation, but will also face the scourge of imprisonment,” he said.

At least 25 other people in China have been punished or investigated for concealing their coronavirus symptoms or travel history.

In Qinghai province, a man who took a train with his son from Wuhan to Xining — but claimed they’d been home for the last 40 days — tested positive for coronavirus. Nine hundred others had to be quarantined as a result. He was sentenced to one year in prison.

In Inner Mongolia, two women reportedly lied about having traveled back to China from Turkey via Abu Dhabi, then broke home quarantine and ate at several restaurants. They were charged with “impeding prevention of infectious diseases” and put under forced isolation and observation.

In Henan, a man reportedly went to a hospital feeling unwell but concealed his travel to Wuhan. He later tested positive for coronavirus. Eight medical workers had to be quarantined as a result and at least one close contact was also infected. He was sentenced to eight months in prison.

Li, 37, is suspected of having attended a leadership conference hosted by Boston biotech company Biogen. The conference dates match the dates of Li’s “company meeting” reported by health authorities.

At least 104 coronavirus cases in Massachusetts have been linked to the Biogen conference. There were guests from Italy, where the death toll from the virus has surpassed 2,500, but there were no guests who had been to China, according to the Boston Globe.

Coronavirus cases in Tennessee, North Carolina, Indiana, New Jersey, Washington, D.C., and Norway — and suspected cases in Germany, Austria, and Argentina — have been linked to the same conference.

Biogen did not immediately respond to a request from The Times for confirmation of whether Li was a Biotech employee at the conference.

On Tuesday, Beijing health authorities said that Li’s husband, surnamed Hong, had also tested positive for the coronavirus. Hong, 37, is a university professor who also is originally from Chongqing and a longtime resident of Massachusetts.

Nicole Liu of The Times’ Beijing bureau contributed to this report.