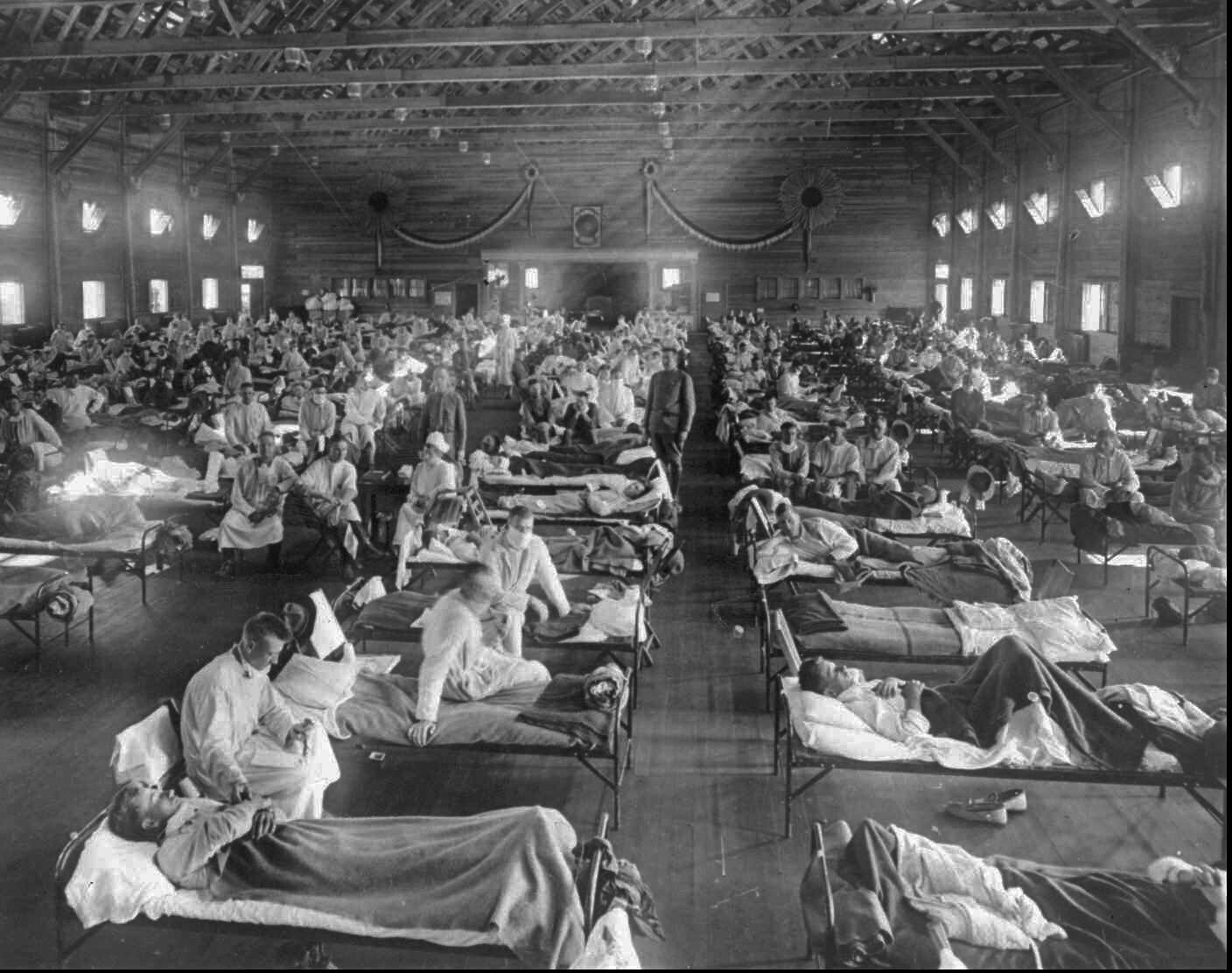 The number of people infected with the new coronavirus has surpassed 100,000 worldwide, and deaths have been recorded in 18 countries and territories. Health experts say COVID-19 is more lethal than the seasonal flu.

But some experts say based on what’s known right now, there are no signs it will be as catastrophic as the worst pandemic in recent memory: the 1918 Spanish flu.

We don’t know for certain, but at this point, “I think it’s nowhere near as bad as 1918,” said Dr. James Cherry, an infectious diseases expert at UCLA.

The 1918 flu is the quintessential pandemic, estimated to have killed 50 million people worldwide and 675,000 in the U.S. It’s the one that public health professors teach to students to show just how widely a disease can spread.

Although it occurred in an era before international air travel, its movement around the globe was facilitated by troops fighting in World War I.

“It went around the world four times in one year when there were no airplanes,” said Larry Brilliant, an epidemiologist who helped eradicate smallpox. “That’s what it means to spread like wildfire.”

But there are a lot of differences between the two.

The 1918 flu was unusually bad for targeting healthy people, with fatalities high in those younger than 5, between the ages of 20 and 40 and those 65 and above.

The new coronavirus, by contrast, has so far spared babies, toddlers and young children from death, according to a study of nearly 45,000 confirmed coronavirus cases in China. It’s estimated to be mild in about 81% of those infected. The risk of death is substantially higher for those aged 70 and older and those with underlying medical problems.

“The younger you are, the less chance you will have any disease from it,” said Dr. Otto Yang, a UCLA infectious diseases specialist. “So it really is the people that are already sick, or very elderly, at the highest risk, and that’s very different than that flu.”

An oft-cited fatality rate for the 1918 flu is “greater than 2.5%.” That’s caused some people to worry the coronavirus could end up becoming as bad as the 1918 flu.

But Jennifer Leigh, a postdoctoral fellow in epidemiology from the Johns Hopkins Bloomberg School of Public Health, said that based on what’s known so far, the Spanish flu was almost certainly worse. She called the “greater than 2.5%” estimate “the lowest number that can be supported with available data.”

In the early months of the coronavirus outbreak, the fatality rate held steady at around 2%. This week, it inched up above 3%. But experts cautioned that both of those figures probably overstate the true death toll, since there are surely thousands of people who have been infected with the coronavirus but never got tested because their symptoms were mild or nonexistent.

A marginal change in the death rate during an outbreak also doesn’t necessarily suggest the virus grew more dangerous. It could simply mean that experts have gotten hold of more reliable data.

The case fatality rate of the 1918 Spanish flu also varied between countries, with poorer ones taking a bigger hit. In the U.S., mortality also differed by economic status: “the lower the economic level, the higher the attack rate,” the World Health Organization said.

That’s probably because people of lower socioeconomic status are more likely to have chronic health conditions that would make them more vulnerable to an influenza infection, Leigh said.

Fatality rates can also be affected by how well or how poorly public health officials respond to outbreaks, she said.

For instance, in the first months of the coronavirus outbreak, Chinese authorities allowed crowds to gather in tight spaces for Lunar New Year celebrations even though it was clear the new virus was circulating. They also let 5 million people flee the Wuhan area just before enforcing an unprecedented regional quarantine.

The underlying health of the population matters too, Leigh said. Some experts suspect that high smoking rates among Chinese men may help explain why some studies have reported that men who are infected are more likely than women to die of COVID-19.

Back in 1918, those who were infected did not have the benefit of the medicines available today. Antibiotics hadn’t yet been invented, and that was a problem because most of the people with the flu died of secondary bacterial infections, Cherry said. (At this time, there’s no evidence that secondary bacterial infections are a major complication of the new coronavirus.)

The overall clinical consequences of the new coronavirus may ultimately be more like a severe seasonal flu, or one of the flu pandemics the world saw in 1957 and 1968, Dr. Anthony Fauci, director of the National Institute of Allergy and Infectious Diseases, and colleagues wrote in the New England Journal of Medicine.

Each of those flu pandemics resulted in about 1 million deaths worldwide, and about 100,000 deaths in the U.S., according to the CDC.