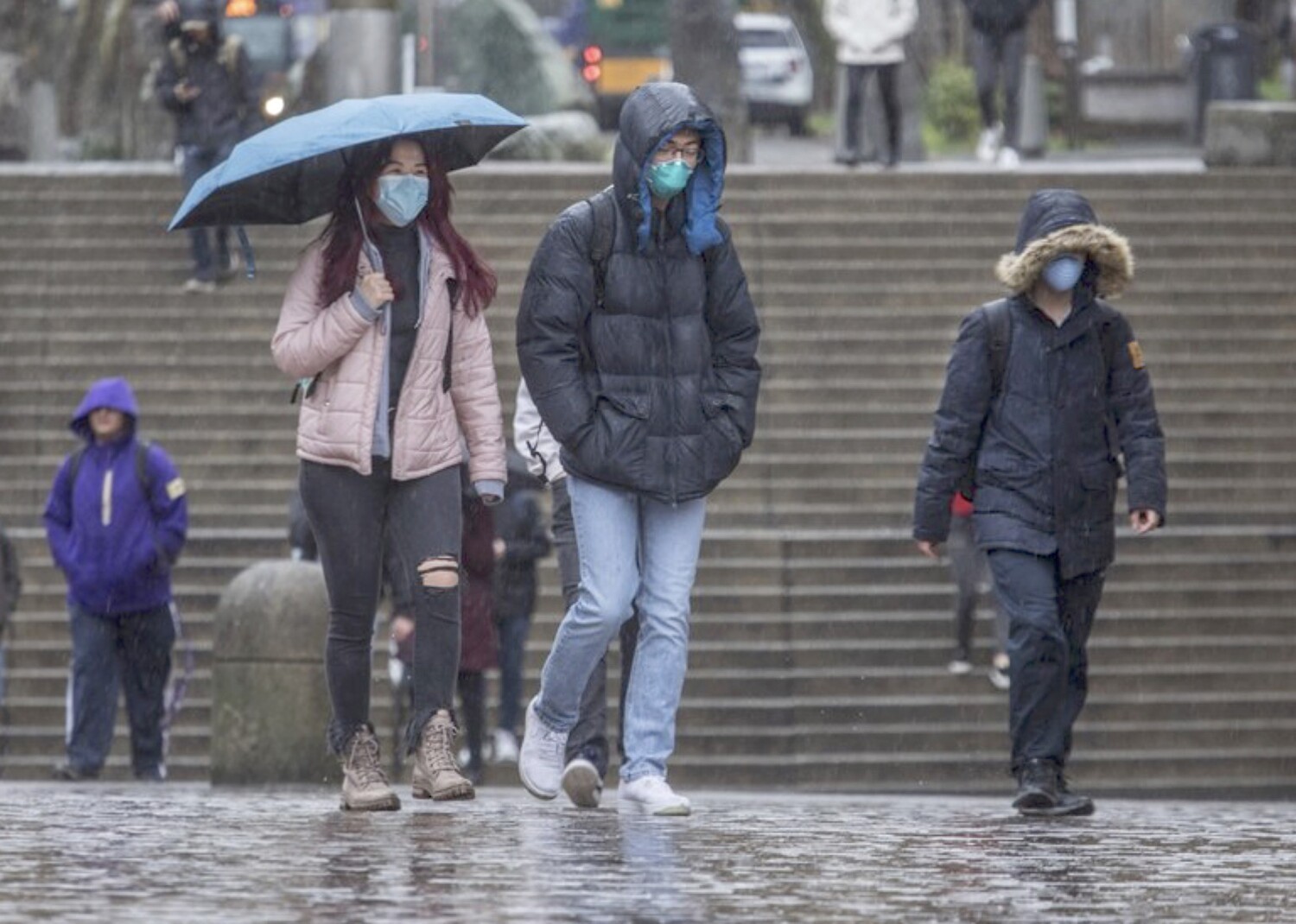 The University of Washington announced Friday it was moving all instruction online for the next two weeks, keeping more than 50,000 students out of classrooms as the death toll from COVID-19 continued to rise.

At least 16 public elementary and secondary schools in the state have closed, along with more than a dozen private ones, according to state officials.

There were calls for more grade-school closures in the Seattle area, the U.S. epicenter of the coronavirus outbreak, but health officials warned that such a move could backfire.

Keeping children out of school could increase the risk that they would infect older people, who are far more vulnerable to the virus, said Patty Hayes, Seattle and King County public health director, at a news conference Friday.

“When we close a school, children have to go somewhere,” she said. “So if you think about families, who often are the caregivers, it might be grandma, grandpa and elderly members of the family, the exact people that we’re concerned about.”

Health officials confirmed three more deaths Friday, raising the Washington state total to 14. An additional death reported by a hospital there has yet to be confirmed. The only other confirmed death in the U.S. occurred in Rocklin, Calif.

The number of confirmed cases of COVID-19 in Washington is at least 83.

University of Washington officials said Friday that a staff member had received a presumptive positive test for COVID-19 and was staying home in quarantine.

The university’s president, Ana Mari Cauce, said in an email to faculty and staff that finishing the winter term online is a health precaution that also “provides our facilities crews additional time to deep clean classrooms, auditoriums, libraries, restrooms and other public spaces, as is their standard practice.”

Soon after, Seattle University, with about 5,000 students, announced it too was canceling in-person classes for the next two weeks.

But at the elementary and high school level, the equation is different, health officials said.

Dr. Jeff Duchin, the Seattle and King County public health officer, said Wednesday that officials learned the disadvantages of closing schools during the H1N1 swine flu pandemic a decade ago. “We closed schools during H1N1 and we saw tremendous community disruption,” he said.

During that outbreak in 2009-10, officials found that keeping children out of school meant that many parents, including health workers needed to care for patients, had to stay home, he said.

It’s unclear what role children might play in transmitting the new coronavirus. Experts said it is now clear that their rate of serious illness is far lower than it is for adults.

“If this disease was very harmful to children, we would be closing schools at a much lower threshold,” Duchin said.

School closures “remain in the toolkit,” however, he said. “We’re going to reassess every day, really, and adjust our strategies as necessary” in close consultation with the Centers for Disease Control and Prevention, he said.

School administrators have been weighing the options. Rob Phillips, who heads Seattle Academy, a private middle and high school in Seattle with about 940 students, wrote in a letter to parents that the school would close for six weeks, given that he believes it would be forced to shut at some point.

“I don’t see the benefit in waiting until that happens, and then reacting,” he wrote. “There comes a point where the best way to deal with the mounting variables is to begin to take control of the situation when and where we can.”

Randy Matheson, a spokesman for the Renton School District southeast of Seattle, said that guidance from health officials kept changing.

On Monday, the district closed Hazen High School after learning that the mother of a student had tested positive for the virus. The school, which has 1,600 students, had been disinfected over the weekend.

But results weren’t yet available from a coronavirus test on the student, who has not come to school in more than a week.

“On Tuesday we opened it back up, because we weren’t given any guidance of what we should do with the schools,” Matheson said.

Later Tuesday, however, the test result came back as positive. At 11 p.m. that day, he said, “the health department finally tagged in on this work and decided along with the CDC that we should close the school, as they decided what other students and staff needed to be tested, if any.”

Because the school was already closed, administrators decided to keep it shut through Friday.

“It leaves us and our families and communities a bit confused, worried and also in need of a little more direction,” Matheson said.

Now parents are circulating an online petition calling for Renton schools to be closed.