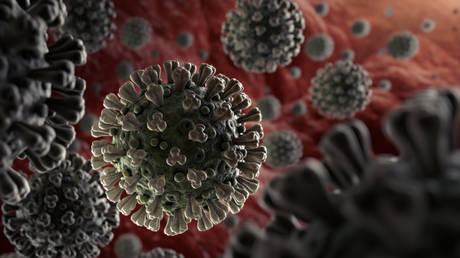 Leading member of Germany’s Green Party Jürgen Trittin called on the World Health Organization to investigate the origins of the coronavirus so as to counter ‘conspiracy theorists’ such as the US Secretary of State Mike Pompeo.

Trittin reacted on Monday to claims by the top US diplomat that there was “enormous evidence” the Covid-19 pathogen originated in a Chinese laboratory, calling Pompeo a “conspiracy theorist” and demanding a WHO-led independent probe to clear the air.

“Secret services with their political interests are obviously unsuitable as [sources of enlightenment] in the corona crisis,” Trittin said in a letter demanding answers from the German federal government. Greens have been an opposition party since 2015.

He was skeptical of media reports that Pompeo’s alleged evidence was obtained through the ‘Five Eyes’ intelligence network, which includes the US, UK, Canada, New Zealand and Australia – but not Germany, a NATO ally of Washington.

Pompeo and US President Donald Trump have both blamed Beijing for the spread of the virus, which was first registered in Wuhan, in China’s Hubei province, last December. Since then, the virus has spread to almost every corner of the world, infecting 3,5 million people and killing almost 250,000.

Lockdown measures implemented in Wuhan and Hubei have since been replicated elsewhere. While Beijing claims they were entirely successful in eliminating the virus, the US has suffered more than a million infections and almost 70,000 deaths, while its economy has ground to a standstill.

Also on rt.com
Covid contradiction? Pompeo believes coronavirus was ‘man-made,’ also agrees with intelligence that it was not


During a TV appearance on Sunday, Pompeo claimed that that “best experts so far seem to think it was man-made,” though the US intelligence community said last week that it agreed with the scientific consensus about the virus probably originating in nature.

Scientists around the world have argued that the virus’s structure proves it was not genetically engineered in a laboratory but must have evolved naturally in an animal species before jumping to humans, but there has been no satisfactory explanation yet as to which animal is the “reservoir” species.

There is no official explanation where the virus originated, either, with the original theory that it came from an animal sold at a “wet market” in Wuhan now widely rejected for lack of evidence. Trump, Pompeo and others have pointed the finger at the Wuhan Institute of Virology, which researched bat coronaviruses, and suggested a sample may have accidentally escaped the lab.

In his condemnation of “conspiracy theories,” Trittin has called on the WHO to launch an impartial and independent investigation of the virus’s origins. It is unlikely that Washington would accept WHO’s findings, however, given Trump’s accusations that the world body has followed Beijing’s lead in misinforming humanity about the virus, which he cited as the reason to freeze US funding for the organization last month.