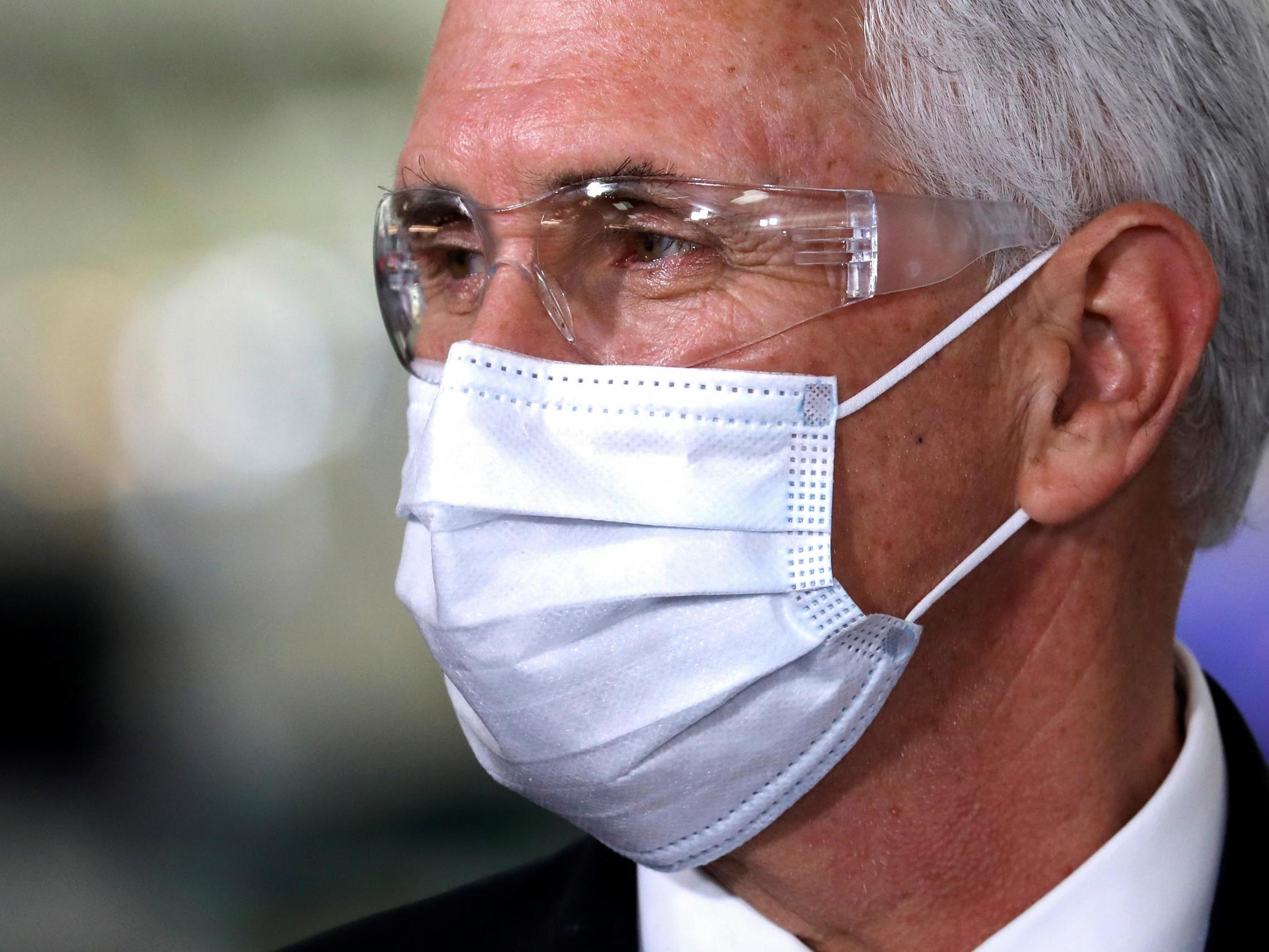 The Wall Street Journal reported the vice president saying that responsibility for the administration’s response would shift to government agencies and departments.

Discussions are preliminary and there is no set date as to when the shift will happen, but Mr Pence said that they are looking at “the Memorial day window, early June window”.

He also said that he is in talks with the Federal Emergency Management Agency (FEMA) about formulating a “transition plan.”

“We’re having conversations about that and about what the proper time is for the task force to complete its work and for the ongoing efforts to take place on an agency-by-agency level,” the vice president added.

Members of the task force, including Dr Deborah Birx and Dr Anthony Fauci will still be consulted and involved in conversations with state officials and industry leaders.

A formal end date may not be set. The task force is already meeting less frequently, and President Donald Trump is no longer linking his press briefings with the activities of the group.

Both the president and Mr Pence are also gradually ramping up their travel schedules and focussing more on opening up the country and getting people back to work, likely keeping in mind November’s election and the current dire economic situation.

The New York Times reported a senior official saying that the administration’s response will now focus more on therapeutics, vaccine development and testing. A separate group focussed on coronavirus led by Jared Kushner, Trump’s advisor and son-in-law, will likely continue working and is also said to be focussed on therapeutics.

The announcement comes as there is growing evidence that while cases are levelling off in places initially hit hard by the virus, such as New York, cases continue to grow in many other parts of the country.

The model created by the Institute for Health Metrics and Evaluation at the University of Washington now projects a doubling of US coronavirus deaths by 4 August, putting the total at approximately 134,000.

A separate Trump administration model projects an increase in coronavirus deaths to approximately 3,000 per day by 1 June.

The projected increases in both models are linked to the relaxed stance on social distancing adopted by several states.