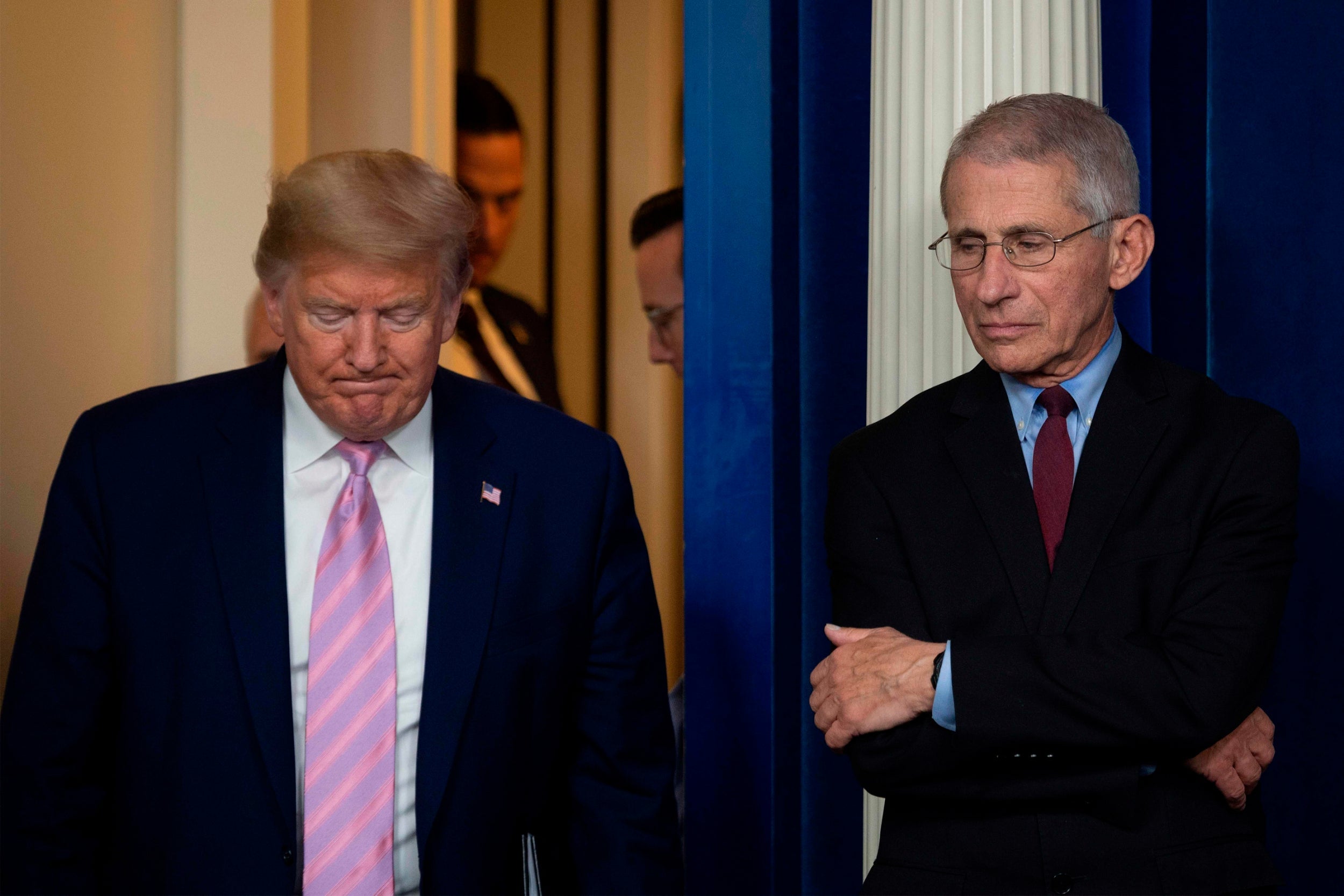 Donald Trump has continued to pressure the American public into taking an anti-malaria medication to treat Covid-19 symptoms despite the lack of evidence thus far showing the drug could have an impact.

The president’s praise for the medication came again during his daily press briefing on Saturday.

Clinical trials launched last month for hydroxychloroquine, a variant of chloroquine, but there has been no definitive study to show the drug can prevent or diminish Covid-19 symptoms. It was previously approved for use in malaria patients and to aid lupus sufferers.

The Mayo Clinic released a warning for healthcare providers last week about the dangers the drug could pose on some patients, which includes it potentially causing sudden cardiac death when taken. The European Commission also announced on Tuesday there was no proof hydroxychloroquine or chloroquine, which is also used for malaria, could treat the coronavirus.

“The efficacy of hydroxychloroquine in the treatment of Covid-19 patients has to date not been proved,” a spokesman for the European Commission said.

But on Sunday, the FDA authorised emergency use for the drug on Covid-19 patients.

“The question I most hate the answer to is what happens if you do have a ventilator? What are your chances? I just hope that hydroxychloroquine wins,” Mr Trump told the public on Saturday.

Patients going on ventilators has been the concern with the virus because of how it attacks the upper respiratory system. Once a patient goes on a ventilator, their chances of survival diminish.

So scientists are working to find drug therapies, such as hydroxychloroquine, to relieve symptoms created by Covid-19.

“Hydroxychloroquine. Try it. If you’d like,” the president added, saying people should talk to their doctors about the potential benefits. “Take it.”

The president’s response about the drug starkly contrasted with infectious disease expert Dr Anthony Fauci, who said during the press briefing scientists have yet to find “data to say anything definitively” about the drug’s benefits.

Clinical studies are testing if hydroxychloroquine could be preventative, meaning it could stop someone from getting the virus, and if it could lessen Covid-19 symptoms in patients already infected.

Scientists from the University of Minnesota, which is leading two clinical trials, previously told The Independent that there will not be data into the potential benefits of hydroxychlorquine, if there are any, for another month.