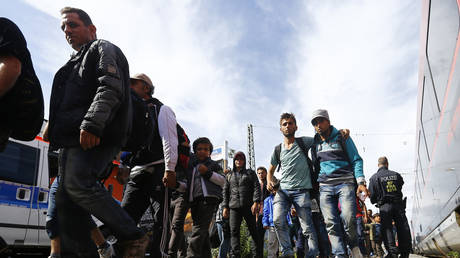 The vice mayor of Vienna and high-ranking member of Austria’s anti-immigration party faced accusations of racism after he blamed the rise in daily Covid-19 infections on the local migrant community.

“It is now clear… that the increasing coronavirus numbers in Vienna can only be attributed to asylum seekers,” Vice Mayor Dominik Nepp said on Monday, after a recent testing campaign at migrants’ quarters in the district of Erdberg revealed 26 new Covid-19 cases, four of whom work as caregivers.

“While Austrians sometimes wait for a coronavirus test for weeks and have to go into quarantine for two weeks, all asylum seekers were tested quickly and are now spared isolation,” the vice mayor said before taking aim at the migrants.

So, one may speak right now of an asylum virus in the federal capital at [the] present time.

Unsurprisingly, local politicians reacted angrily to the generalization, with some even demanding that a criminal case be opened. “This is the most disgusting racist garbage,” Green MP Meri Disoski commented. The party will demand Nepp’s resignation, she tweeted.

Sabine Schatz, a social democrat, described it as “despicable and intolerable,” predicting that FPO’s election campaign in Vienna would “probably be second-rate again.”

The internet has been equally unforgiving to Nepp, who probably created another headache for the controversy-prone FPO. Some likened his rhetoric to that of the Nazis, while others said he could be right because “20 out of 50” new coronavirus cases have come from the quarters in question.

Also on rt.com
Your passport and corona test, please: Vienna airport starts on-site screening for those who wish to avoid quarantine


Meanwhile, the troubled facility, called Haus Erdberg, was evacuated and the entire building was disinfected.

he evacuees have since been placed in a care center called Messe Wien, but rioted there against the isolation regime, according to an FPO press release.

Austria has recently relaxed some of its lockdown restrictions, allowing some non-essential businesses to open after weeks of closure. So far, it has reported over 15,600 coronavirus patients and over 600 deaths.