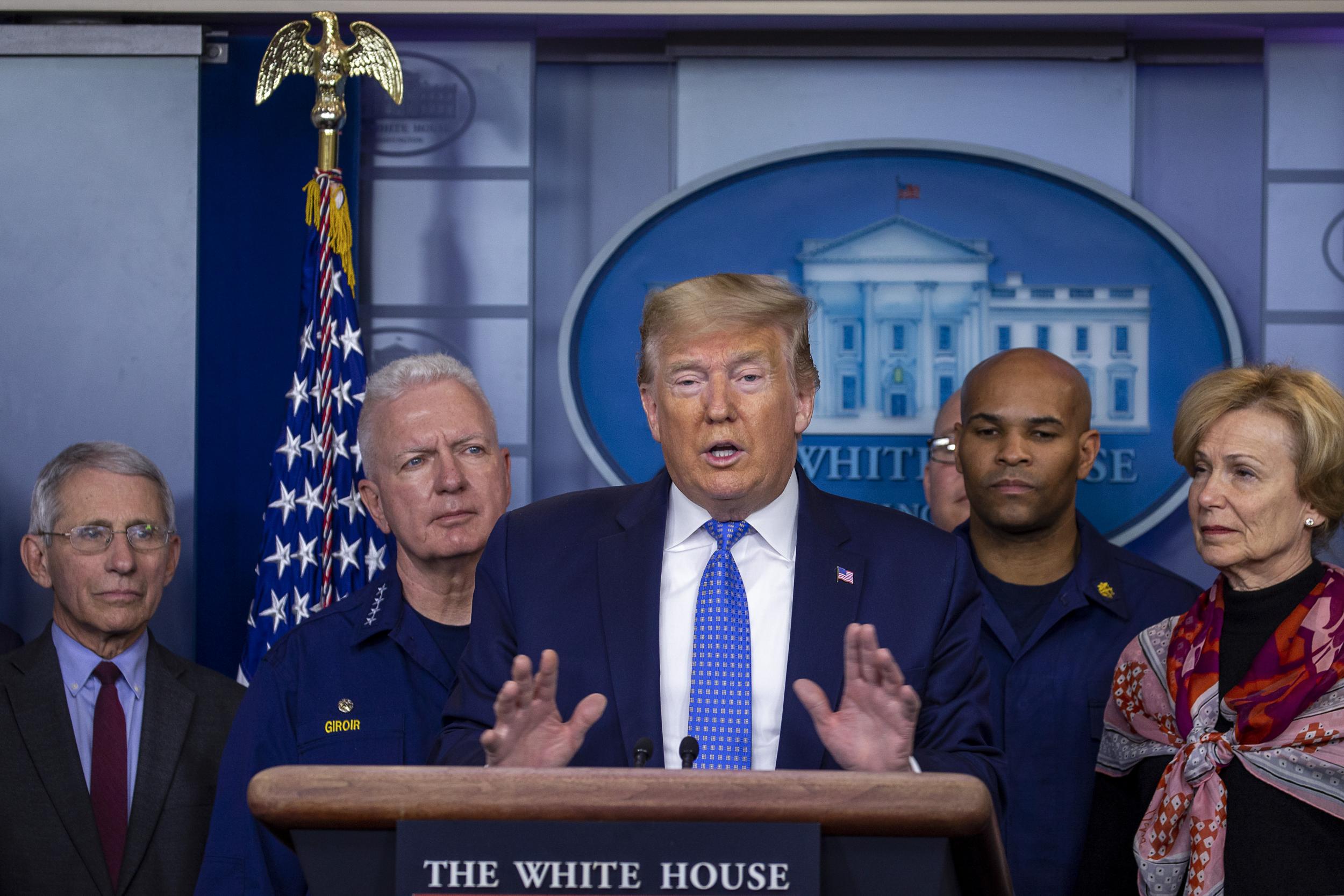 A video has emerged of Donald Trump talking about cutting the US pandemic response team in 2018 – days after claiming that he knew nothing about the disbanded White House unit.

Mr Trump said of the pandemic team that “some of the people we’ve cut they haven’t been used for many, many years and if we ever need them we can get them very quickly and rather then spending the money”.

“I’m a business person, I don’t like having thousands of people around when you don’t need them,” he added.

The US president has come under fire in recent days for his decision to disband the National Security Council directorate at the White House responsible for planning the US’s preparedness for future pandemics.

The unit had been established by the previous White House administration in 2014 after the outbreak of Ebola.

A former director of the unit, Dr Beth Cameron, used an op-ed in The Washington Post to say that “it is clear that eliminating the office has contributed to the federal government’s sluggish domestic response”.

In a press conference on Friday, Mr Trump denied knowing anything about the cuts in 2018 when questioned by Yamiche Alcindor, a reporter for PBS.

After denying that his administration was responsible for any failures in the roll-out of American coronavirus testing, Alcindor had asked Mr Trump: “You said that you don’t take responsibility, but you did disband the White House pandemic office, and the officials that were working in that office left this administration abruptly. So what responsibility do you take to that?”

The US president responded by saying: “Well, I just think it’s a nasty question …You say we did that, I don’t know anything about it.”