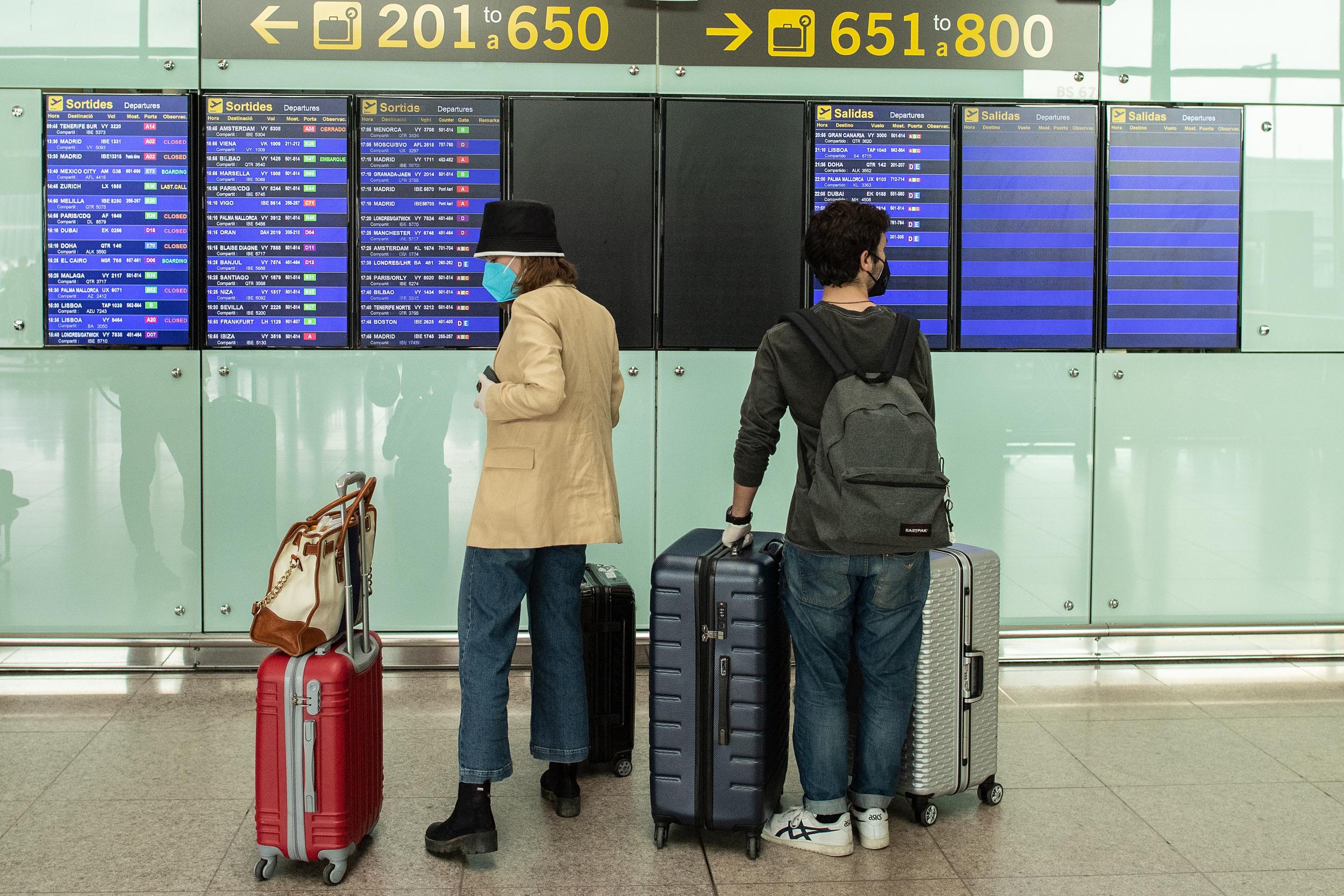 Britain is facing a decision on whether to take part in the EU‘s coronavirus travel ban, with the continent set to turn away all those making non-“essential” journeys and its borders, ports, and airports.

The European Commission has proposed denying entry to the vast majority of people trying to enter European Union for the next 30-days, with the expectation the EU leaders will agree the measure in the coming days.

Though Britain is no longer an EU member state, president Ursula von der Leyen has invited the UK to join the restrictions and said British travellers would be treated the same way as other EU nationals.

“The UK citizens are European citizens so of course there are no restrictions for the UK citizens to travel to the continent,” she told reporters on Monday, referring to the UK’s treatment during the Brexit transition period. Ms von der Leyen said measures would “be effective only if we coordinate on the European level”.

The Foreign Office has already warned the public to avoid all but essential travel – though the UK has not imposed a ban or restricted incoming travellers.

But speaking on Tuesday Dominic Raab did not indicate whether the UK would take part in the ban.

A UK government spokesperson also would not be drawn on whether Britain would take part in the EU scheme, telling reporters: “The UK can choose whether to opt in to this proposal if it is agreed. We will make our own decisions on entry to the UK, notably on the basis of our scientific advice.

“The Commission President has indicated that UK travellers will not be affected by these measures”.

The UK has taken a softer-touch approach combatting Covid-19 than most EU member states, where lockdowns are in effect and restrictions on gatherings have been put in place.

The UK spokesperson confirmed the British government had been consulted on the proposed ban, stating: “The Commission President discussed this with the UK and other G7 members. We remain in touch with a wide range of European and international partners on their response to the global pandemic”.

Under the Commission plans, nationals of all EU member states and countries in the Schengen area, as well as their long-term residents, would be exempt from the ban “for the purposes of returning to their homes”.

The temporary restrictions would also exempt healthcare professionals, frontier workers, diplomats, passengers in transit and those travelling for “imperative family reasons”, as well as refugees.

Ireland is also a complicating factor on the question of whether the UK would take part in the ban, as the Republic is in a passport less common travel area with the UK but not the rest of the EU. The Irish government has said it will examine the proposals but not consider reintroducing a border with Northern Ireland under any circumstances.

The Commission says the proposals would “enable the lifting of internal border control measures” between different EU member states, which some countries have reintroduced since the start of the crisis.

“These measures risk having a serious impact on the functioning of the single market as the EU and the Schengen area is characterised by a high degree of integration, with millions of people crossing internal borders every day,” the Commission proposal said.

Charles Michel, the European Council president said on Tuesday night following a videoconference of EU27 heads of government and state: “To limit the spread of the virus globally we agreed to reinforced our external borders by applying a coordinated temporary restriction of non-essential travel to the EU for a period of 30 days based on the approach proposed by the Commission.”

On Monday President von der Leyen said: “Our measures to contain the Coronavirus outbreak will be effective only if we coordinate on the European level. We have to take exceptional measures to protect the health of our citizens. But let’s make sure goods and essential services continue to flow in our internal market.

“This is the only way to prevent shortages of medical equipment or food. It’s not only an economic issue: our single market is a key instrument of European solidarity. I am in discussion with all Member States so that we confront this challenge together, as a Union.”