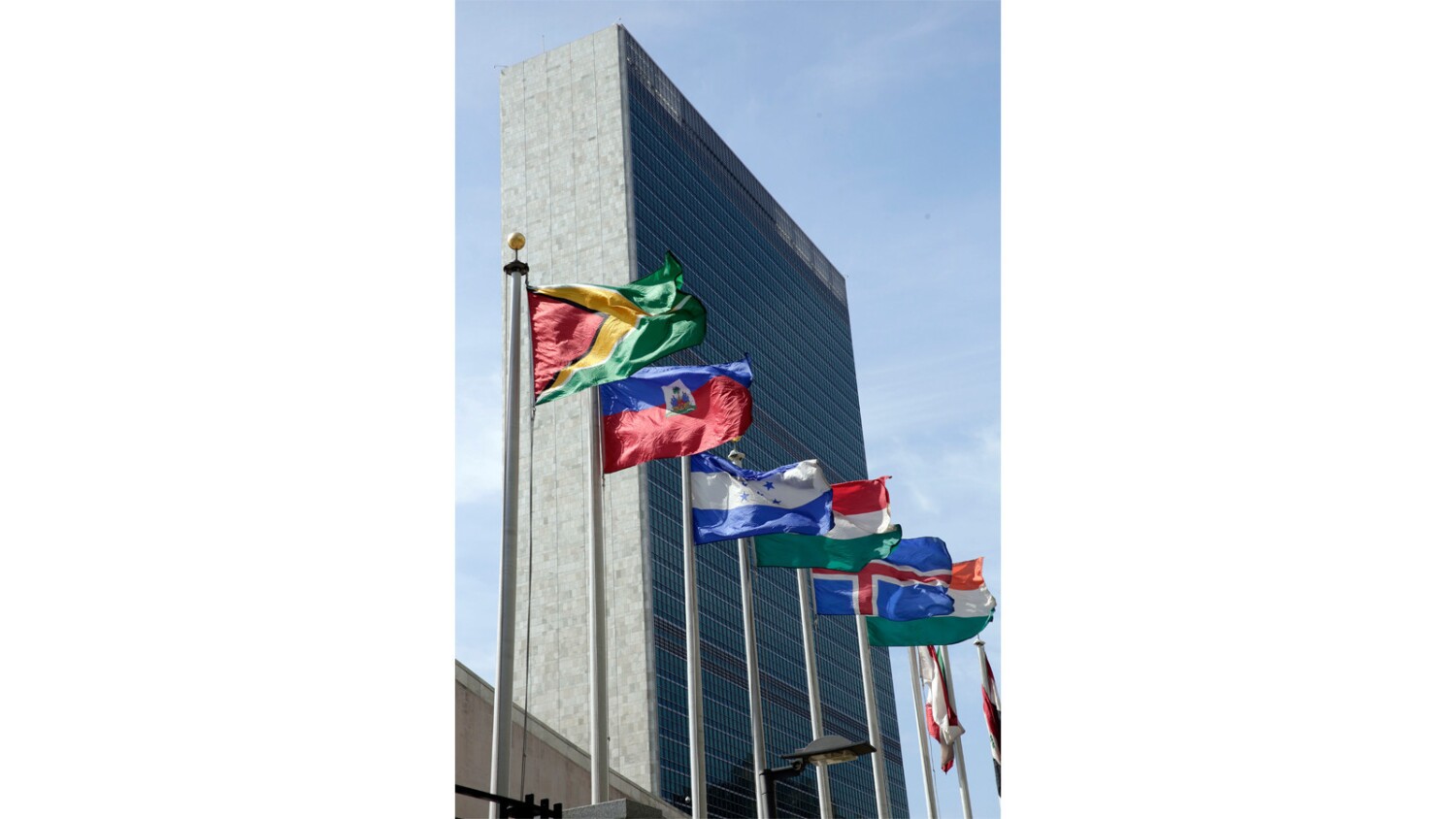 The United Nations on Thursday made an urgent appeal for nearly $7 billion to battle the coronavirus in vulnerable countries where COVID-19 is only starting to spread.

The appeal, nearly triple the amount it requested just two months ago, comes as President Trump plans to freeze aid to the U.N.’s principal health agency, the World Health Organization, and recently declined to participate in a major conference of world powers to pledge money for vaccine development.

Mark Lowcock, the U.N. undersecretary general for humanitarian affairs, said if the appeal is successful, “millions or tens of millions” of lives could be saved. But he warned the greater threat in numerous countries is famine, forced migration, violence and waves of nationalism that have turned governments inward.

“Unless we take action now, we should be prepared for a significant rise in conflict, hunger and poverty; the specter of multiple famines looms,” Lowcock said at a virtual press briefing from New York, where the U.N. is headquartered.

The appeal targets 46 of the world’s poorest countries, including nations devastated by war — like Yemen, Afghanistan and Syria — and others grappling with chronic poverty or dysfunctional health systems, like Bolivia and the Philippines. Also included on the list is Brazil, where President Jair Bolsonaro, an admirer of Trump, continues to downplay the seriousness of the disease.

Most of the countries are in Africa and Latin America, and Lowcock said women and girls are most vulnerable. In part because the population in many of these countries skews young, the disease has not yet infected or killed as many people as in the U.S. and Europe. But the outbreak in those needy countries is not likely to peak for another three to six months, he said. Testing and laboratory capacity is also weak in many of the countries.

David Beasley, executive director of the World Food Program, said the agency is feeding around 100 million people a day. “Unless we can keep those essential operations going, the health pandemic will soon be followed by a hunger pandemic,” he said in the same briefing with Lowcock.

The U.N. said it had raised about $1 billion of the $2 billion it sought in March; the new appeal is for $6.7 billion.

The Trump administration was roundly criticized in public health circles when it announced in mid-April that it was suspending funding to the WHO pending a 60-to-90-day review. Trump accused the agency of pro-China bias that allowed the Chinese government to conceal the extent of the coronavirus as it began to spread globally from the city of Wuhan late last year and early this year.

The U.S. is the largest single donor to the WHO — roughly $400 million last year — but is about a year behind in making payments, a common practice of donor countries at the U.N. Other senior administration officials have said the action against the WHO will not affect money already approved by Congress but to future allotments.

Secretary of State Michael R. Pompeo, who defends U.S. assistance to foreign countries in the pandemic as among the “most generous in the world,” said there are plenty of alternative agencies that the administration can use to funnel aid that would otherwise go to the WHO.

“The WHO failed in its mission to provide the information to the world in a timely fashion about the risk that was emanating from China,” Pompeo told a radio interviewer Thursday. “They knew it; they saw it. … It became a political institution rather than a medical, scientific institution that it was designed to be.”

That made a review essential, he said. In numerous appearances to discuss the topic in recent weeks, Pompeo has hinted the penalty might be broader, including cutting off all funding or demanding that the WHO director resign.

The dispute typifies what has been a steady increase in bitter rhetoric between Beijing and Washington as bilateral relations appear to be unraveling and as Trump seeks to deflect criticism of his own handling of the pandemic.

The administration further signaled its anger by boycotting three key international conferences convened to raise money for research into coronavirus vaccines and other urgent steps. For example, on Monday, the United States did not participate in a virtual summit that ultimately pledged $8 billion for the development of vaccines and treatments.

“It is not clear to me how we [the U.S. government] extricate ourselves from this and go it alone entirely,” said J. Stephen Morrison, director of the Global Health Policy Center in Washington.

“We’re failing to prepare the ground for informed decision making when the most promising vaccine candidates come forward,” he said in a teleconference sponsored by the Center for Strategic and International Studies. The result, he said, is “far less transparency. … It’s going to alienate a good part of the world. And it’s going to leave many of the poor, less well-positioned countries … left on the sidelines.”

A senior State Department official, speaking anonymously in keeping with administration protocol, declined to answer questions on why the United States did not attend the meeting, but said it “would welcome additional high quality, transparent contributions from others.” He said the U.S. was already “in the process” of providing $2.4 billion to the global response to the coronavirus, but it was not clear through what mechanisms.

Another official, the State Department’s director of U.S. foreign assistance resources, James Richardson, said separately that the United States “stands ready to collaborate and cooperate with all partners and international organizations that demonstrate they are effective in executing global health programming and delivering solutions and results to that end.”