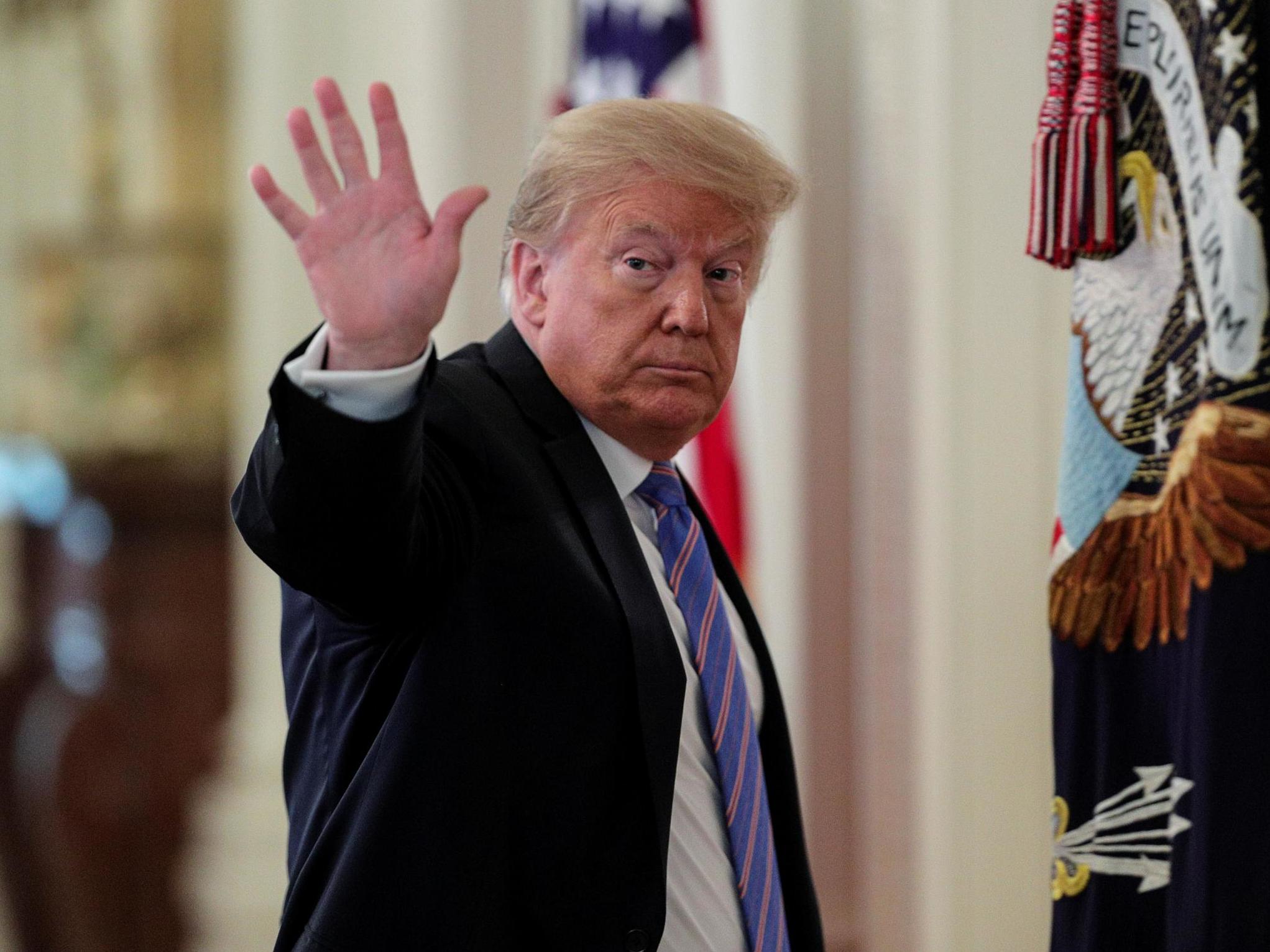 Donald Trump has insisted he was not briefed by intelligence officials over an alleged Russian plot to pay out bounties to Taliban hitmen in exchange for targeting American and British soldiers in Afghanistan to sow unrest, after the president was accused of sitting on the report by his domestic political rivals.

“Intel just reported to me that they did not find this info credible, and therefore did not report it to me or @VP,” he tweeted over night. “Possibly another fabricated Russia Hoax, maybe by the Fake News @nytimesbooks, wanting to make Republicans look bad!!!”

I think he meant to tag in The New York Times’s main account there, not its poor book review team specifically, that message a response to the concerns of Republican senator Lindsey Graham, whom the president spent time with golfing in Sterling, Virginia, over the weekend.

The Trump administration is apparently set to brief “select members of Congress” on the matter today, according to the AP, after The NYT reported that Russia was making overtures to the Islamist militant group just as its elders were holding talks with the US to end the long-running war in Afghanistan.

While intelligence officials have indicated Trump was briefed on the matter earlier this year, he has now twice denied it.

Democratic presumptive presidential nominee Joe Biden has said reports that Trump was aware of the Russian bounties would be a “truly shocking revelation” about the commander-in-chief and his failure to protect US troops in Afghanistan and stand up to Russia.

The Kremlin has, predictably, called the report “nonsense.”

“This unsophisticated plant clearly illustrates the low intellectual abilities of the propagandists of American intelligence, who instead of inventing something more plausible have to make up this nonsense,” the Russian Foreign Ministry said.

A Taliban spokesman said the militants likewise “strongly reject this allegation” and are not “indebted to the beneficence of any intelligence organ or foreign country.”

John Bolton, the former US national security adviser who was forced out by Trump last September and has now written a tell-all book about his time at the White House, said on Sunday that “it is pretty remarkable the president’s going out of his way to say he hasn’t heard anything about it. One asks, why would he do something like that?”

Bolton told NBC’s Meet the Press that he thinks the answer “may be precisely because active Russian aggression like that against the American service members is a very, very serious matter and nothing’s been done about it, if it’s true, for these past four or five months, so it may look like he was negligent. But, of course, he can disown everything if nobody ever told him about it.”

House speaker Nancy Pelosi, one of the few congressional leaders briefed on sensitive intelligence matters, told ABC’s This Week yesterday that she had not been informed about the reported bounties and requested a report to Congress on the matter.

“This is as bad as it gets, and yet the president will not confront the Russians on this score, denies being briefed. Whether he is or not, his administration knows and our allies – some of our allies who work with us in Afghanistan had been briefed and accept this report,” she said.