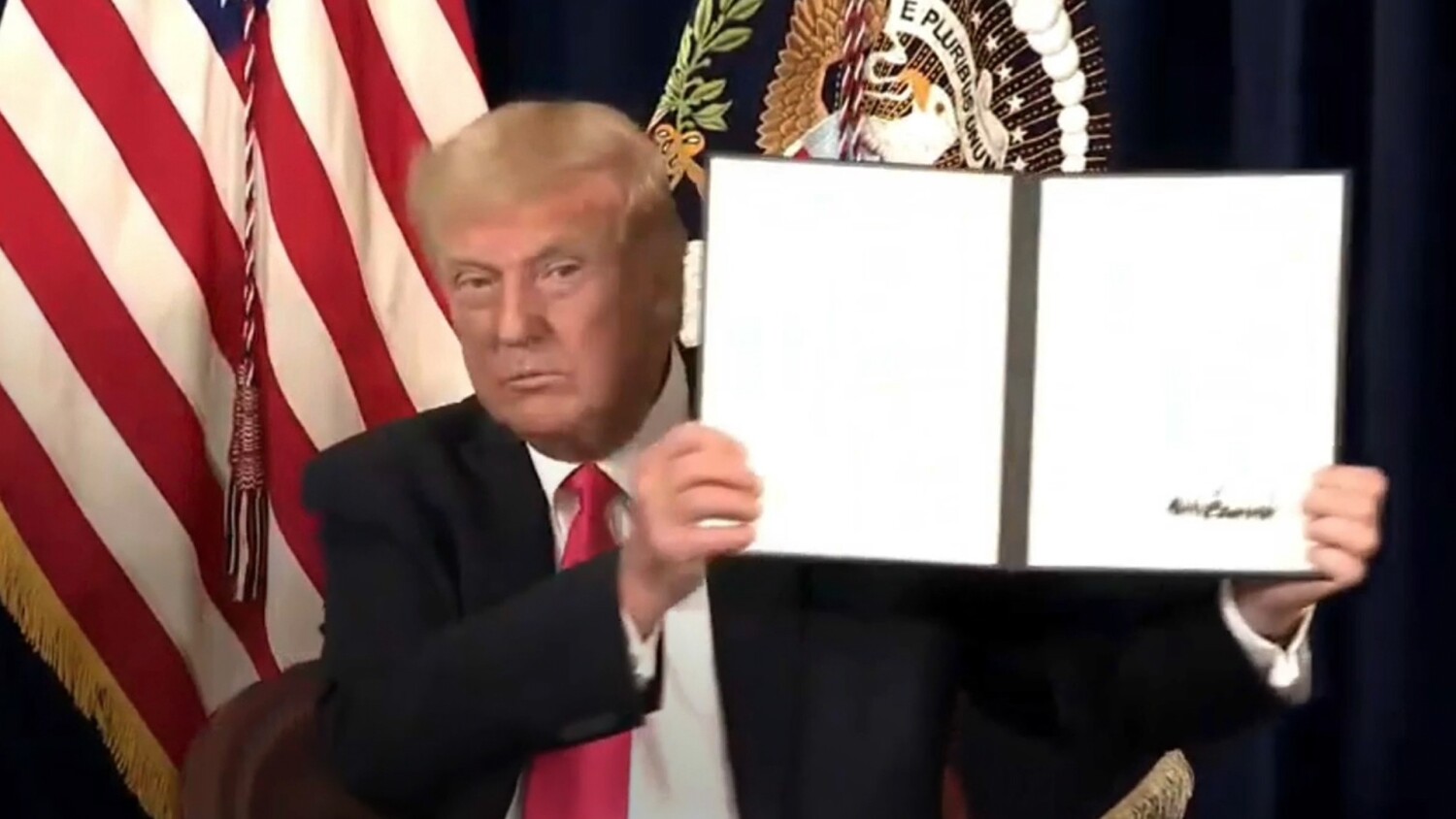 President Trump on Saturday said he was bypassing Congress and taking unilateral action to provide financial relief to Americans struggling during the coronavirus crisis, despite uncertainty about his legal authority to do so.

Following the breakdown of talks on Capitol Hill to reach a bipartisan deal, Trump signed four executive orders that he said would extend enhanced federal unemployment benefits, defer some employees’ payroll taxes, continue a temporary ban on evictions and reduce the burden of student loans.

His action would reduce the temporary federal unemployment add-on for jobless Americans to $400 from the $600-a-week payments that recently expired. To pay for this, Trump is hoping to use $44 billion in previously approved disaster aid to states.

Trump also said states would be asked to contribute 25% of the cost — or $100 per week — raising the possibility that the supplement would only total $300 if states did not participate.

Trump said Americans earning less than $100,000 would be eligible for a payroll tax holiday through the end of this year, after which they would be required to pay the deferred taxes. But he said that if he is reelected in November, he would “forgive” the deferred taxes and make the cut permanent.

Speaking for the second time this week before a small crowd of supporters who cheered the president at his New Jersey golf club, Trump gave a disjointed speech. He accused top congressional Democrats of blocking desperately needed financial assistance, claimed the economy was “coming back very very strong,” and questioned the mental acuity of his Democratic opponent Joe Biden.

The orders Trump signed, he said, would “take care of pretty much this entire situation.”

However, it’s unclear whether Trump has the legal authority to make such changes on his own, because the power to collect taxes, spend money and write laws rests with Congress. His orders are expected to face legal challenges from Democrats that could blunt their impact.

Asked on Saturday whether his decision to reduce the weekly payments to unemployed workers by $200 would pose a hardship, Trump said it would not. “This gives them a great incentive to go back to work,” he said. “There was difficulty with the $600 number because it really was a disincentive.”

The president’s decision to act on his own is the result of his administration’s inability to reach a bipartisan deal with Congress.

Trump may be hoping his orders change the political dynamic around the stalled negotiations. But major areas of disagreement remain after 11 days of negotiations, most crucially over how much to spend overall.

House Speaker Nancy Pelosi (D-San Francisco) told reporters that Democrats offered on Thursday to decrease their ask by $1 trillion if Republicans increased theirs by $1 trillion, compromising at roughly $2.4 trillion. She said the cut would come from making some programs expire earlier than planned.

Democrats made the offer again in a roughly one-hour meeting Friday but were turned down, said Senate Minority Leader Charles E. Schumer (D-N.Y.).

“We could begin to meet in the middle,” he said. “Unfortunately, [Republicans] rejected it. They said they couldn’t go much above their existing $1 trillion, and that was disappointing.”

“I’ve told them, ‘Come back when you’re ready to give us a higher number,’” Pelosi said.

Although both sides have made concessions in some areas, remaining points of disagreement include how much to provide for unemployment insurance, whether to continue delaying student loan payments, whether Congress should impose an eviction moratorium, or help renters make payments, and how much to provide to help schools reopen and to help state and local governments weather the crisis.

In a letter to colleagues Friday, Pelosi laid out the differences that remain, including:

Another major point of contention is the amount at which the federal government should supplement state unemployment insurance.

The $600-a-week extra unemployment benefit that Congress approved in March expired at the end of July. Democrats passed legislation in May that would extent those payments through the end of the year, but Senate Republicans have not acted on it. They have floated multiple counter-proposals, including $400 for 20 weeks or 70% of wage replacement with a $600 cap.

“We have always said that the Republicans and the president do not understand the gravity of the situation, and every time that we have met, it has been reinforced,” Pelosi told reporters.

White House Chief of Staff Mark Meadows said Democrats haven’t been willing to budge on how much they think the federal government should provide to supplement state unemployment insurance or to state and local governments.

“Both of those are still where they were two weeks ago,” Meadows said Friday. He said he was recommending the president issue executive orders for the time being.

“We’re going to take executive orders to try to alleviate some of the pain that people are experiencing,” Meadows said. “This is not a perfect answer — we’ll be the first ones to say that — but it is all that we can do and all the president can do within the confines of his executive power.”