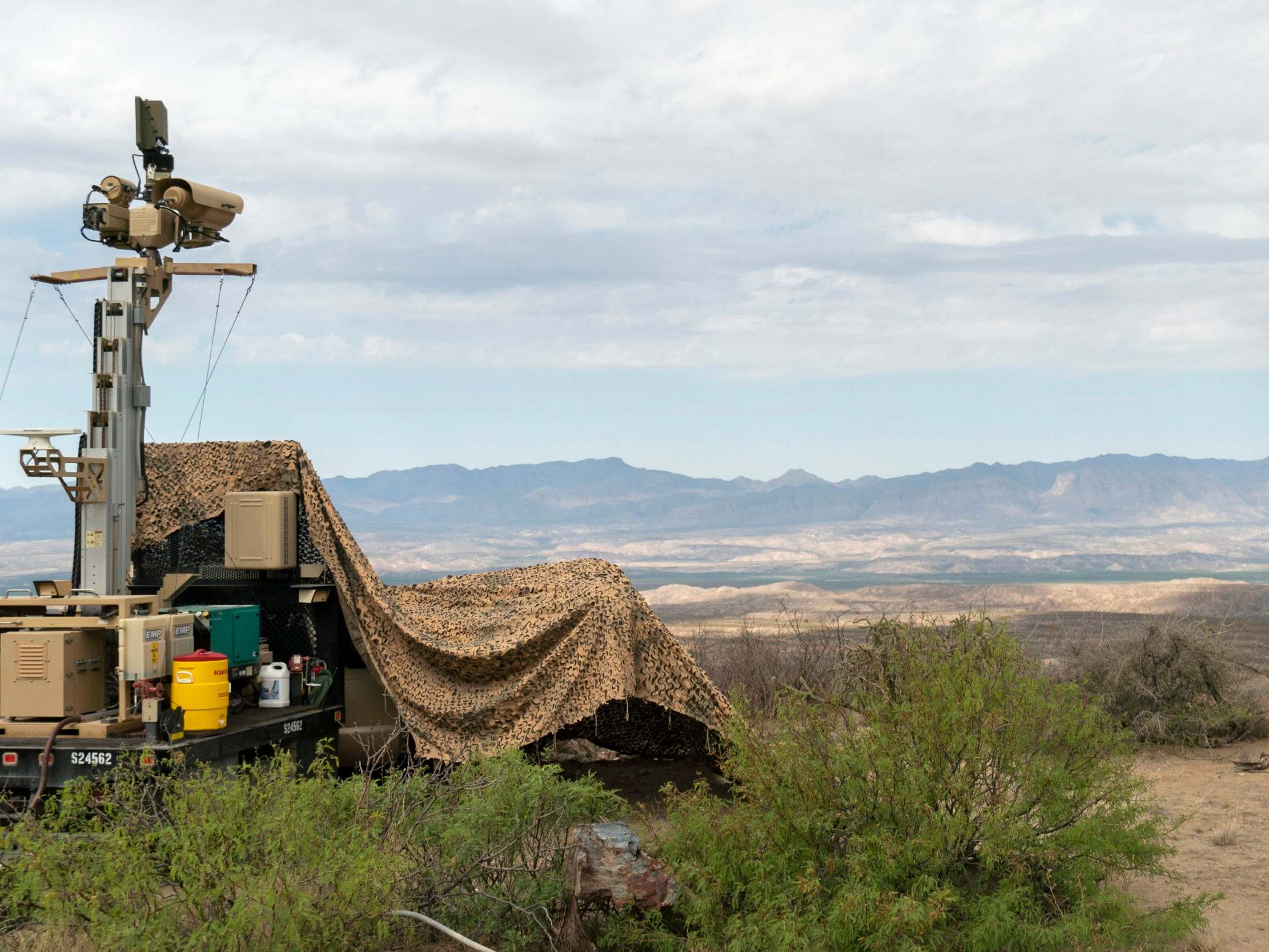 Donald Trump has said that Mexico was having ‘big coronavirus problems’ despite the country’s number of cases being about one third of the United States death toll.

The president, who congratulated himself on having a “very tight” border with Mexico, made the statement despite all confirmed cases of Covid-19 in Mexico standing at 23,471 – almost three times less than all American deaths.

In comparison, the US passed the one million mark for coronavirus cases last week, whilst having the highest death toll of any country anywhere, at almost 69,000 on Monday.

Whilst the US president has been criticised for his management of the crisis, Trump has made repeated claims about border closures during the pandemic in a bid to deflect blame.

“Mexico is sadly experiencing very big CoronaVirus problems, and now California, get this, doesn’t want people coming over the Southern Border. A Classic!”, said Trump on Twitter on Monday.

He added: “They are sooo lucky that I am their President. Border is very tight and the Wall is rapidly being built!”

Trump has claimed that his shutdown of US borders have helped to stop the spread of the pandemic in the US, despite those decisions coming much later than the first reported cases.

The agreement made between the US and Mexico to stop non-essential travel between the two countrys came on March 20, when the US already had almost 20,000 confirmed Covid-19 cases.

At the same time, the president has claimed that his ban on some Chinese arrivals at the beginning of February had prevented the spread of Covid-19.

“Actually tens of thousands of people were allowed in from China, it wasn’t as it was described as this great moment,” Ms Pelosi said.

She added: “So if you’re going to shut the door because you have an evaluation because of an epidemic, then shut the door”.

President Trump’s comments on Monday come despite his own administration and US multinationals pressuring Mexico to keep operating factories during the pandemic that are deemed crucial to supply chains feeding the US.

“The destruction of the economy is also a health threat,” said the US ambassador to Mexico, Christopher Landau, on Twitter in April. “There are risks everywhere, but we don’t all stay at home for fear we are going to get in a car accident.”

The situation has led to outbreaks of Covid-19 infections at a number of factories along the US-Mexico border.