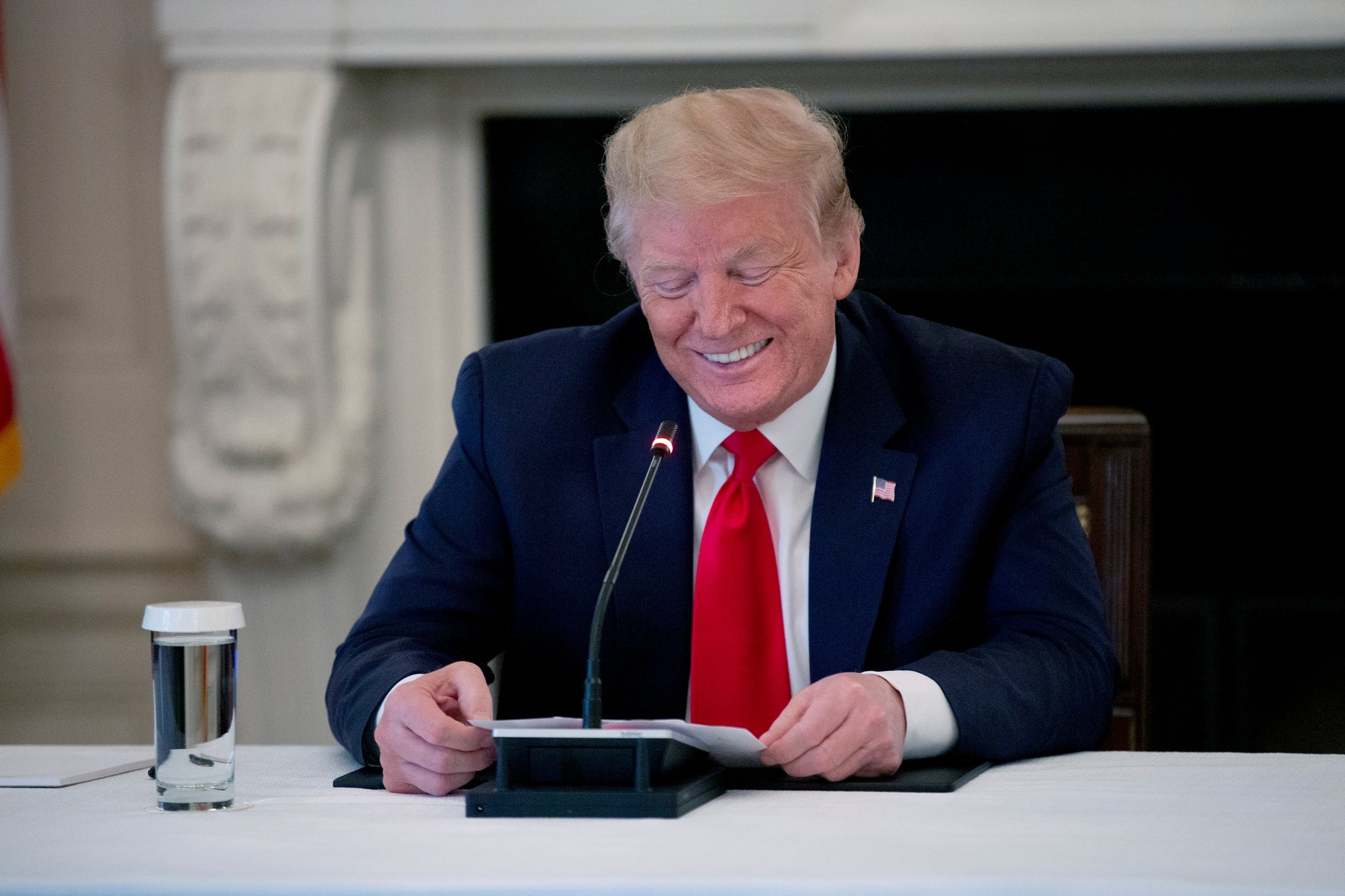 Donald Trump has hailed his administration’s response to the pandemic as a personal triumph – even as the Centres for Disease Control predicted that 3,000 Americans will be dying of coronavirus every day by the start of June.

Mr Trump spoke to the New York Post in the Oval Office and expressed optimism about America’s immediate future, predicting the foundering economy will bounce back as states reopen for business while dismissing the new fatality estimates as “fake news”.

Reporting the president came to the interview equipped with a printed list of his administration’s achievements, the Post said he had boasted about how the coronavirus outbreak further underlined why he should be listened to and taken seriously.

“Now, the one thing that the pandemic has taught us is that I was right. You know, I had people say, ‘No, no, it’s good. You keep – you do this and that.’ Now those people are really agreeing with me. And that includes medicine and other things, you know.”

While it is not clear whether the president specified who he meant by “those people”, or what they had been telling him to do, he has recently tried to make a theme of his supposed foresight and effective handling of the crisis, at one point showing the White House Press Corps a compilation video of footage featuring governors praising him alongside a timeline of his administration’s actions.

However, Mr Trump has faced criticism over several incidents during the pandemic, which would call into question his claim he has been proven right on “medicine”.

For several weeks he touted the anti-malarial drug hydroxychloroquine as a “game-changing” treatment for Covid-19, before the drug was found ineffectual, and the Food and Drug Administration warned against its use.

This was shortly followed by a press briefing in which the president speculated the virus might be destroyed by injecting disinfectant or exposure to ultraviolet light.

His musings led to a rise in calls to poison control hotlines across the country, while footage of respected public health adviser Deborah Birx’s reaction as the president expounded his theories went viral.

The briefings were curtailed shortly afterwards. However, Mr Trump told the Post that he would like to get back to the briefings, citing their high ratings and claiming that “everybody” enjoyed them.