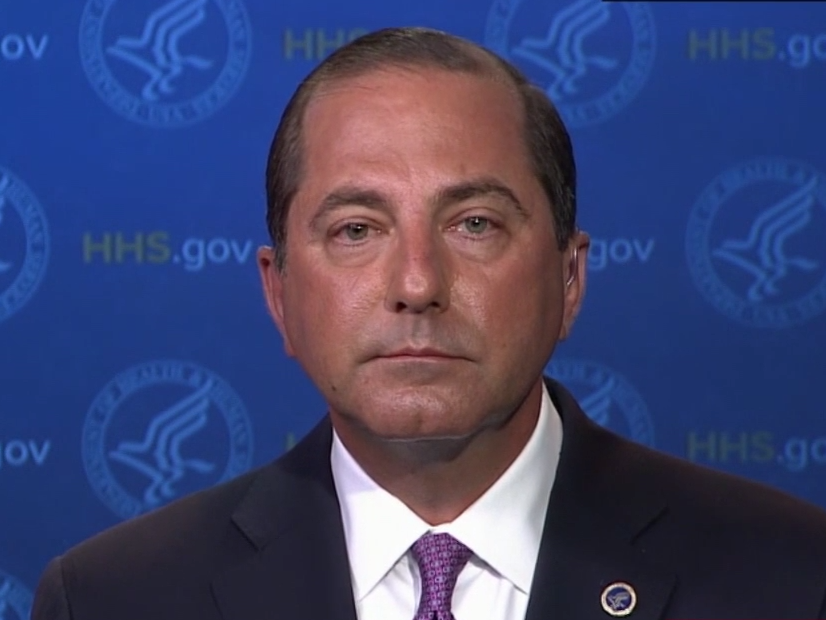 The US health and human services secretary, Alex Azar, has warned that the “window is closing” for the country to control the coronavirus pandemic, amid rising cases across the US.

Speaking to CNN’s Jake Tapper on Sunday, Mr Azar said that with cases rising across the US, following an easing of lockdown measures, the pandemic still needs to be treated seriously.

“And the window is closing for us to take action and get this under control,” Mr Azar told the host.

At least 36 states across the US have seen a rise in Covid-19 cases over the past few weeks, after two months of steady decline, as states have eased lockdown measures and businesses have reopened.

States including Florida, California and Texas have recorded their highest daily case totals in recent weeks and the US as a whole announced it’s highest total last Friday.

Despite the rise in cases, vice president Mike Pence said during a Coronavirus Task Force press conference on Friday, that the US has “flattened the curve.”

He added: “As we see new cases rising — and we’re tracking them very carefully, there may be a tendency among the American people to think that we are back to that place that we were two months ago.

“That we’re in a time of great losses and great hardship on the American people. The reality is we’re in a much better place.”

In contradiction to the vice president’s optimistic comments, Mr Azar said that the US public needs to continue to take precautions, to prevent further spread.

“We have to act, and people as individuals have to act responsibly. We need to social-distance,” he said.

Mr Azar, who was appointed to his position by president Donald Trump, also called for people to wear face coverings, despite the president refusing to wear one.

He added: “We need to wear our face coverings if we’re in settings where we can’t social-distance, particularly in these hot zones.”

Mr Trump made it clear in early April that he will not wear a face mask in public, and has only been pictured wearing one once.

“I just don’t want to wear one,” he said in April, and his attitude has been adopted by some supporters of the president, who feel that by not wearing a mask, they are showing their support for Mr Trump.

Speaking to CNN, Republican senator Lamar Alexander said that the US would be in a better position to deal with the crisis, if the president led by example and regularly wore a mask.

“I wish the president would wear a mask, because millions of Americans admire him and would follow his lead,” Mr Alexander said.

“The stakes are much too high for that.”