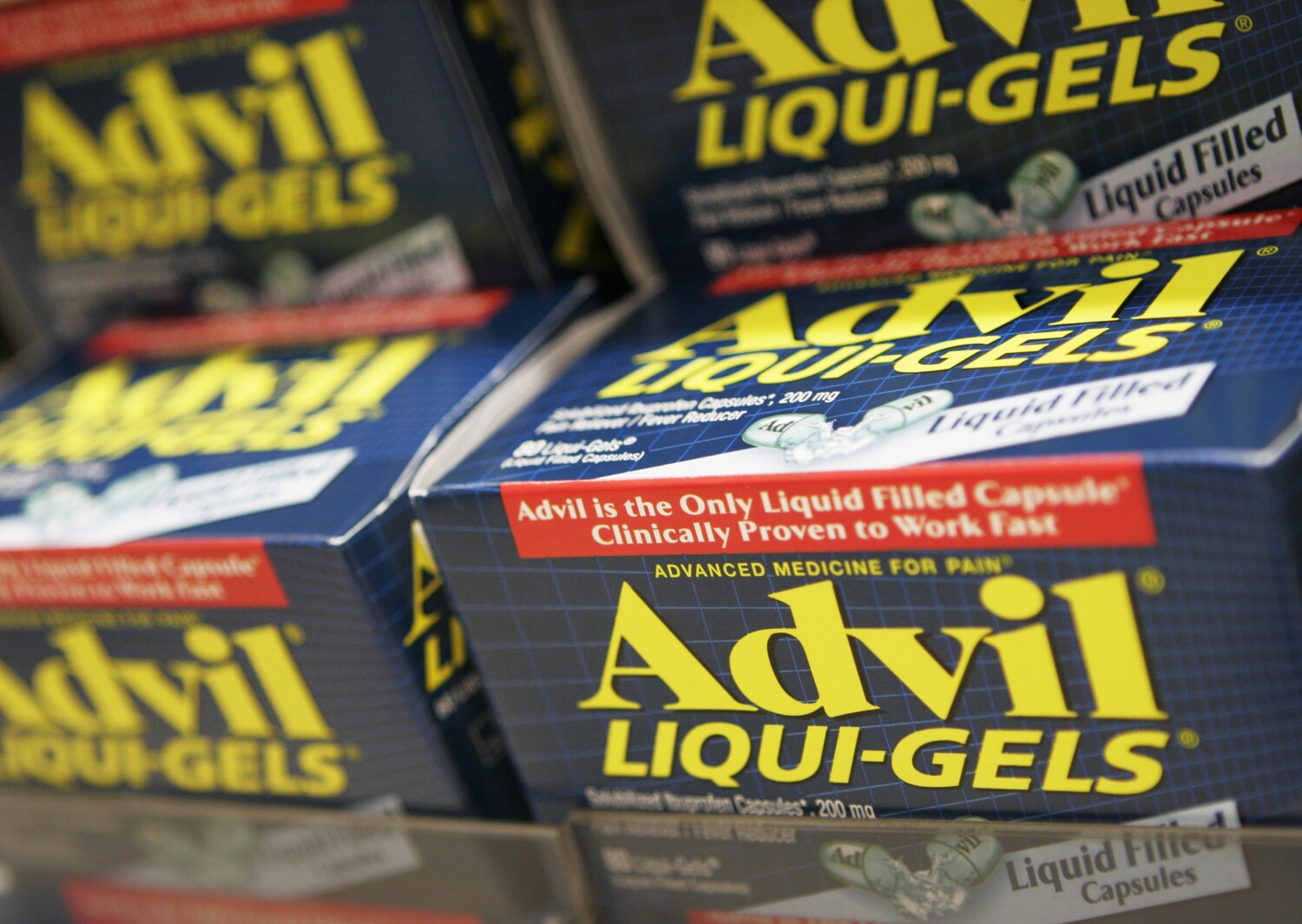 First, some facts: The over-the-counter pain reliever ibuprofen is not linked to a higher risk of COVID-19 infection. Nor has it been linked directly to complications in those infected with the novel coronavirus that has now reached 164 countries. When treating pain or a fever, you may choose ibuprofen (such as Advil or Motrin) or acetaminophen (Tylenol) without needing to worry that your decision has any bearing on the disease at the center of the pandemic.

And now, the reason for using this space to dispense those bland morsels of coronavirus nonnews: A message tweeted Saturday by France’s minister of Solidarity and Health warning that ibuprofen, an anti-inflammatory drug, “could be an aggravating factor” in COVID-19 infection. (So could the steroid medication cortisone, the tweet said.)

In cases of fever, the health minister added, “take paracetamol” — the generic name used in Europe for acetaminophen. And if you are already taking anti-inflammatory medication or have medical concerns, consult your doctor, he advised.

With a novel coronavirus sweeping across the world, consumers are hungry for tips on how to protect themselves and their loved ones from infection. They are keenly attuned to public health advice, whether it is solidly based on evidence, altogether fabricated, or somewhere in between.

French Health Minister Olivier Véran‘s weekend tweet appears to fall in that middle region. As it began circulating widely outside of France this week, it left U.S. doctors, public health officials and communications experts shaking their heads in dismay.

“More research is needed to evaluate reports that ibruprofen may affect the course of COVID-19,” the National Institute for Allergy and Infectious Diseases said in an emailed response. “Currently, there is no evidence that ibuprofen increases the risk of serious complications or of acquiring the virus that causes COVID-19.”

Driving home the point, the U.S. institute’s statement noted: “There is also no conclusive evidence that taking ibuprofen is harmful for other respiratory infections” either.

“There is no clinical data and there are no studies in humans showing that ibuprofen or paracetamol are harmful or beneficial” in those with COVID-19 infection, Kalil said in an interview Tuesday. “Absolutely none.”

On Tuesday, a spokesman for the World Health Organization told reporters that the U.N. health agency’s experts were “looking into this to give further guidance.”

Until those inquiries are complete, “we recommend using rather paracetamol, and do not use ibuprofen as a self-medication. That’s important,” the spokesman, Christian Lindmeier, said.

The back-and-forth over the safety of a common pain reliever underscores how difficult it can be to draw practical advice from the typical conduct of science, especially during a crisis.

Medical journals aim to publish completed research that has been reviewed and critiqued by scientists who are expert in a relevant field of study. But they also publish letters that are not as rigorously vetted.

Sometimes, these letters offer a preliminary look at research findings before they’ve been submitted for peer review. Sometimes, they scour recent research and offer a fresh or contrarian take on the findings. And sometimes, these dispatches offer suggestions for new avenues of research.

The new worries over ibuprofen appear to be based on a “Correspondence” published March 11 in the Lancet, in which the authors appear to do a bit of all three. Their letter explores the mechanisms by which medications that act like ibuprofen might increase the risk of infection with the coronavirus. It notes that people taking such medications were plentiful among a group of 365 seriously ill COVID-19 patients whose cases were chronicled by Chinese physicians in the epidemic’s early days.

Almost all of those patients had serious underlying diseases, noted the authors, a Greek professor of pharmacology and a pair of lung-disease specialists at the University of Basel in Switzerland. The most common among them — diabetes, high blood pressure and heart disease — are often treated by medications that suppress inflammation; indeed, that’s how they are thought to help protect patients against heart attacks and stroke.

Incidentally, however, those medications — including ACE inhibitors and a class of diabetes drugs called thiazolidinediones — increase the abundance of an enzyme that is used by the coronavirus to latch on to cells and infect them. Ibuprofen also suppresses inflammation by the same means, albeit much more weakly.

“We therefore hypothesise that diabetes and hypertension treatment with ACE2-stimulating drugs increases the risk of developing severe and fatal COVID-19,” the authors wrote.

And so, while they take many leaps of reason and are not backed up by research in any animals, Véran’s concerns are not entirely baseless: Experts acknowledge they have what scientists call “biological plausibility.”

Both nonsteroidal anti-inflammatory medications like ibuprofen and corticosteroids like cortisone do tamp down the immune system’s response to infection.

With diseases involving two other novel coronaviruses — severe acute respiratory syndrome (SARS) and Middle East respiratory syndrome (MERS) — studies found that very ill patients who got corticosteroids were no more likely to die than were patients who didn’t take them. But their viral loads, a measure of both a patient’s recovery and his ability to infect others, were slower to decline.

As a result, the WHO has recommended against the routine use of corticosteroids (those that work throughout the body) in the treatment of SARS (which no longer circulates) and MERS (which still does).

Until Tuesday, WHO had made no such pronouncements about ibuprofen.

There’s also reason to believe that for very sick patients, tamping down inflammation may be lifesaving. Chinese physicians scrambling to help a first wave of patients infected with the new coronavirus reported that they administered corticosteroids to just under half of the extremely ill patients they were seeing. Those patients were experiencing potentially life-threatening immune reactions to their infections, and the doctors judged that cortisone treatment would reduce the resulting inflammation in their lungs and elsewhere.

Their numbers, however, were too small to warrant any conclusions about the effects of such treatment.

Kalil said “there is evidence of harm with corticosteroids” in people with COVID-19. But “this is different from ibuprofen,” which acts much more weakly than steroids to suppress inflammation, he added.

He insisted there is “no scientific data in humans in favor or against ibuprofen or paracetamol.” He called the Lancet correspondence “just another opinion” that could prompt further inquiry.

Medical professionals and public health authorities need to “focus on what we need to do,” he said: find out what works and what does not in the treatment and prevention of COVID-19.

That’s a task that Kalil is on. He is principal investigator of a federally funded clinical trial that last week enrolled its first of a planned 400 subjects to test whether existing medicines can treat COVID-19. The trial, to be conducted at as many as 45 sites in the United States and 20 sites in other countries, will look at whether the antiviral medication remdesivir, as well as similar medications, can shorten or reduce the severity of illness in patients with pneumonia induced by the coronavirus.

It wasn’t just doctors who took Véran to task for his shaky advice. Dartmouth political scientist Brendan Nyhan, who studies the power that misinformation and conspiracy theories have over patients, citizens and consumers, said the French minister’s comments appeared to be at best premature. At worst, they were counterproductive, he said.

“Public health officials need to avoid making statements that don’t reflect evidence we have,” Nyhan said. Sometimes, officials do need to rely on educated guesses in a crisis, “but this doesn’t seem to be a decision that had to be made today. The crisis is confusing enough without public health authorities making it worse.”

In addition to dispensing advice that could harm, tweets like Véran’s undermine the public’s trust in the leaders they most need to believe when they are corrected, Nyhan said.

“Trust matters,” he said. “We don’t want to draw down that trust when it’s important for people to listen to public health authorities.”

The antidote for that effect appears to be what’s called a “truth sandwich,” Nyhan said. Its recipe is illustrated in the top of this story: State the established fact first. Then lay on the misinformation that is to be corrected. Then restate the truth.