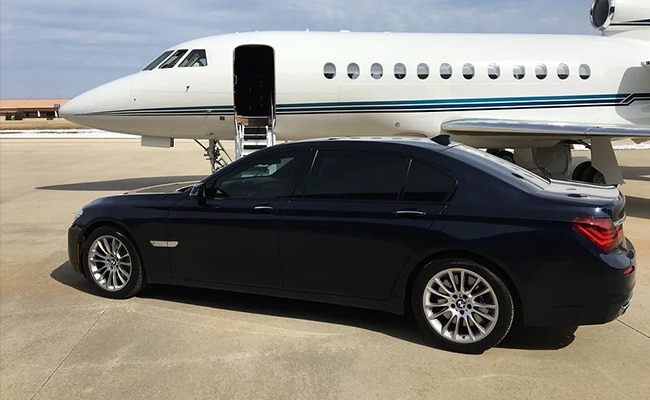 Coronavirus: Costs vary hugely depending on the aircraft, region and number of passengers

With commercial airlines engulfed by the maelstrom of the coronavirus pandemic one sector of the industry favoured by the wealthy is thriving: private jets.

Fears of massive bankruptcies and calls for emergency bailouts have swept global carriers in recent days with one top US official warning that the outbreak threatens the industry even more than the September 11 attacks.

But for Richard Zaher, CEO of a US-based private jet charter company, the emails and phone calls just keep coming.

“Inquiries have gone through the roof,” he told AFP, noting his company Paramount Business Jets had seen a 400 percent increase in queries, with bookings up roughly 20-25 percent.

“It is completely coronavirus,” he added.

“We are seeing our regular private jet clients flying as they normally do. However, we have this surge of clients coming our way and the majority of them have never flown private.”

Across the world airlines have been slashing capacity and passengers cancelling travel plans as countries block arrivals to stem the spread of COVID-19.

ForwardKeys, a travel analytics company, estimates as many as 3.3 million seats on transatlantic flights alone are disappearing.

Zaher said many new bookings were from clients who had emergencies and either could not find seats on commercial routes or did not want to risk them.

One recent booking involved a woman who flew her elderly mother across the United States.

“Her mum was on oxygen and needed to be flown coast to coast,” Zaher said.

“They felt it was necessary to pay a premium in order to avoid flying commercial and to be together during this uncertain time.”

Customs without the crowds

Costs vary hugely depending on the aircraft, region, number of passengers and duration of the flight.

But booking a private flight from the UK to the south of France can set you back just over $10,000.

In Asia, where the outbreak originated, charter companies said the past two months had seen a sustained increase in new customers, as people who fled the virus in January returned in March from places now experiencing their own epidemics.

Commercial flights to and from China have dropped by around 90 percent in the past two months.

A spokeswoman for Air Charter Service in Hong Kong told AFP they had seen a 70 percent increase in fixed bookings from the financial hub, Shanghai, and Beijing in January and February, and had recorded a 170 percent jump in new customers during the same period.

“It is the kind of people who are wealthy enough but who would not necessarily charter, who are maybe chartering as a one-off,” said James Royds-Jones, Air Charter Service’s director of executive jets for Asia Pacific.

One recent job involved a family moving from Hong Kong to the Thai city of Chiang Mai.

“People are just trying to almost pack their house into a private jet,” he said.

“Also relocating, I guess the one good thing about the private jet side of things… you can have your pets with you.”

Daniel Tang, from Hong Kong-based charter company MayJets, said he was receiving five times the number of enquiries than normal with three times more bookings since the outbreak began.

Clients were choosing to charter because they did not want to be confined with hundreds of people with “unknown” travel histories, and noted that private passengers usually cleared customs and immigration separate from the crowded main airport terminals.

“Both of these are usually just the perks of flying on a private jet but have become an invaluable advantage to chartering a private jet during these uncertain times,” he said.

But Tang said the increasingly restrictive travel conditions — with many countries requiring EU nationals to quarantine, if not banning them from entry entirely — would ultimately impact private travel.

“As more and more countries are tightening up their borders, it will become more and more difficult to fly, even for private jets,” he said.