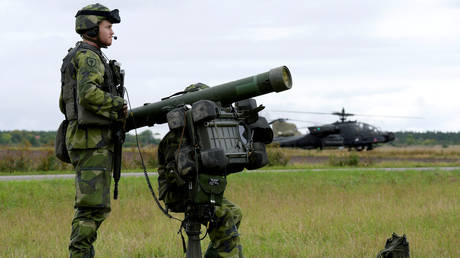 Sweden has decided to indefinitely delay its Aurora 20 military drills, after allies reportedly pulled out over the ongoing Covid-19 crisis. The Scandinavian nation’s troops initially said it was against canceling the exercises.

The country’s military announced on Friday that it would postpone the war games in response to the ongoing health crisis in Sweden and around the world. The drills, scheduled to be held from May 11 through June 4, were supposed to involve 25,000 participants, including 3,000 troops from twelve of Sweden’s allies.

The decision to push back the exercises comes after, according to local media reports, Canada and Germany pulled out from the drills. It is said that Britain decided to substantially scale down its involvement, while Austria reportedly expressed uncertainty over whether it would be in attendance.

Sweden initially expressed unwillingness to reschedule the air, land and sea drills, even as allies announced that they would not participate as initially planned. The drills would have been Sweden’s largest in more than twenty years.

The coronavirus pandemic has shut down many other military exercises throughout the world, including NATO’s massive ‘Defender Europe 2020’ war games.

Unlike nearly all other countries hit by the virus, Sweden has resisted imposing quarantine measures. The country has argued that citizens should be allowed to exercise discretion, while urging the elderly and at-risk to stay home.

Also on rt.com
Sweden says no to quarantine – is this the most reckless or the most proportionate Covid-19 response in the West?