BERLIN and KUALA LUMPUR, Mar 19 (IPS) – It is now clear that most East Asian government responses to novel coronavirus or Covid-19 outbreaks have been effective. In Hong Kong, Japan, Singapore and Taiwan, the number infected have remained relatively low despite their proximity and vulnerability, while containment in China and South Korea has been impressive.

Some other countries hit by the Covid-19 pandemic are trying to replicate East Asian policy responses, not only in public health, but also in handling economic contraction. More than two decades after the 1997-1998 Asian financial crises, some media are praising East Asia again.

The contraction is largely due to the government lockdowns to ensure ‘social distancing’ to check the spread of the virus. Mainstream economists call this a structural or supply side recession, to be overcome by expansionary fiscal and monetary policy, predicted to trigger higher inflation.

Less work has reduced incomes and hence demand. To make matters worse, share price collapses have also reduced wealth income. The crisis also offers an opportunity to reallocate resources, among industries and services, or even spatially, from one region to another.

While the pandemic has hit some activities far more than others, e.g., travel, tourism, retail, events, restaurants, entertainment, schools, universities, etc., the crisis offers an opportunity to shift resources to activities of the future, e.g., renewable energy and care work, besides the urgent need to cope with public health emergencies and order.

But a quicker and more efficient solution is elimination of supply constraints by expediting or even mandatorily reallocating labour and finance. One analogy is the transition from manufacturing gramophone records to producing tape-recorders, CDs, DVDs, i-pods, and smart phones with better techniques. Another is the conversion of energy intensive industries into much more energy efficient operations.

Such structural changes are happening all the time, and should not cause recessions if gradual and small scale. But sudden, large scale structural shifts may be more disruptive as time and effort are needed to reallocate resources. Thus, output drops in declining industries are not immediately compensated by production increases in the emerging new industries. 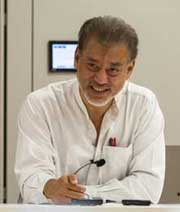 In a market economy, adjustments typically increase unemployment: industries that become less profitable, due to higher costs, may lay off workers; growing unemployment lowers wages, and it may take a while before the lower labour costs make it worthwhile to raise production in other industries.

Without government assistance to retrain laid off workers and encourage new investments, adjustment will be more painful, lengthy and costly. The recessions in Western countries following the oil price rises in 1973, 1979 and 2007 were due to poorly managed ‘structural shifts’.

Transformational recessions in post-communist economies in the 1990s also exemplify poor management of such structural shifts. In many countries, output reductions during such transitions were greater than in the US Great Depression of the 1930s.

Managing structural shifts was generally more successful in East Asia as costs and benefits were generally better shared and governments have been less reluctant to intervene in markets and direct investment finance accordingly.

In China, production of protective masks increased from 15 million daily in early February to over 100 million every day by the end of month! Over 3000 enterprises that previously had nothing to do with health products started producing masks, special protective suits, sanitizers and hygiene goods.

The South Korean company Seegene developed a Covid-19 test kit in three weeks and started mass production with its 395 employees dropping all their other work to focus on making kits. Production of the company’s fifty or so other products temporarily ceased for two weeks. Molecular biologists with PhDs stopped research and development to work on the kit assembly line, as senior scientists packaged the kits.

In Western countries, similar examples can be seen in the conversion of industries to defence production during war. In most countries, state assistance has eased and accelerated such transitions. Increased defence procurement caused US economic growth to speed up after the 1937-38 recession to 17-20% annually during 1941-43.

Centrally planned economies were even better at quickly achieving structural shifts while maintaining full employment. In the late 1930s and early 1940s, just before and during the Second World War, the Soviet Union moved considerable resources from agriculture to industry, and from light to heavy industry, especially for defence.

In 1940, Germany produced twice as much steel and more armaments than the Soviet Union, but by 1943, the USSR had surpassed Germany in producing tanks, aircrafts and artillery, decisively changing the course of the war.

Eight decades later, Professor Jamie Galbraith has argued that there is “no acceptable alternative” to the US government covering the full costs of testing and treating Covid-19 cases, without exception and legal risk; to be effective, care should be universal and free of cost.

If the Covid-19 epidemic continues to spread quickly, the ability of countries to quickly redeploy resources will be crucial, not only for fighting the pandemic, but also to overcome the likely recession.

During the 2008-09 Great Recession, China’s huge fiscal stimulus package mitigated the economic slowdown. Its growth rate dropped from 14% in 2007 to 9% in 2009, as some other countries experienced their deepest post-war recessions, even contractions.

Betting only on market forces to do the necessary is not only slow, but also dangerous. The capacity to cope with the inevitable forthcoming slowdown will depend crucially on how governments manage resources to guide structural transitions.

This opinion draws on an earlier paper by Popov which can be read at:
https://doc-research.org/2020/03/how-to-deal-with-the-coronavirus-economic-recession-social-solidarity-and-state-intervention/

Vladimir Popov is a Research Director in the Dialogue of Civilizations Research Institute in Berlin.

Learn more about the related issues:

Bookmark or share this with others using some popular social bookmarking web sites:

Link to this page from your site/blog