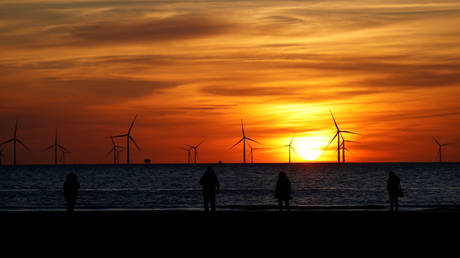 A group of renowned showbiz stars and Nobel Prize recipients, warned against prioritizing Covid-19 over the “ecological disaster.” The internet, however, fired back, accusing them of talking down to working-class people.

Juliette Binoche, one of France’s best-loved film stars, teamed up with astrophysicist Aurelien Barrau to issue yet another call to the world. Published by Le Monde newspaper, it features over 200 signatories, including actors Monica Bellucci, Cate Blanchett and Robert De Niro, singers Ricky Martin and Madonna, and over a dozen Nobel Prize laureates in physics and chemistry.

Calling the coronavirus epidemic – which has so far claimed over 257,000 lives globally – “a tragedy,” they argued that other challenges are also looming over humankind.

The open letter starts with warnings about “the ongoing ecological catastrophe” which threatens “the massive extinction of life on Earth.” Unlike the Covid-19 crisis, they say, a global environmental collapse will have “immeasurable consequences.”

The pursuit of consumerism and an obsession with productivity have led us to deny the value of life itself: that of plants, that of animals, and that of a great number of human beings.

All these perils are man-made, the signatories insist, and most of them are still preventable – provided world leaders make “a profound overhaul of our goals, values, and economies.”

“We believe it is unthinkable to ‘go back to normal’,” the open letter urges, before passionately calling for “the radical transformation we need – at all levels.”

Social media users, however, weren’t impressed by the call. One accused the signatories of being detached from reality.

Of course since you don’t care about the majority of people that is loosing jobs, getting sick and depressed. You live in your beautiful villas or apartments but you are talking about climate change, which is by the way a hoax. We have been taught

It’s easy to preach environmental friendliness “when you are rich and famous,” another noted, but when you are “a simple worker whose job depends on a polluting industry, it’s hard to consider changing everything, at the risk of losing everything.”

There were also a host of skeptical French-speaking netizens who demanded“concrete proposals” from “millionaires who exploded the carbon footprint that no individual will ever reach.” Stopping “making polluting films” and not offering “lessons on sobriety” was named among the options.

Also on rt.com
‘Thanks, celebrities!’ Australian comedian MOCKS the rich & famous for Covid-19 pep talks that ‘REALLY’ get people through (VIDEO)