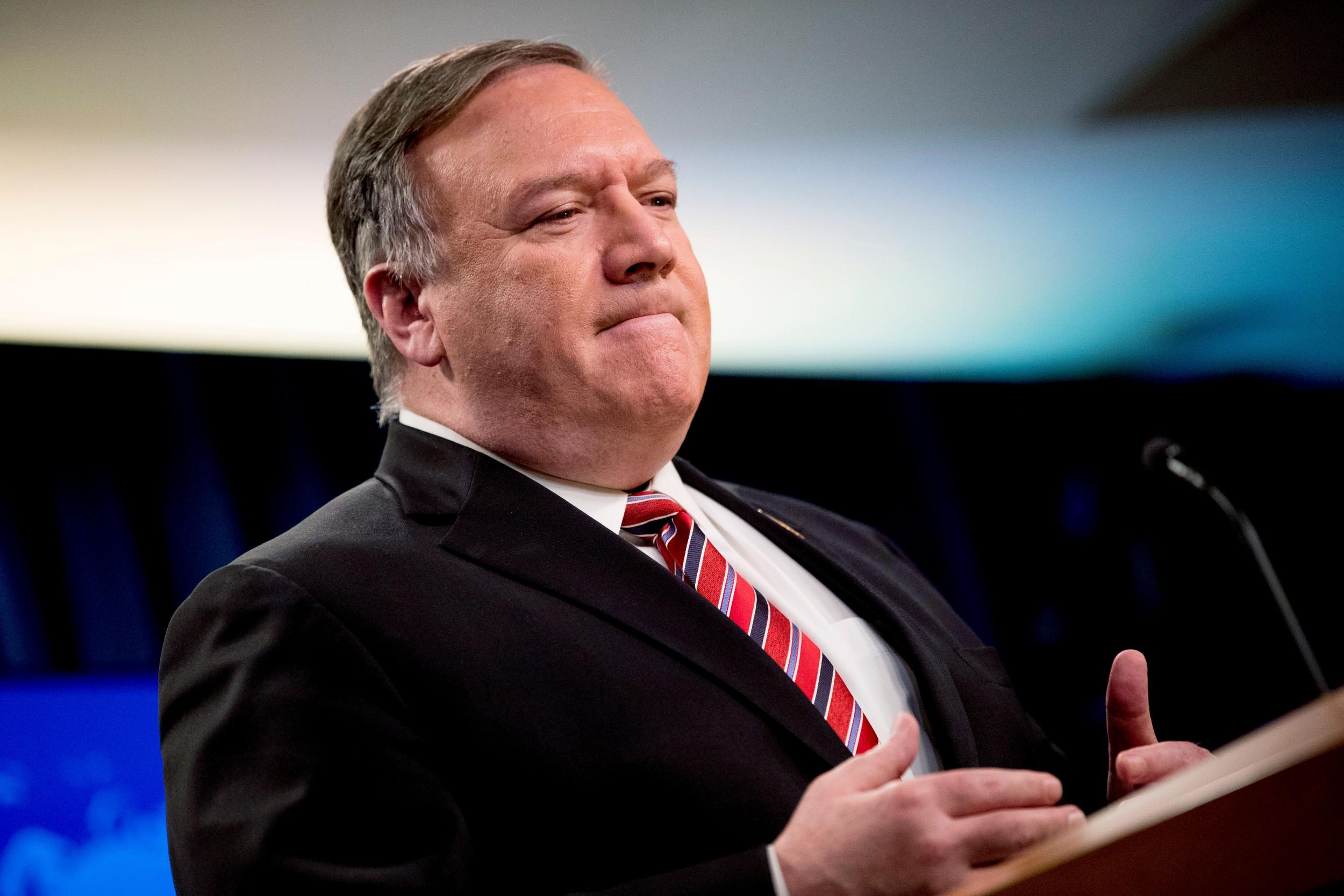 Secretary of State Mike Pompeo said on Sunday there is “enormous evidence” that the coronavirus pandemic originated in a lab in the city of Wuhan and that the Chinese government has attempted to cover up the severity of the initial outbreak.

The US intelligence community announced last week that it has been investigating whether such claims are true about the origins of the virus that has infected more than 1m Americans and killed more than 67,000.

While US intelligence officials do not believe the virus was man-made or genetically modified, according to a statement last week from the office of the Director of National Intelligence Richard Grinnell, Mr Pompeo said in an interview with ABC on Sunday that “there is significant evidence that this came from that laboratory in Wuhan” and suggested that it was in fact man-made.

“Look, the best experts so far seem to think it was man-made. I have no reason to disbelieve that at this point,” Mr Pompeo said. He did not cite any specific evidence to support his statement.

“China has a history of infecting the world,” Mr Pompeo said, adding that the country’s laboratories have “substandard” cleaning and security procedures.

Mr Pompeo’s statements about the origins of the virus mirror the words of his boss, Donald Trump, who claimed last Thursday that he has seen evidence the coronavirus originated from a medical laboratory in Wuhan.

Initial findings suggested that the coronavirus was first transferred from bats to humans at a so-called wet market in Wuhan that sold exotic animals. Most health experts still subscribe to that belief, though Republicans in Washington and some scientists have been pushing the theory that the outbreak actually emanated from a lab that was studying the virus in bats.

Mr Pompeo said on Sunday that the Chinese government sought to cover up the severity of the outbreak of Covid-19 from the rest of the world, a talking point that Republicans have stressed in recent weeks as they continue to shield Donald Trump from criticism for his response to the coronavirus crisis in the US.

“We can confirm that the Chinese Communist Party did all that it could to make sure that the world didn’t learn in a timely fashion about what was taking place,” Mr Pompeo said. “We’ve seen the fact that they kicked the journalists out. We saw the fact that those who were trying to report on this, medical professionals inside of China, were silenced. They shut down reporting.In March, Beijing tightened its censorship process surrounding medical research of the virus and its origins. It has also taken down various scientific research papers on the virus that were previously published on the web.

Republicans in Washington have made a push to focus the conversation about coronavirus on China’s actions in the early stages of the outbreak.

“Don’t defend Trump, other than the China Travel Ban — attack China,” a 57-page memo from the political consulting firm of a veteran Republican strategist earlier this month instructs lawmakers when asked about what went wrong with the response to the pandemic.

Senate Homeland Security and Government Affairs Chairman Ron Johnson, a Republican from Wisconsin, has promised to hold public hearings about the origins of the virus.

The Senate returns for a full-week session on Monday for the first time in nearly two months.