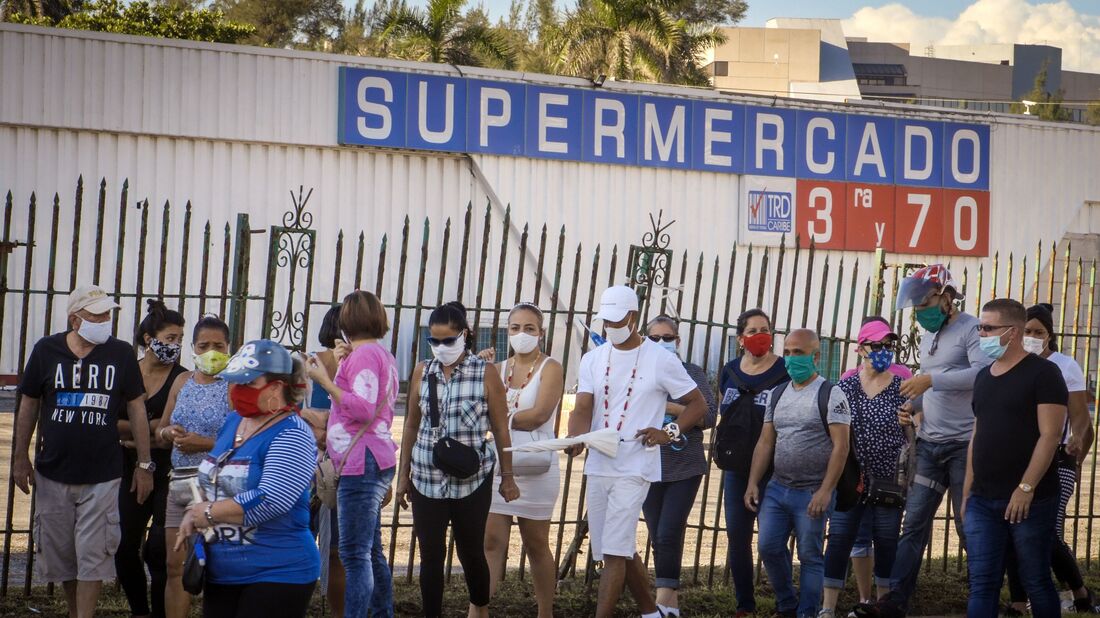 People wait to buy products with U.S. dollars at a supermarket in Havana on July 20. Cuba has eliminated a tax on dollars and opened “dollar stores” in an attempt to boost the economy. 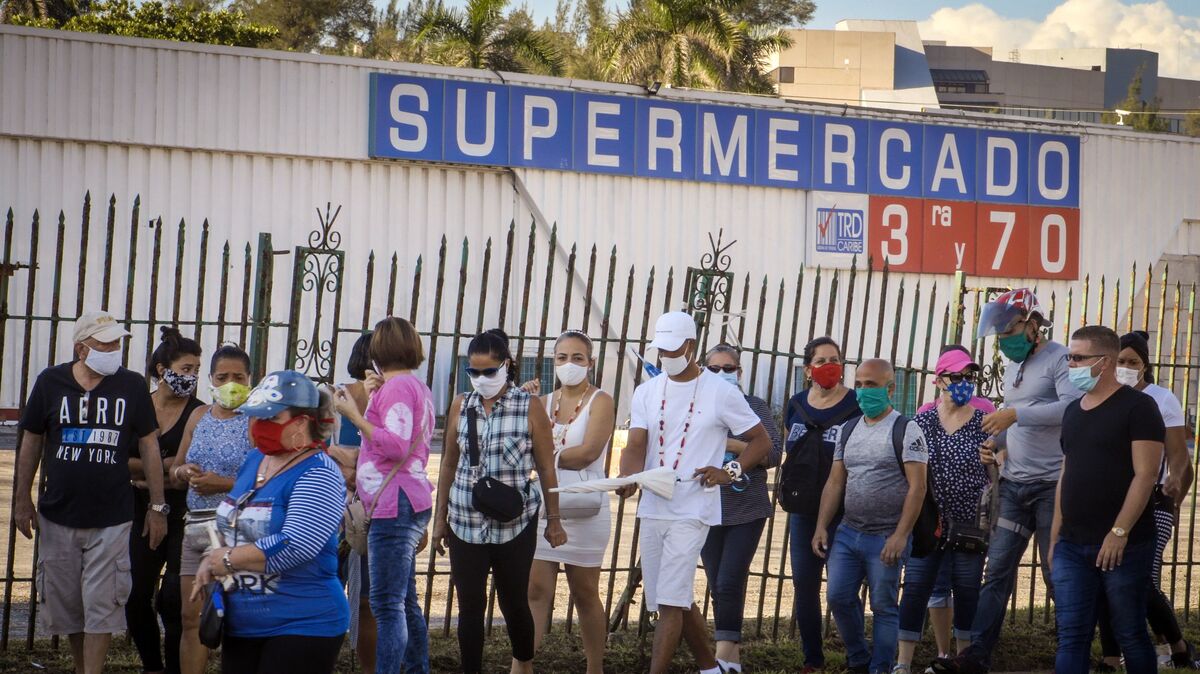 People wait to buy products with U.S. dollars at a supermarket in Havana on July 20. Cuba has eliminated a tax on dollars and opened “dollar stores” in an attempt to boost the economy.

Cuba’s communist leaders appear to be ready to make good on long promised reforms to the island’s state-controlled economy, which has been in a tailspin since the coronavirus lockdown began in March.

Even before the pandemic, the economy was in recession, suffering from reduced Venezuelan subsidies and escalating Trump administration sanctions. Then in March, Cuba banned all air and sea travel to the island, cutting off tourism — a major source of hard currency for the government.

The new “dollar stores,” as Cubans call them, sell food and cleaning products and will add to the roughly 80 the government opened last year that sell mostly appliances and electronics.

But there is little resemblance to “dollar store” discount chains in the U.S. Prices are steep by Cuban standards. In this socialist economy plagued by chronic shortages, the draw of the dollar store is well-stocked shelves.

Video blogger Frank Camallerys used his camera phone to show off some of the pricier items as he strolled through the Línea y 12 shop in Havana.

An 8-pound block of gouda cheese costing $30; a beef steak for $11 a pound; and rows of small soda bottles at a dollar apiece. The prices are way beyond the means of the average Cuban. State salaries in the communist nation are, on average, the equivalent of US$30 a month.

It’s not just the prices that put the stores off limits for many Cubans. It’s also the hassle of getting into one. “I’d have to get up before dawn, grab a bus, and then wait in a line that every day seems to be growing longer,” said would-be shopper Enrique, reached by phone. He works for a state agency and didn’t want to give his full name for fear of reprisals. Enrique said that the last time he looked, the wait was at least several hours long.

Cuba’s government is hoping residents will endure the wait and give up their dollars, which are mostly sent by relatives abroad. The government even dropped a 10% tax on all dollar transactions that had been in place since 2004.

Ted Henken of Baruch College in New York, an expert on the Cuban economy, says Cuba’s regime is facing a huge liquidity crisis.

“This is a quick way they can transfer the money that is in the pockets of Cuban citizens and/or their citizens abroad to fill up its empty coffers so it can buy things abroad,” he said.

Cuba buys as much as 80% of its food and fuel on international markets, something it can’t do with the Cuban peso.

And fuel is in short supply as Venezuela has cut back on shipments of subsidized oil.

So along with opening hard currency stores and dropping the tax on dollar transactions, senior officials, including Cuba’s vice president and minister of foreign investment, announced measures to ease restrictions on Cuba’s private sector, which had been growing before the pandemic. They promised private businesses greater legal protections and the ability to import and export goods.

Additionally, the government will give private businesses access to wholesale markets.

Richard Feinberg, an economist at the University of California San Diego, called the reforms a move in the right direction.

“However, there are reasons for some skepticism,” cautioned Feinberg. “Many of these measures have been announced before several times, so the proof will be in the speed and efficiency and implementation of these measures.”

Communist Party leader Raúl Castro proposed similar reforms a decade ago but was stymied by hardliners in the party. Feinberg says Castro’s hand-picked president, Díaz-Canel, may have better luck.

“Of course, there is no transparency, it’s hard to know,” said Feinberg, “but perhaps the reformers have gained the upper hand with the support of President Díaz-Canel.”

Many Cubans, like computer business owner Liber Puente, are optimistic about the government’s willingness to ease restrictions on the private sector now, because of the worldwide slump.

Puente is struggling after four months of the coronavirus lockdown, but he’s holding on.

“To be alive, breathing and keep operating is a success in Cuba,” said Puente by phone from Havana. And he’s hopeful he’ll soon be able to fulfill his dream and actually grow his computer business.