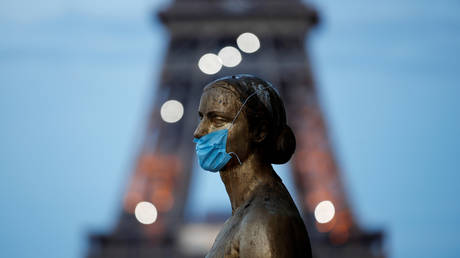 Reports that the first cases of Covid-19 in France could have occurred a month earlier than official figures suggest are “not surprising,” the World Health Organization (WHO) has said.

The WHO said on Tuesday it’s possible that more early cases will now emerge after researchers concluded that the first infection in France was in late December and not January or February, which was originally thought.

French media reported that the Avicenne Hospital in Bobigny re-analyzed negative tests on people who were admitted and diagnosed with pneumonia in December. Of the 24 patients, one came back positive for Covid-19, from December 27.

Also on rt.com
First Covid-19 case in France could have been as early as December, new evidence suggests


The discovery has raised questions about how many other patients may also have been misdiagnosed with pneumonia, and whether current global numbers represent the true spread of the virus.

“It’s also possible there are more early cases to be found,” WHO spokesman Christian Lindmeier told a UN press briefing in Geneva.

Lindmeier encouraged other countries to check their records for cases occurring in late 2019. Doing so would offer a “new and clearer picture” of the pandemic, he said.