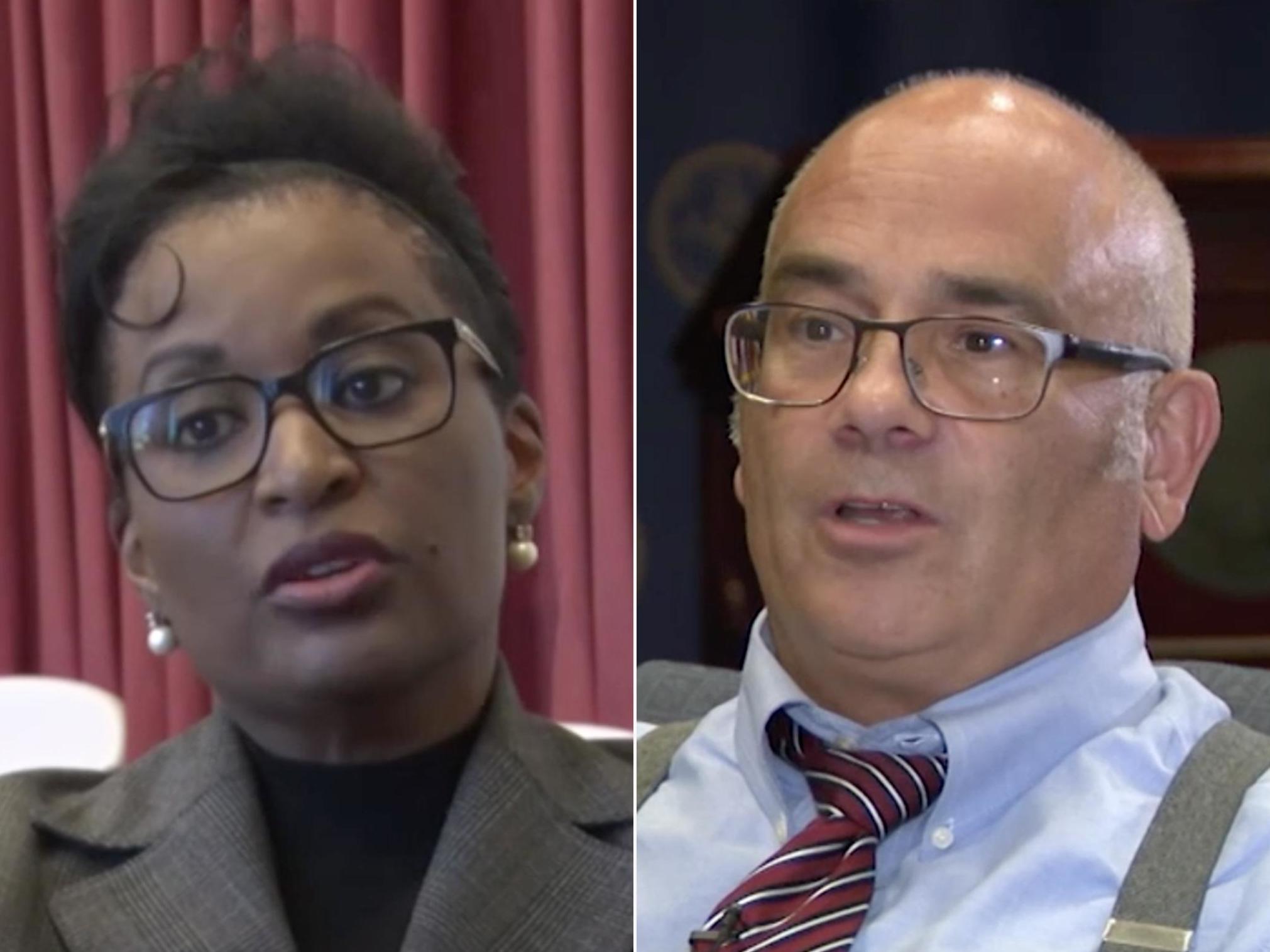 A councilwoman in Trenton, New Jersey, has been caught making homophobic slurs against the city’s mayor during an expletitive-laden conference call, officials have said.

The apparent 10-minute rant by Councilwoman Robin Vaughn, who represents Trenton, New Jersey, was recorded and released by city officials.

Ms Vaughn could be heard calling Reed Gusciora, who is Trenton’s first openly gay Mayor, a ‘pedophile’ during the rant on Saturday.

She also accused another city official of performing a sexual act on the mayor and called the mayor a “woman” and a “bitch a**.”

The audio of the call was first obtained by NJ Advance Media from the city and was confirmed to be authentic by two city officials who were on the call.

“This is pretty much par for the course, unfortunately, for the councilwoman,” Mayor Gusciora told the newspaper afterwards. “She went on a complete meltdown, a tirade.”

The exchange began 20-minutes into the meeting when Ms Vaughn expressed concern about the level of engagement of non-profit organisations in a $3m (£2.4m) federal grant community development programme.

The mayor said that he brought up comments the councilwoman had made on social media in regards to “funding a bunch of do-nothing organisations,” Gusciora told the newspaper.

“She just spews out her hatred when she disagrees with what you have to say,” Mayor Gusciora said on the call on Saturday.

Ms Vaughn, at one point on the call, also tells the mayor to “get the f***k out of office and get the f**k out of Trenton”.

Trenton councilman Joe Harrison, attempted to intervene but instead found himself in a shouting match alongside Mayor Gusciora and Ms Vaughn, who he called a “crazy person”.

Ms Vaughn was then heard on the call asking Mr Harrison, in an apparent reference to his absent father, why he didn’t ‘go find his father’.

Mr Harrison replied: “Be careful what you say, ugly.”

He later added that his use of the word ‘ugly’ was to describe Ms Vaugh’s behaviour, which he called “embarrassing” in comments made to the newspaper.

The councilman added: “To me personally, I take offense that you go after the mayor and make comments like that. Politicians should be working for the benefit of the community and not cursing people out. It’s totally crossing the line.”

According to Trentonian news, Ms Vaughn is alleged to have told Mr Harrison to “Continue to suck Reed Gusciora’s d**k all you want to, motherf****r”.

According to officials, it had been the first meeting in weeks following a similar argument last month. Trenton City Council had been using daily conference calls to discuss the Covid-19 pandemic.

Ms Vaughn, who has been the subject of other controversies in the past, has been called on to resign following the outburst.