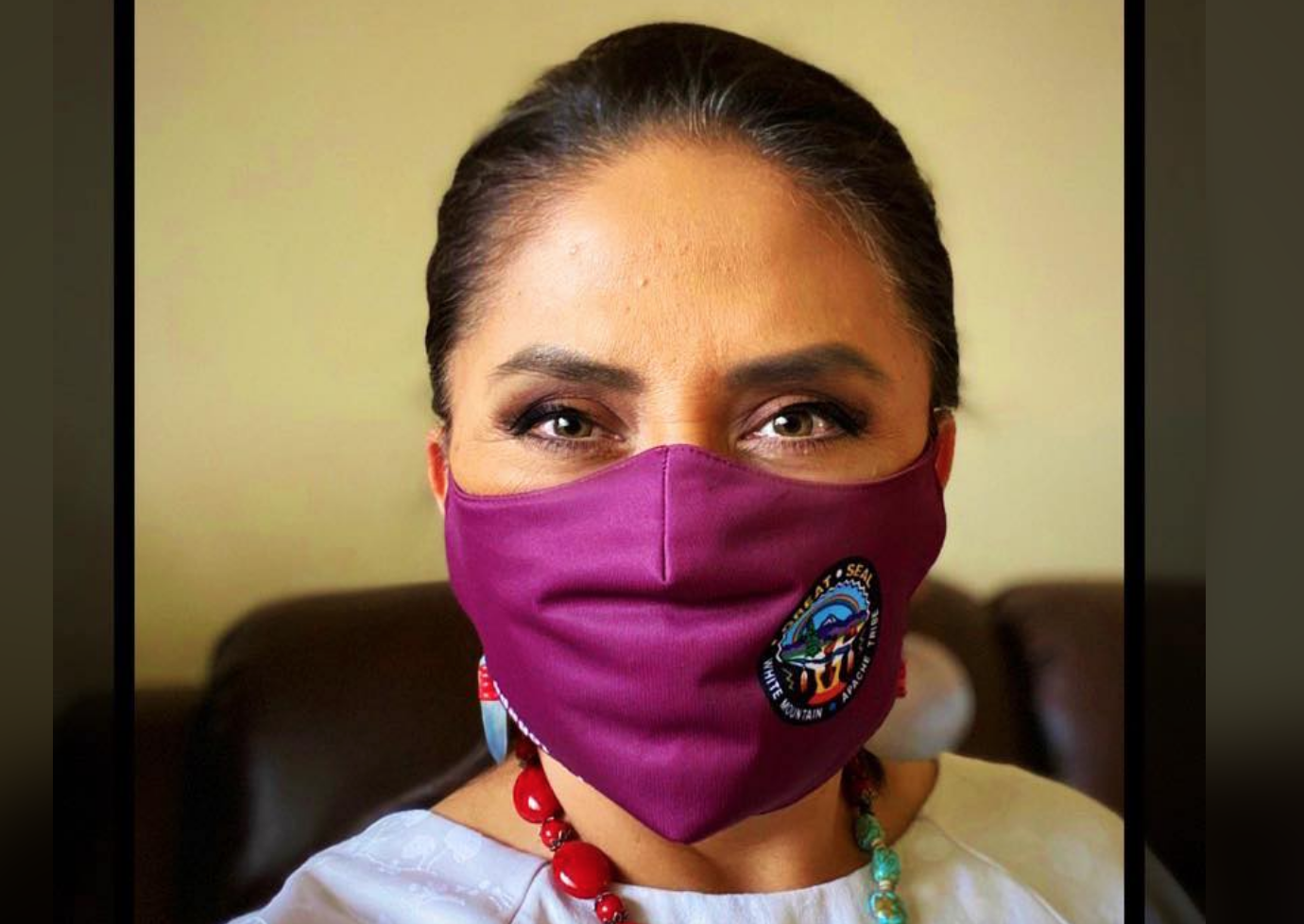 People in the deserts of Arizona flee to the White Mountains when the triple-digit heat is too much to bear, cooling off in the forest a few hours away. That worries a Native American tribe that calls the area home, as coronavirus infections and temperatures have both spiked in one of the hardest-hit states.

The White Mountain Apache Tribe is taking some of the most drastic actions in Arizona to protect its 13,500 residents, more than one-eighth of whom have already tested positive for Covid-19. It’s taking cues from severe measures imposed by other tribes nationwide, including the Navajo Nation, which has curtailed an outbreak that once made it a national hot spot.

Those living on the White Mountain Apache Tribe’s reservation in northeastern Arizona face the risk of fines and other penalties if they venture beyond their own yards this weekend. A two-week shelter-in-place order will follow. The tribe’s Fort Apache Reservation also is closed to the summertime visitors who flock to the area to fish, hike and camp among ponderosa pines.

The tribe’s confirmed infections and 20 deaths as of Friday make the reservation one of the hardest-hit places in a state that’s recording over 3,000 cases a day and running short on hospital space.

The tribe also is ordering homeless people who test positive for the virus to quarantine at the tribe’s casino-hotel – now closed to visitors – and is banning the sale and use of alcohol for the rest of the year. Ms Lee-Gatewood hopes it will help keep people safe if they get lax about social distancing and other measures when they’re drinking.

The tribe’s strict steps come as Arizona governor Doug Ducey has declined to impose new restrictions on businesses like other states where confirmed cases are surging. Fellow Republican governors in Texas and Florida cracked down on bars Friday.

Mr Ducey, who lifted a stay-at-home order in mid-May, has now paused further efforts to reopen the economy and allowed cities to require face coverings, without bowing to pressure for a statewide mandate.

Ms Lee-Gatewood said the White Mountain Apache Tribe took that into consideration, along with the typical summer crowds, when deciding how to target the pandemic on its land.

“We’re seeing these visitors not paying attention to social distancing and wearing masks, and the governor had a real relaxed attitude about all of that in reopening the businesses back up,” she said.

Elsewhere in Arizona, officials on the Havasupai reservation deep in a gorge off the Grand Canyon warned river rafters they would be detained if they stepped foot on land the tribe traditionally uses but isn’t part of its formal reservation. Known worldwide for its towering blue-green waterfalls, the reservation has been shut down for months and has no reported Covid-19 cases.

“We are left to take aggressive action to maintain the safety of our tribal members and the future of the Havasupai Tribe,” chairwoman Evangeline Kissoon wrote in a notice to river guides.

After talking with Grand Canyon National Park, the tribe said it would station law enforcement at its boundary with the park, miles from the Colorado River shore.

The nearby Navajo Nation, the nation’s largest Native American reservation that spans parts of Arizona, New Mexico and Utah, has attributed a slowdown in infections to a daily curfew it’s had in place for months, a shutdown of government offices and tourist sites, weekend lockdowns and a mask requirement.

On tribal land elsewhere, residents of the tiny Alaska Native village of Napaskiak are being advised to stay home until 5 July, leaving only for medical needs or quick runs to the grocery store. A health care corporation that serves the village and dozens of other rural communities pointed to a “strong likelihood” of community spread.

In Montana, tribal leaders on the Blackfeet Indian Reservation said this week that they closed their boundary with popular Glacier National Park for the tourism season to protect their residents.

The Cheyenne River Sioux Tribe in South Dakota has kept up roadblocks since March despite criticism from the state’s governor. Tribal chairman Harold Frazier said this week that the tribe took the step because it realised it had to protect its people.

“All we have is ourselves,” he said.

In Arizona, the White Mountain Apache Tribe said people can travel on a highway through its land, but they can’t stop along the way. Tribal police also are considering checkpoints, and a Covid-19 testing blitz is planned.

“There’s frustration, there’s impatience, there’s a lot of things,” tribal councilman Jerold Altaha said in a video. “But remember, we are doing the best we can, we are doing everything we can to help you.”

They’re looking to prevent more people from dying, like Apache elder Timothy Clawson Senior. He married his sweetheart under a tree on the reservation and spent his life in the White Mountains, working as a rancher and at a sawmill.

Ms Lee-Gatewood, the tribal chairwoman, recalled their last conversation. Mr Clawson called earlier this month and said: “Well, chairwoman, I’m at the hospital, and they told me I have this virus. They treated me, and the doctors said I wouldn’t leave here, and I’m calling to say my goodbyes.”

Ms Lee-Gatewood said Mr Clawson told her that he was proud of her.

“You’re a tough cowboy,” she responded. “I’ll keep you in my prayers.”

The next day, Ms Lee-Gatewood got a text from Mr Clawson’s granddaughter: He had died.