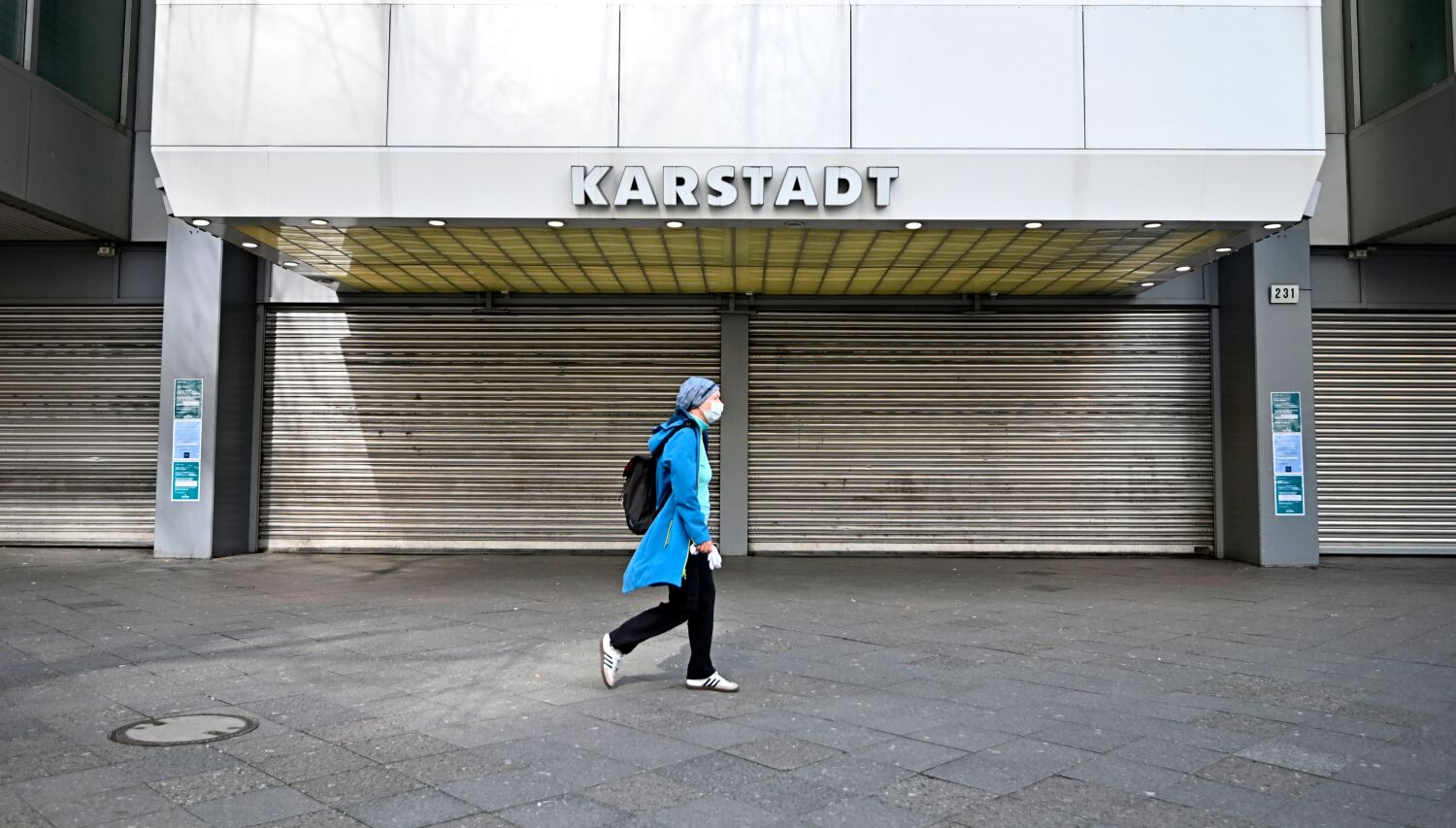 In long-ago days before the novel coronavirus swept Europe — last week, last month — the contagion many leaders in the region most feared was a virulent strain of nationalist populism.

In recent years, authoritarian-style leaders like Hungary’s Viktor Orban have entrenched themselves in the heart of Europe, seeking to stifle institutions like free media and an independent judiciary, at the same time blaming migrants for a host of social ills.

Already, the European Union had been tested by Brexit and internal discord. Now, as grand boulevards and great cathedrals stand empty and scarce hospital beds inexorably fill, those same leaders wonder whether the coronavirus will drive a sharp nationalist wedge between members of the 27-nation bloc.

As the infection spreads, more than a dozen European countries, together with the bloc as a whole, have imposed travel restrictions and border checks, acting like medieval city-states shutting their gates in the face of encroaching foes rather than a united force as they had fancied themselves.

Both scientific counsel and political imperatives are driving current national self-isolation. But once the medical necessity of isolation passes, some question whether European states will emerge from the pandemic transformed — more insular, more tribal, more narrowly self-interested.

“In a divided, leaderless world … we are all suffering from a tendency to go it alone,” former British Prime Minister Gordon Brown wrote in an op-ed article in the Guardian newspaper.

The EU’s grand experiment, and an underpinning of its existence, was the act of opening borders to free movement of goods and people within the bloc. But the march of the virus may prove a death knell to longstanding aspirations of even tighter integration.

Some Europeans are already applauding.

“The need for borders is being vindicated by the pandemic,” Laura Huhtasaari, a member of the European Parliament with the nationalist-populist Finns Party of Finland, said in an interview. “Globalism is collapsing.”

On Tuesday, the EU agreed to close its external borders to all “nonessential” travel from outside the bloc. Its leaders emphasized that the move was temporary and that the decision was taken in consultation with allies like the United States.

But the collective hand of European leaders was forced, at least in part, by unilateral border restrictions already declared in a rather chaotic every-nation-for-itself fashion within what had previously been a borderless zone. Before the vote, at least 15 of the 26 countries making up the so-called Schengen Area, a passport-free zone, had already reintroduced border controls of some kind.

Some seeking to fortify their frontiers were neighbors of coronavirus-devastated Italy who saw immediate peril on their doorstep.

But another pattern emerged as well: Some of those closing their doors were countries that took the hardest anti-migrant line in 2015, when more than 1 million people fleeing war and poverty crossed the Mediterranean Sea to seek haven in Europe. Orban closed Hungary’s borders on Monday, sharply restricting the flow of cross-continental traffic; Poland and the Czech Republic took similar steps.

The piecemeal approach to border controls reflected a variety of national responses within Europe as it became the planet’s coronavirus hot zone.

Countries such as Italy and Spain, where infection rates are highest, moved quickly to full-on shutdowns and strict quarantines, compared with far more lax enforcement in Britain and the Netherlands, which have yet to experience the full brunt of the pandemic.

The burgeoning health crisis within Europe caused some quarrels after Germany and others initially restricted exports of protective medical supplies to elsewhere in the EU. That left an opening for China, which — in what may have been both a humanitarian gesture and a show of soft power — sent medical equipment to Italy and France.

Even before the EU vote to close its external borders to travelers, German Chancellor Angela Merkel said she hoped the measures would not outlast the pandemic. But she acknowledged that things had not gone smoothly within the bloc.

“Coordination didn’t work as well as one would have hoped,” she said.

The chancellor, who has a reputation for unflappability and matter-of-fact understatement, delivered a nationwide address Wednesday night in which she described the pandemic’s challenges as the gravest test since World War II.

“Let me tell you, this is serious,” she said, warning that even Germany’s vaunted healthcare service would be overwhelmed if the virus were to spread uncontrollably.

One coronavirus casualty might be the concept of social solidarity — what the Germans call solidargemeinschaft, a sense of community based on mutually held principles. Some analysts questioned whether the bloc was exemplifying such values as coronavirus events unfold.

“We’re seeing an enormous delegitimation of the authority of EU government in this crisis,”said Thomas Jaeger, a political scientist at the University of Cologne. “The longer the crisis lasts, the more nationalism will return.”

Far-right politicians and anti-immigrant groups across the continent, he and other analysts said, might be emboldened by the ease with which some governments abruptly decided to reintroduce border controls.

“During the migration crisis, all the [EU] leaders said, ‘No, we can’t reintroduce national borders,’” Jaeger said in an interview. “But all of a sudden now, there are border controls. That’s not going to be forgotten any time soon.”

In Britain, some predicted a renewed swelling of nationalist sentiment that helped power the 2016 vote to leave the EU. That decision formally came into force only at the end of January, with a transition period for the rest of 2020.

Brexit Party leader Nigel Farage, who spearheaded the campaign for Britain to depart, said the response to the outbreak was proof that the dream of a united Europe was over.

“Everybody is looking after No. 1,” he wrote in the Telegraph newspaper. “Even if it is understandable for individual nations to focus on their own people, the idea of a bloc such as the EU being willing or able to guarantee the safety and security of all of its members is surely shattered.”

He concluded triumphantly: “We are all nationalists now.”

But a German member of the European Parliament, Peter Liese of the Christian Democrats, said Britons might eventually look to Europe and realize that there is strength in numbers when it comes to dealing with a challenge of this magnitude.

“If the U.K. is having a huge difficulty in three months, and Europe has managed the crisis well and is able to assist the U.K., imagine what kind of reaction for the U.K. citizens this will create,” he said in an interview. “You cannot underestimate the strength of such a signal.”

Another European Parliament member, Ibán García, called the coronavirus crisis a moment of inflection, a do-over of sorts after a harsh and fragmented response to the European economic crisis a decade ago.

“People in many countries decided [then] it was the moment to lock themselves up, that it wasn’t a moment for solidarity,” said Garcia, a socialist from Spain. “We have suffered for this, and it’s been hard for Europe. Now we have the opportunity to do things well.”

Special correspondent Christina Boyle in London contributed to this report.