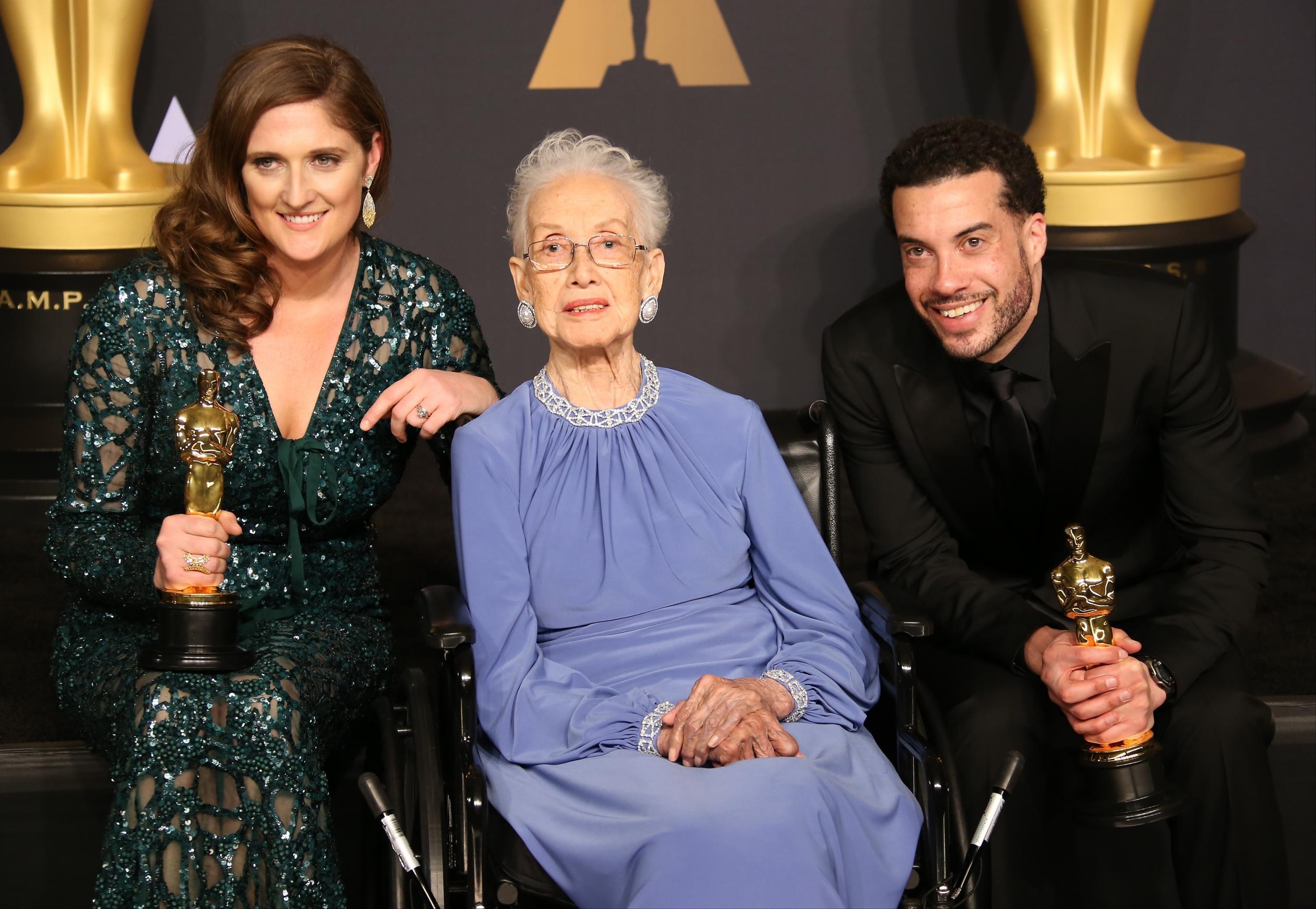 Nasa has joined the 100th birthday celebrations for Katherine Johnson, an African-American “human computer” who overcame racial and gender discrimination, to become a crucial part of the US’s space programme.

The contribution of Ms Johnson and two of her black colleagues, Mary Jackson and Dorothy Vaughan, who worked at Nasa’s Langley Research Centre located in Hampton, Virginia, was featured in the 2016 movie Hidden Figures, directed by Theodore Melfi. In the movie, Ms Johnson was portrayed by actress Taraji Henson.

“Wishing a #happybirthday to Katherine G Johnson on her 100th birthday today,” Nasa’s official history office wrote in a tweet. “She worked at @NASA_Langley as a human computer starting in 1953. Her calculations were critical to our early human spaceflight programme (you’ve probably seen that in the movies).”

Ms Johnson, who was born in 1918 in White Sulphur Springs, West Virginia, was the youngster of four children and showed a talent for mathematics and calculations at an early age. Because public education for black children was not available behind the 8th grade, her parents arranged for her to attend high school on the campus of what is now West Virginia State University.

After graduating high school at the age of 14, she entered the historically black college where she studied maths and science. Among her tutors was the pioneering mathematician Angie Turner King. Ms Johnson was eventually joined the National Advisory Committee on Aeronautics, which would became Nasa.

She worked to help calculate trajectories and launch windows on a series of Nasa programmes, including those that saw Alan Shepard before the first American in space in 1961, and John Glenn become the first American to orbit the earth, an accomplishment that took place in 1962.

On Saturday, a day before her 100th birthday, Ms Johnson, who graduated with degrees in both Maths and French, attended a ceremony West Virginia State University, where a new statue of her was unveiled and a scholarship in her name announced.

“What makes Katherine so extraordinary is she not only prevailed while segregation failed, Dr Johnson has continued to persevere and thrive with the gracious poise and clarity that defies mere words of explanation, let alone definition,” said Yvonne Cagle, life sciences directorate at the Johnson Space Centre, according to the Charleston Gazette-Mail.

“So what can you say after a century about someone like Dr Katherine Coleman Goble Johnson – our very own global, global genius? Let’s see – you say nothing. You don’t say anything. You listen.”

The ceremony for Ms Johnson, who was in 2015 awarded the Presidential Medal of Freedom, the US’s highest civilian honour, was also attended by West Virginia Democratic senator Joe Manchin,

“It is my hope that the students who pass by [this statue] every day will be reminded of Katherine’s legacy and will be inspired to keep their passion for knowledge alive,” he said.

“Every one of our female leaders in West Virginia are an epitome of strength…and advancements in their fields. They serve as inspiring role models for the next generation, and that is due in great part to the women who broke ground in generations past.”

Ahead of her birthday, Ms Johnson attributed her longevity to good luck, and keeping share by playing bridge and board games. She told the Daily Press newspaper: “I’m just lucky – the Lord likes me. And I like him.”