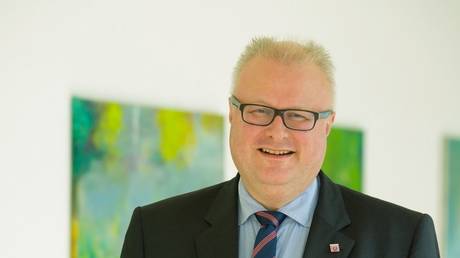 The finance minister in the German state of Hesse, Thomas Schaefer, has taken his own life. His colleagues said he was pushed over the edge by the inability to cope with the harsh economic fallout from the Covid-19 pandemic.

Schaefer’s body was discovered near the speed railway track line in the town of Hochheim am Main on Saturday. The prosecutors said that the cause of his death was most likely suicide.

“We are in shock; we are in disbelief and above all we are immensely sad,” Volker Bouffier, the head of the Hesse regional government, said of the passing of his close associate and fellow member of Angela Mekrel’s CDU party.

Hesse is one of the wealthiest states in Germany and home to Frankfurt am Main, which is regarded as the financial capital of Europe’s largest economy. The city hosts the Frankfurt Stock Exchange and the European Central Bank (ECB) as well as the HQs of Deutsche Bank and other major German companies.

Schaefer was credited for having contributed to the region’s well-being while serving as its finance minister for the last decade. The 54-year-old’s professional qualities were praised by many, with the man expected to eventually replace Bouffier as the state’s PM.

The coronavirus, however, delt a massive blow to the system he was so thoroughly tending all those years, sending stocks into a freefall and locking the workforce at home with quarantine.

Bouffier recalled that Schaefer, who leaves behind a wife and two children, was working “day and night” in order to minimize the impact of the pandemic on businesses and employees, but the task turned out to be unsurmountable. “We have to assume that he was deeply worried,” the PM said.

Germany has so far registered 62,095 coronavirus cases, with 541 patients succumbing to the disease. More than 721,000 people have been infected worldwide, with over 33,900 fatalities.