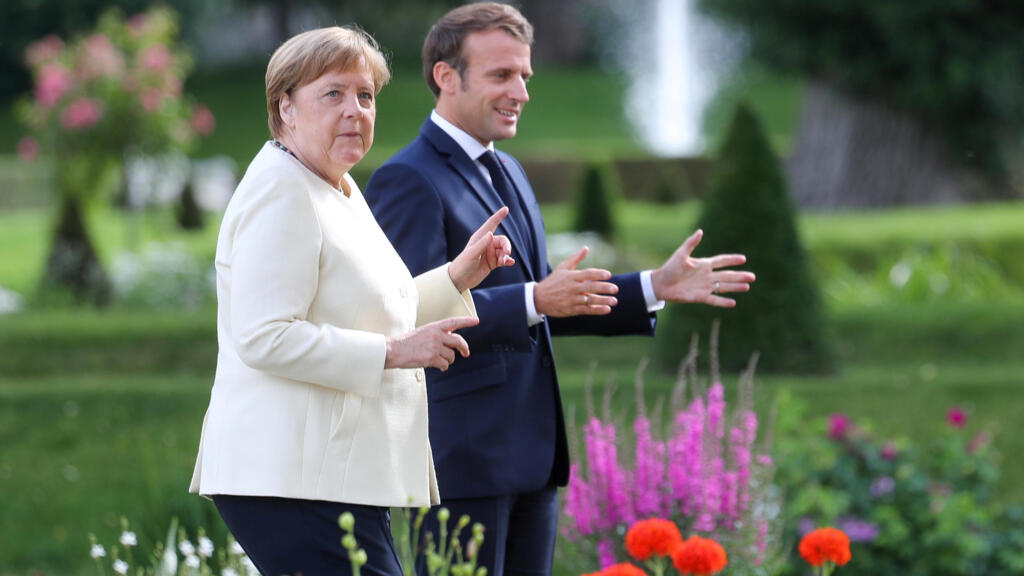 Chancellor Angela Merkel hosts French President Emmanuel Macron for talks on Monday, two days before Germany takes on the rotating presidency of the European Union with an economy mired in the worst crisis since World War II. Watch their press conference live on FRANCE 24.

Click on the player above to watch the conference live from 6.40pm Paris time (GMT+2).

The French and German leaders have urged the European Union to reach an agreement on a recovery plan by the end of July to kickstart an economy battered by the coronavirus pandemic.

Macron and Merkel sketched out the backbone of the €750 million ($840m) fund proposed by the European Commission to bolster the bloc’s economy.

The fund would offer grants – with no repayment obligation – to countries hardest hit by the pandemic, a major policy U-turn for Berlin and a bitter pill to swallow for the bloc’s most fiscally conservative members.