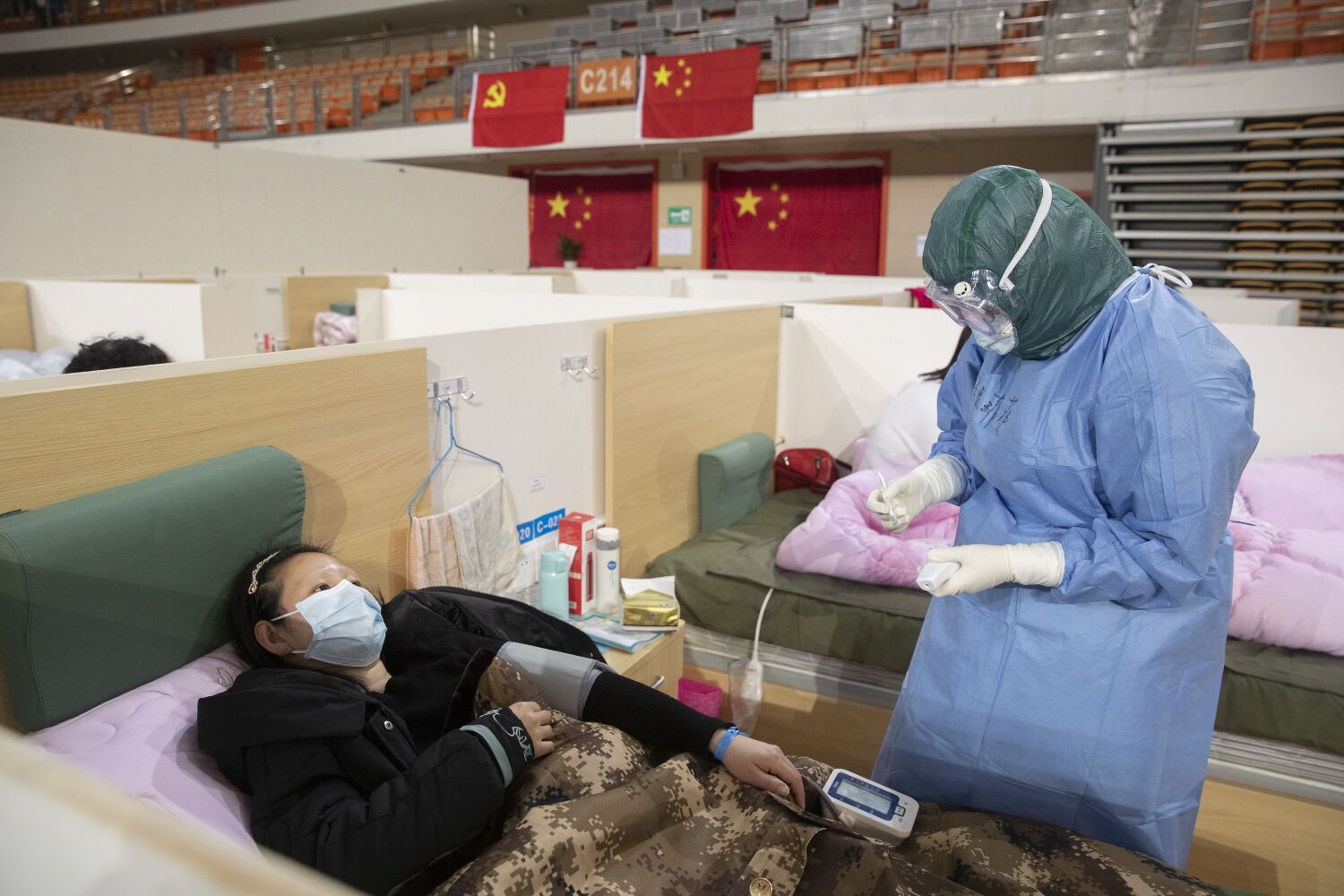 Since a novel coronavirus first made its presence known in China, public health officials around the world have had one fervent hope: That people who are infected but not sick would pass the virus to others only rarely. That would give these silent spreaders no more than a bit part in driving a global outbreak.

That hope is in danger of being dashed.

In the period before the Chinese government threw up a massive barricade around the province of Hubei to block the coronavirus’ escape, almost 9 out of 10 infections were transmitted by carriers who were still healthy, according to a new simulation of the virus’ spread.

Compared with a person who was sick enough to have his or her infection confirmed in the pandemic’s early days, an infected person with symptoms mild enough to escape official documentation was about half as likely to infect another person, the analysis found.

But since these “undocumented” carriers so outnumbered those whose infections were confirmed, their effect was far greater, the researchers who conducted the simulation found. They concluded that in the outbreak’s earliest days — between Jan. 10 and Jan. 23 — people well enough to have stayed out of the hospital probably played a key role in the coronavirus’ explosive spread.

The new effort to ascertain the role of infected people with few or no symptoms offers some insight into how quickly the coronavirus would spread through a population given free rein.

“Stealth transmission” is not only real but a “major driver” of the epidemic, said Columbia University infectious diseases researcher Jeffrey Shaman, who led the study published Monday in the journal Science. Its contribution to the virus’ spread “is substantially undetected, and it’s flying below the radar.”

Dr. Anthony Fauci, director of the National Institute for Allergy and Infectious diseases, downplayed the prospect in late January. He acknowledged that while there was evidence that people without visible symptoms were able to infect others, such transmission has “never been the driver” of epidemics.

The suspicion that the novel coronavirus is an exception to that rule has gained currency in recent days. Several new research efforts suggest that asymptomatic or pre-symptomatic people have been instrumental in seeding local outbreaks.

In a study posted Sunday to the website medRxiv, epidemiologists who examined a cluster of 91 infections in Singapore found that 48% of them were probably due to transmission by people who either were not very sick or who had not yet developed symptoms of infection. And in an outbreak of 135 cases in China’s Tianjin province, they concluded 62% were probably acquired from infected people without evident symptoms.

The authors said their findings were preliminary because they have not been widely reviewed by other scientists. Still, they said, they suggest that unseen transmission of the new coronavirus will make it much harder to stomp out than two earlier epidemics involving coronaviruses. In the cases of both severe acute respiratory syndrome (SARS) and Middle East respiratory syndrome (MERS), pre-symptomatic transmission “did not play an important role,” the researchers wrote.

Suspicion about the possibility of “stealth transmission” has been growing since mid-February, when Dr. Sandra Ciesek, director of the University of Frankfurt’s Institute for Medical Virology, reported in the New England Journal of Medicine that, in a lab, she had been able to infect human cells with coronavirus samples taken from two airline passengers returning to Germany from Wuhan, China. While both tested positive for the virus, one of the travelers had no symptoms and the other reported a mild sore throat and rash.

In an email, Ciesek said she believes asymptomatic people “may spread the virus.” So long as that is so, she added, “containment is nearly not possible.”

Further evidence of the coronavirus’ unseen spread was seen last month in Massachusetts. At a company-wide meeting of Biogen Inc., three employees who showed no signs of illness were found to have seeded a COVID-19 outbreak that by late last week amounted to 72 people.

In the Science study, Shaman’s team built a simulated transmission landscape representing 375 cities in China. They used available Chinese social media data to play out the effects of at least 173 billion “travel events” that occurred among these cities between Jan. 10 and Jan. 23. That is the period during which recognition of an unknown viral microbial threat was growing, but just before Chinese authorities shut down travel from Hubei province, the birthplace of the then-spiraling epidemic.

Drawing from data already gathered on the virus’ behavior, the modeling team adopted certain assumptions about how readily it was known to spread from infected people who were sick. Then, in a series of computer trials, they set their travelers in motion, checking their simulated infection rates against official tallies.

The result allowed the team to quantify the “unseen” dimension of the epidemic and its spread. Before Jan. 23, when China imposed widespread travel restrictions, 86% of all infections were undocumented, they estimated. And their modeling suggests that for some who are infected and will go on to become sick, there is a period of several days when they are spewing the virus at levels sufficient to infect others.

The longer the period of silent viral shedding, the more difficult it is to control the outbreak of an infectious disease.

“These people are the major driver” of the epidemic, Shaman said. “They’re the ones who facilitated the spread.”

The researchers warned that when planning public health strategies, officials would do well to consider that “a substantial proportion of transmission” may be occurring beneath the radar of official counts and tracking efforts.

The findings also suggest that to fully control the spread of the coronavirus would require “a radical increase in the identification and isolation of currently undocumented infections.”

In short, testing for the virus would have to become utterly commonplace. That’s a goal that has not nearly been reached in the United States, where the distribution of diagnostic tests and their analysis has not proceeded smoothly.

The study authors also found evidence that public health measures such as quarantines and “social distancing” efforts do work to damp transmission of the virus.

When they simulated its spread between Jan. 24 and Feb. 8, they found that surreptitious spreaders fell by a factor of five as diagnostic efforts ramped up, and that transmission rates among documented patients were cut at least in half.

Most important, the level of spread seen after widespread restrictions were adopted was either at or just barely above the level required for an epidemic to sustain its momentum.

On a landscape where unseen spreaders are both numerous and difficult to detect and avoid, the researchers warned that measures such as screening people for fever or illness at public events or national borders will do little to slow the virus’ spread. While more disruptive to the public, restrictions on travel and social interaction that cover healthy as well as sick people will have more success, they said.