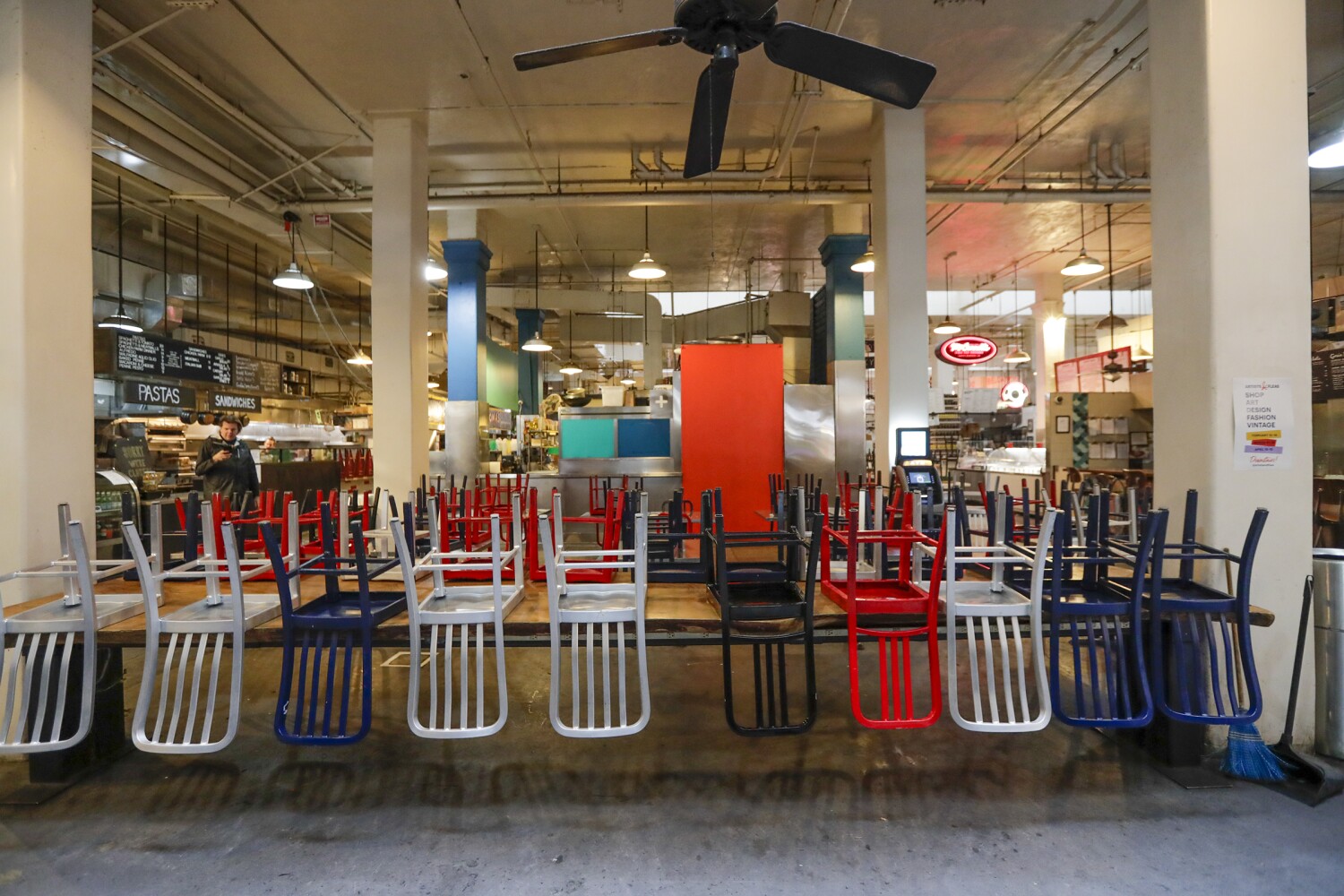 New government data Thursday on layoffs underscored both the severity of the looming unemployment crisis and the challenge Congress and the White House face in deploying effective responses to the coronavirus.

After years of steady economic growth that drove unemployment to a 50-year low, the pandemic has suddenly raised the specter of joblessness on a scale not seen since the onset of the Great Depression.

And it has challenged policy makers and Congress to recognize that the current medical emergency is crippling the economy in ways that are fundamentally different from past financial crises — and may require strategies that are closer to those adopted in wartime than to conventional emergencies.

Bailouts for hard-hit industries and small businesses, for example, could help them survive long-term. But such policies do little to help the millions of workers who are losing all or much of their ability to meet day-to-day living expenses.

Similarly, traditional financial relief packages may not be effective against the kind of panic buying and hoarding that have emptied supermarket and drugstore shelves.

While Mnuchin’s warning may have been a worst-case scenario aimed at goading Congress for quick approval of President Trump’s $1-trillion economic stimulus plan, it was nonetheless far more pessimistic than the administration has ever been, and it spoke to the near certainty of an imminent recession.

The Labor Department’s report Thursday on applications for unemployment insurance during the week ending last Saturday showed a jump of 33% as 70,000 more people filed for jobless benefits compared with the prior week, led by California, Washington state and Nevada.

And it wasn’t until this week that many employers began to send workers home in response to widespread lockdown orders for restaurants, bars and other venues where people congregate in large numbers, and millions of Americans began to shelter in place.

“Today’s jobless claims statistics provide the confirmation, if it was needed, that the economy has just fallen over the cliff and is turning down into a recession,” said Chris Rupkey, chief financial economist at MUFG Bank in New York.

In the post-World War II era, the jobless rate has only breached 10% twice: during the downturn in the early 1980s and in the wake of the Great Recession, hitting a peak of 10% in October 2010.

Since 2010, the unemployment rate has declined slowly but steadily, and was down to 3.5% last month, matching a figure previously recorded in late 1969.

For Trump, the new layoff statistics could be an ominous sign politically, as he has banked his reelection hopes on the strength of the economy and particularly the stock market and the very low unemployment in the nation.

Since the virus outbreak in the U.S., stocks have lost almost all the gains since Trump took office, with the Dow falling more than 30% in the last month. And the labor market, which just a month ago had generated 273,000 new jobs, is likely to see rapid deterioration.

“We expect the coronavirus to produce significant job losses and lead to a sharp increase in the unemployment rate in the coming months,” Oxford Economics said.

Trump has rued the sudden turn of events. “Now the whole world almost is inflicted with this horrible virus, and it’s too bad,” he said Thursday at a daily briefing with the coronavirus task force. “But we’ll be back and I actually think we’ll be back stronger than ever before.”

That may depend in good part on whether he can get his $1-trillion stimulus plan through Congress — and quickly. The administration has proposed a package that includes $500 billion in direct cash payments to most taxpayers and $300 billion to help small businesses, which could forestall some layoffs and keep the unemployment rate from ballooning.

Experts say direct payments to taxpayers could help by giving people more money to buy food and other goods, which in turn would provide much-needed revenues to businesses. And emergency loans to businesses also could help them weather the downturn and keep more people employed.

Even so, Harry Holzer, who served as chief economist for the Labor Department in the Clinton administration, said he could see the jobless rate rising to somewhere between 10% and 20% given economists’ forecast for a sharp contraction in the economy in coming months.

“It very much depends on how good the stimulus is,” said Holzer, a professor at Georgetown University. “Nobody’s talking about deficits or worried about debts. They are probably going to spend a couple trillion dollars on stimulus. That will help cushion the blow somewhat.”

The jolt to the U.S. labor market has been stunning, especially across the services economy.

Moody’s Analytics estimated that 27 million workers, or about 18% of the U.S. workforce, are at most risk, including leisure and hospitality, transportation and mining and energy.

Some of the largest companies in these sectors already have started to cut payrolls. Marriott said it was furloughing tens of thousands of employees around the world. Tens of thousands of jobs in the film industry also are thought to have been shed since the virus outbreak.

There have been cuts at airports, warehouses and other job centers as well as those at entertainment venues, professional sports parks and arenas. The restaurant industry alone warned that 5 million to 7 million workers will lose jobs in coming months.

“The numbers we appear to be learning about are absolutely overwhelming,” said Rep. Maxine Waters (D-Los Angeles), who chairs the House Financial Services Committee. Waters has proposed that the government provide at least $2,000 to every adult and $1,000 for every child for every month while the crisis lasts.

Companies have had to react so quickly to the abrupt stoppage of business that they haven’t had time to report them to state or local governments under the layoff-notification regulations.

Firebirds Wood Fired Grill, a steakhouse and seafood restaurant chain, was one that did. On Monday it sent a layoff notice to authorities in Ohio that it had already furloughed 410 of its 450 employees because of the state’s prohibition on in-dining service.

“The COVID-19 coronavirus pandemic and related unprecedented federal guidance and state orders closing restaurants has caused a significant economic impact on the business,” the letter said.

The company operates 51 restaurants in 19 states, and most of those jobs are imperiled by the pandemic, said Stephen Loftis, Firebirds’ vice president of marketing.

Like other restaurants, Firebirds is trying to survive and keep some employees on by offering to-go, delivery and curbside services. But Loftis said it would be hard for the company to weather a shutdown lasting more than a couple of months.

He has been following the government’s response and said it would be helpful to have business interruption insurance as part of the package, which would replace income lost as if in a disaster.

Loftis also said he would welcome “any pertinent stimulus to help our team members, to make sure they’re fed, can pay their rent and continue their healthcare.”

He said the company eventually planned to call every worker back to their jobs.