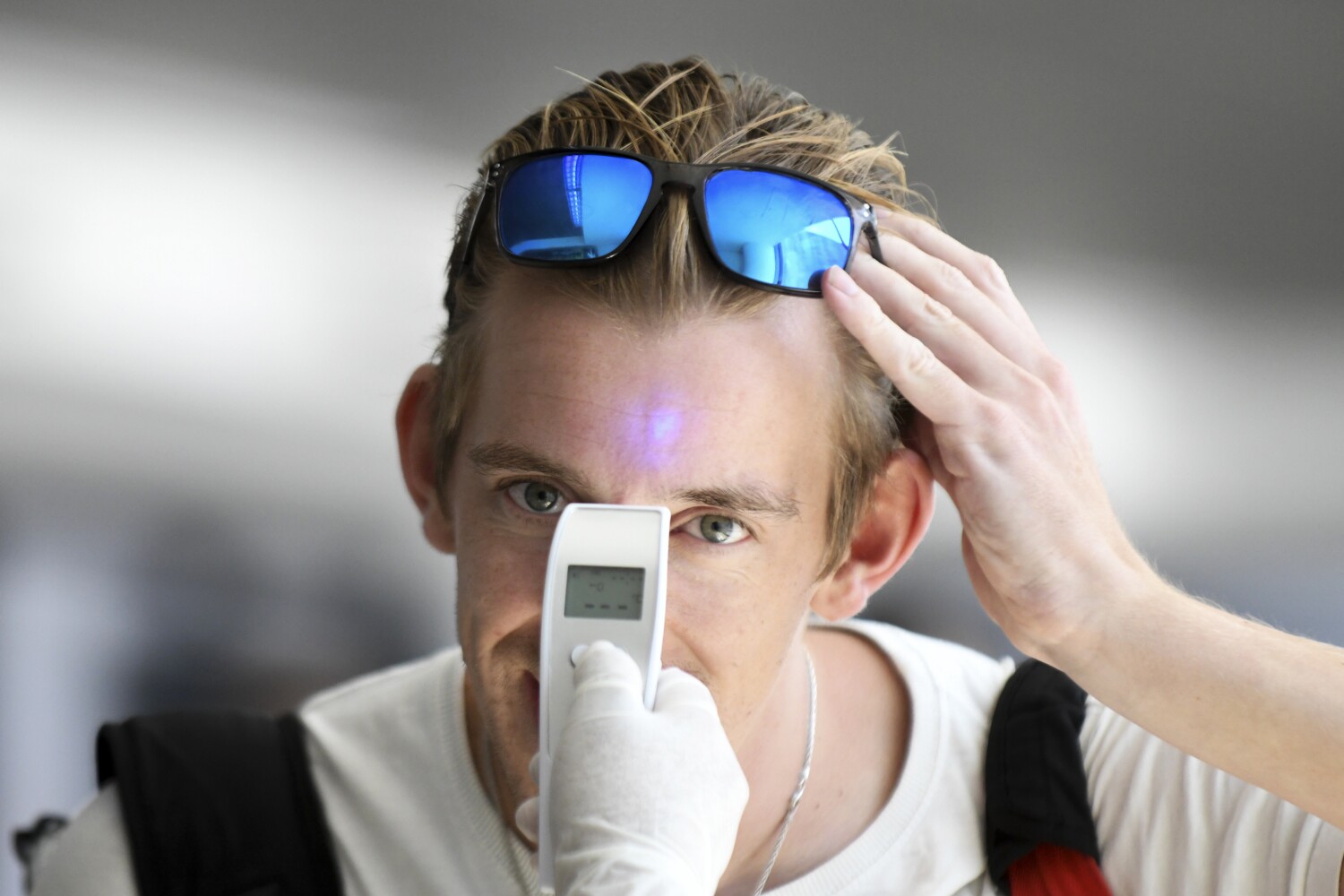 Guatemala on Tuesday became the first Central American nation to block deportation flights from the United States in an effort to prevent the spread of the coronavirus, a dramatic turnabout on Trump administration policies barring entry to asylum seekers from the region.

Guatemala’s ministry of foreign affairs announced that all deportation flights would be paused “as a precautionary measure” to establish additional health checks. Ahead of the announcement, President Alejandro Giammattei said in a Monday news conference that Guatemala also would close its borders completely for 15 days.

“This virus can affect all of us, and my duty is to preserve the lives of Guatemalans at any cost,” he said.

Guatemala, a major source of migration to the United States as well as a primary transit country for people from other nations headed to the U.S.-Mexico border, in recent days has blocked travelers from the U.S., as well as arrivals from Canada and a few European and Asian countries.

The Guatemalan government under Giammattei’s new administration had confirmed six coronavirus cases as of Monday morning. But it has taken a hard tack in its response to the pandemic to try to prevent the rapid spread seen in North America and elsewhere, becoming among the first in the region to bar entry of Americans.

Other nations in the Western Hemisphere, including El Salvador, Honduras, Panama, Colombia, Ecuador, Argentina, Chile and Peru, also have taken steps to bar foreigners and, in some cases, to shut their borders, including to their own returning citizens.

Guatemala’s move to refuse deportations will have a significant impact on the Trump administration’s efforts to ramp up a controversial agreement under which the United States sends migrants who are seeking asylum in the United States to Guatemala instead, even those who aren’t Guatemalan citizens.

The deal between the U.S. and Guatemala, called the Asylum Cooperative Agreement, denies the asylum seekers the opportunity to apply in the United States for refuge and instead allows them only to seek asylum in Guatemala.

Guatemala’s highest court initially blocked the agreement. Since November, the U.S. has sent Guatemala more than 900 men, women and children who have arrived at the border from El Salvador and Honduras.

Before the decision to block deportation flights, the Guatemalan government had posted a schedule for 10 flights this week from the United States. One arrived Monday afternoon from Brownsville, Texas, carrying 56 Guatemalans and 17 Salvadorans, but another set for Tuesday was canceled, according to Alejandra Mena, a spokeswoman with Guatemala’s immigration institute.

Guatemalan authorities had said previously that they had been assured by U.S. Immigration and Customs Enforcement that they would not send people to Guatemala who were sick or displayed symptoms of the virus.

Returning immigrants receive health screenings before boarding deportation flights and after arriving in Guatemala City, said Joaquin Samayoa, spokesman for the Minister of Foreign Relations in Guatemala. Those found to be sick would be quarantined, he added.

Officials at the U.S. Department of Homeland Security and the Customs and Border Protection agency, which implement the asylum agreement, directed a request for comment on Guatemala’s decision to the U.S. Immigration and Customs Enforcement agency, which administers the flights. The agency did not immediately respond to requests for comment.

U.S. Homeland Security officials have held meetings in recent weeks to prepare to add Mexican migrants to the groups being sent back to Guatemala — despite opposition from Mexico — and to roll out similar agreements with El Salvador and Honduras, sources told the Los Angeles Times on condition of anonymity to protect against retaliation.

Those plans appear to have been derailed by the pandemic.

The Honduran government announced last week that three of its citizens who were deported from the United States had exhibited symptoms of coronavirus and were put into isolation. The country suspended repatriation flights from Mexico.

As of Monday, the U.S.-Mexico border remained open, to both vehicle and pedestrian traffic and flights, but the governments of Mexico and El Salvador wrangled with each other over stranded travelers.

Officials in the region and even within the Trump administration, as well as health professionals and immigration advocates, have expressed fears that Trump’s focus on immigration enforcement could worsen the pandemic.

Casa del Migrante, a shelter in Guatemala City that since November has housed hundreds of Salvadorans and Hondurans returned under the U.S.-Guatemala agreement, announced over the weekend that it would stop receiving immigrants who had been deported from the U.S. or Mexico.

Mauro Verzeletti, director of the shelter, declared Guatemala’s action “extraordinary” and “a victory.” For days, he had called for the U.S. to stop deportation flights to Guatemala, to slow the spread of the virus. He said the immigrants were already vulnerable to illnesses because they arrived from the U.S. physically exhausted and simply “in a really bad condition.”

Monday, Verzeletti met with Guatemalan officials and diplomats to discuss what he described as a “high-level humanitarian crisis.”

The Trump administration previously favored a policy known as Remain in Mexico, which, combined with other initiatives, has forced about 80,000 asylum seekers back to Mexico and often stranded them in dangerous border cities as they await processing of their cases in the U.S.

But that policy is bogged down in litigation — though the Supreme Court last week allowed it to continue until an ultimate ruling on its legality. Amid a significant drop in apprehensions at the U.S. Southern border, Trump administration officials have increasingly turned to the asylum agreement with Guatemala.

On Monday, the ACLU and other groups filed suit against ICE, seeking the release of immigrants in detention who are particularly vulnerable to COVID-19. Immigration judges, prosecutors and lawyers also called on the Justice Department to close immigration courts.

Judge A. Ashley Tabaddor, president of the National Assn. of Immigration Judges, said judges had been told to continue holding hearings with immigrants during the health crisis.

“Call DOJ and ask why they are not shutting down the courts,” she said, referring to the Justice Department.