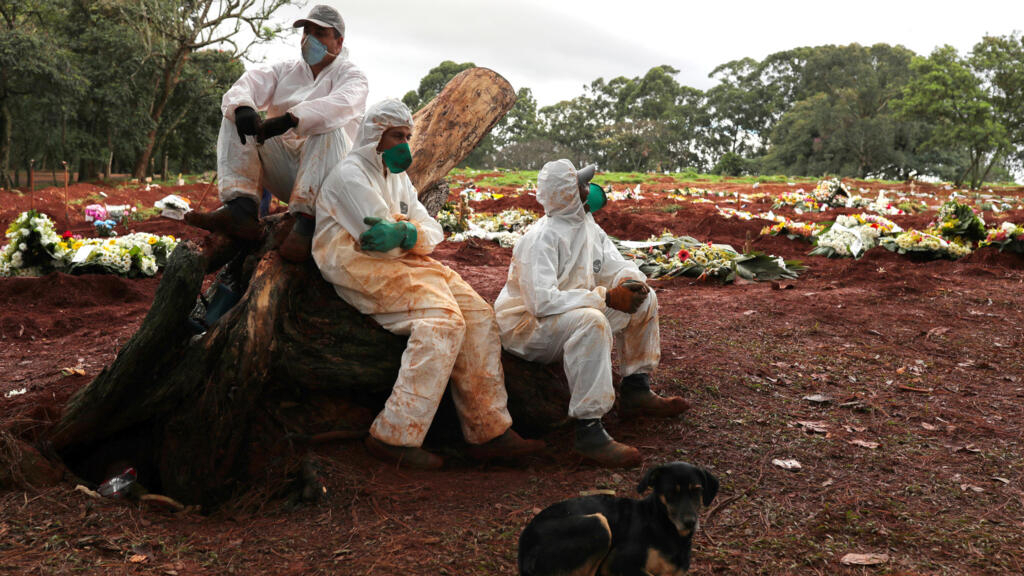 More than 10 million cases of the new coronavirus have been officially declared around the world, Johns Hopkins and media sources reported Sunday, half of them in Europe and the United States.

A tally compiled by Johns Hopkins University registered the grim milestone on Sunday after India and Russia added thousands of new cases.

Because Johns Hopkins reports only confirmed coronavirus cases, some medical experts believe the true number of people who have been infected could be as much as 10 times higher since many people can’t get tested or may have the virus without showing symptoms.

Many countries are testing only symptomatic patients and simply do not have the capacity to carry out largescale testing.

The US leads the nations of the world in cases by far, accounting for well over a third of the global total. On Saturday alone the US recorded more than 43,000 new cases, according to Johns Hopkins. US deaths now exceed 125,000, approximately one-fourth the global total of more than 495,000.

The EU has delayed a final decision on a list of “safe countries” from which travellers can visit Europe starting from next week – a list that is likely to exclude American travellers.

Infections on the rise

Brazil – the second-hardest-hit country in the world after the United States – recorded more than 1,000 deaths in 24 hours, the health ministry said on Saturday. Some researchers have said the death toll in Latin America could rise to more than 380,000 by October.

The 10-million milestone comes as many hard-hit countries are easing lockdowns while making extensive alterations to work and social life that could last for a year or more until a vaccine is available.

Some countries are experiencing a resurgence in infections, leading authorities to partially reinstate lockdowns in what experts say could be a recurring pattern in the coming months and into next year.

China, New Zealand and Australia have seen new outbreaks in the past month, despite largely stifling local transmission.

The rate of infections worldwide continues to rise. Speaking by video link to the World Government Summit in Dubai on Monday, WHO chief Tedros Adhanom Ghebreyesus warned that it took more than three months for the world to reach 1 million infections but that another million cases were recorded in just the previous eight days.