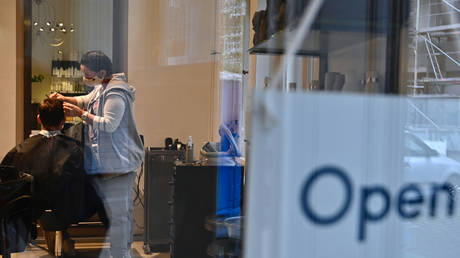 The number of Covid-19 infections across Germany could be 10 times higher than official numbers show, researchers have concluded after conducting a study in one of the country’s hardest-hit towns.

Researchers from the University of Bonn say that while the official count is around 160,000 cases nationwide, in reality about 1.8 million people in the country could be infected – with many people being asymptomatic and others having symptoms so mild that they were not reported.

The team analysed swabs from 919 people living in Heinsberg, a district on the Dutch border which recorded one of the highest death tolls in Germany due to high infection rates following a carnival celebration.

The researchers focused on the infection fatality rate (IFR) as opposed to the case fatality rate (CFR), enabling them to estimate how many people were infected following the “superspreading event.” Based on the IFR in the town of Gangelt (0.37 percent), the team was able to make estimations about the total number of infections in similar demographic areas and eventually on the overall numbers of unreported cases.


The findings can now be used to improve models “on the transmission behavior of the virus,” researchers said. They are also a reminder of how the infection can spread by people who are carriers of the virus, but don’t know that they are.

“Every supposedly healthy person we encounter can unknowingly carry the virus. We must be aware of this and act accordingly,” co-author of the study Professor Martin Exner said.

Further studies are planned by the team to examine if physical proximity to participants of the carnival event and “increased aerosol formation through loud speaking or singing” could lead to a more severe disease progression.

The new estimate on Covid-19 cases comes as Germany continues to ease its coronavirus restrictions, allowing museums, churches, hairdressers and some businesses to begin reopening with social distancing measures still in place.