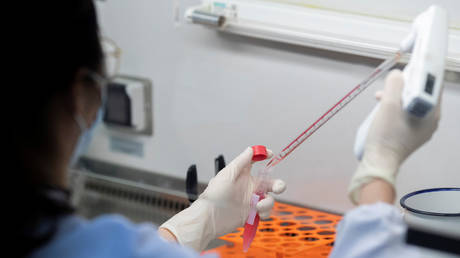 There is no evidence to substantiate the Trump administration’s claims that Covid-19 came from a Chinese laboratory, according to intelligence sources, raising questions about a leaked dossier blaming Beijing for the pandemic.

Sources that spoke to the Guardian said that a 15-page dossier which accused China of carrying out a cover-up to hide its role in the global health crisis was not based on intelligence taken from the infamous ‘Five Eyes’ network, which includes spy agencies from the UK, US, Australia, New Zealand, and Canada. Beijing could have been more forthcoming about what was happening in Wuhan – the original epicenter of the pandemic – but pressing the issue could risk a dangerous escalation between the West and China, Five Eyes agencies believe, according to the Guardian report.

Over the weekend, the Australian Sunday Telegraph claimed it saw a dossier, allegedly compiled by “concerned Western governments,” which claimed that the Five Eyes intelligence agencies are probing Beijing’s involvement in the Covid-19 outbreak.


The leak coincided with incendiary remarks from US Secretary of State Mike Pompeo, who claimed there was a “significant amount of evidence” that the virus came from the Wuhan Institute of Virology. Although it’s still not clear how Covid-19 emerged, Washington has promoted the theory that China is to be blamed for the health crisis.

The UK has taken a different approach to determining the cause of the crisis. Downing Street has resisted assigning blame for Covid-19, though it has stressed that questions need to be answered about the origin and spread of the virus in order to better prepare for future global pandemics.

Beijing has strongly denied any involvement in the spread of the illness, and has challenged Pompeo to produce the evidence purportedly showing its links to the pandemic. The secretary of state is engaged in the spread of a dangerous “political virus,” China has said.