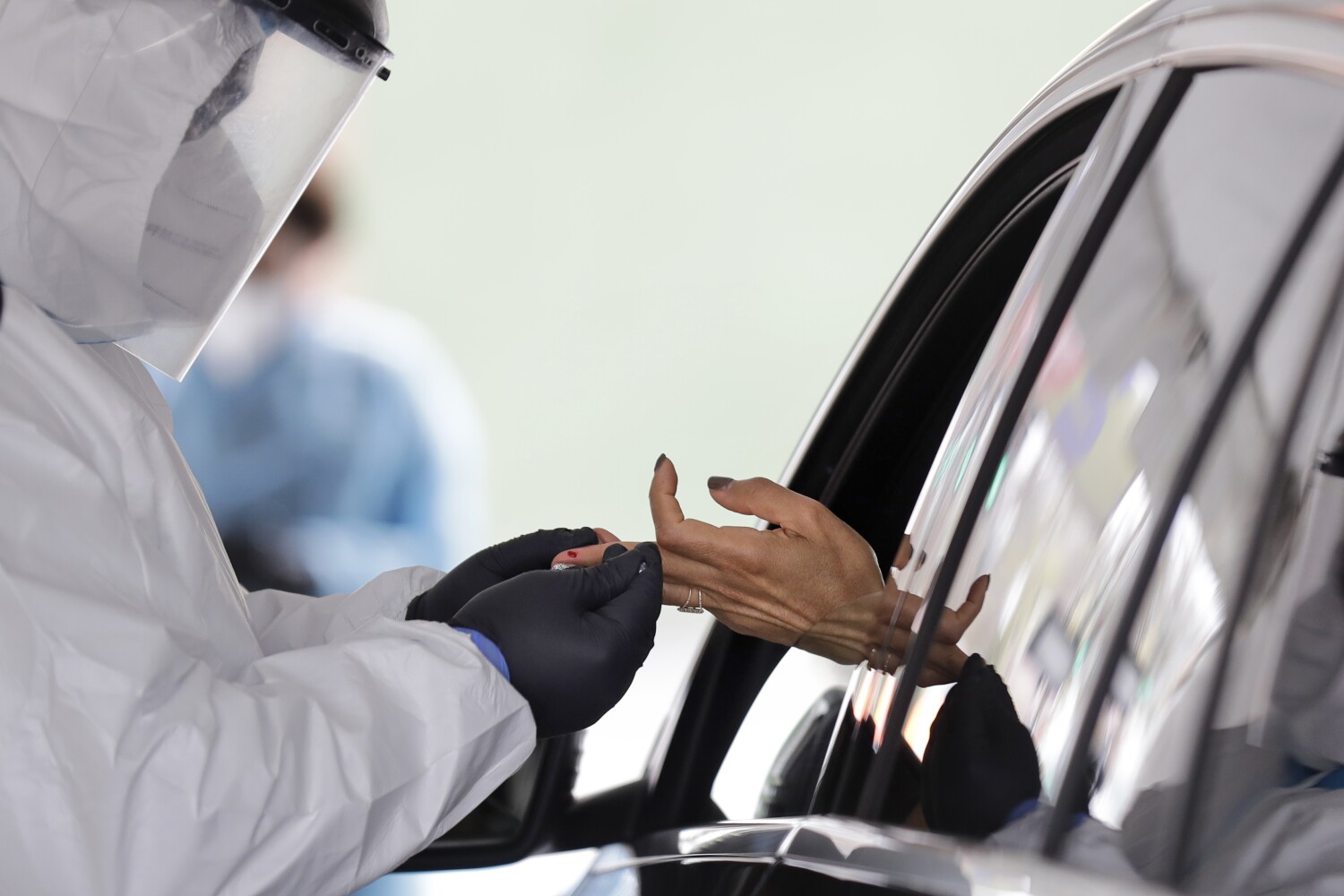 The U.S. Food and Drug Administration has pulled back a decision that allowed scores of coronavirus blood tests to hit the market without first providing proof that they worked.

FDA officials said Monday that they took the action because some sellers have made false claims about the tests and their accuracy. Companies will now have to show their tests work or risk having them pulled from the market.

Under pressure to increase testing options, the FDA decided in March to let companies begin selling tests as long as they notified the agency of their plans and provided disclaimers to consumers, including a caution that they were not FDA-approved. The policy was intended to allow “flexibility” needed to quickly ramp up production, officials said.

“However, flexibility never meant we would allow fraud,” Dr. Anand Shah, an FDA deputy commissioner, said in a statement. “We unfortunately see unscrupulous actors marketing fraudulent test kits and using the pandemic as an opportunity to take advantage of Americans.”

The blood tests are different from the nasal swab and saliva tests currently used to diagnose active COVID-19 infections. Instead, the blood tests look for antibodies, which the body produces days or weeks after fighting an infection. Most use a finger prick of blood on a test strip.

The revised policy follows weeks of criticism from doctors, lab specialists and members of Congress who said the FDA’s lack of oversight created a Wild West of unregulated tests.

The agency acknowledged Monday that there have been problems with false and deceptive marketing among the 160 tests that have been launched in the U.S.

Some companies have claimed their tests can be used at home, although FDA has not allowed that use. Others have made unsubstantiated claims about their accuracy. Some U.S. hospitals and local governments have reported buying tests that turned out to be inaccurate or frauds.

So far, the FDA has granted authorization for 12 antibody tests whose methods, materials and accuracy passed muster with agency regulators.

Companies with test kits currently on the market without FDA authorization will now be required to submit formal applications to regulators within 10 business days. Companies that launch at a later date will have 10 days to turn over their applications after validating their tests.

Health officials in the U.S. and around the world have suggested the tests could be helpful in identifying people who have previously had the virus — with or without getting sick — and developed some immunity to it. But researchers haven’t yet been able to answer key questions that are essential to their practical use: What level of antibodies does it take to be immune and how long does that protection last?

“We’re spending a lot of time and resources on something that is not really a panacea for reopening,” said Kamran Kadkhoda, a lab director at the Cleveland Clinic.

For now, the tests are mainly a research tool for scientists trying to determine how widely the coronavirus has spread among the U.S. population. Those studies are underway but have produced widely different preliminary results, in part due to variations among tests. Even high-performing tests can produce skewed results when used in a large population where few people have had the virus.

The National Institutes of Health and other federal agencies are also reviewing tests and conducting research into whether they can successfully predict immunity.

Dr. Stephen Hahn, the FDA’s commissioner, said Monday that his agency’s “careful balancing of risks and benefits shifted to the approach we’ve outlined today,” based on new data from FDA and NIH reviews. Hahn said more than 200 companies are in the process of submitting testing data to the FDA.

“We want to make sure that testing in the U.S. is of high quality and that those using the tests understand how the results should or should not be used,” said Dr. Robin Patel, director of the Infectious Diseases Research Laboratory at the Mayo Clinic in Rochester, Minn.

Monday’s move is the latest in the Trump administration’s fitful attempt to roll out an effective, comprehensive testing strategy. Although testing has ramped up since the outset of the outbreak, state and local governments continue to report shortages of testing supplies needed to screen for the virus and safely ease social distancing measures. A “testing blueprint” released last week by the White House emphasized that states are responsible for developing their own testing plans.