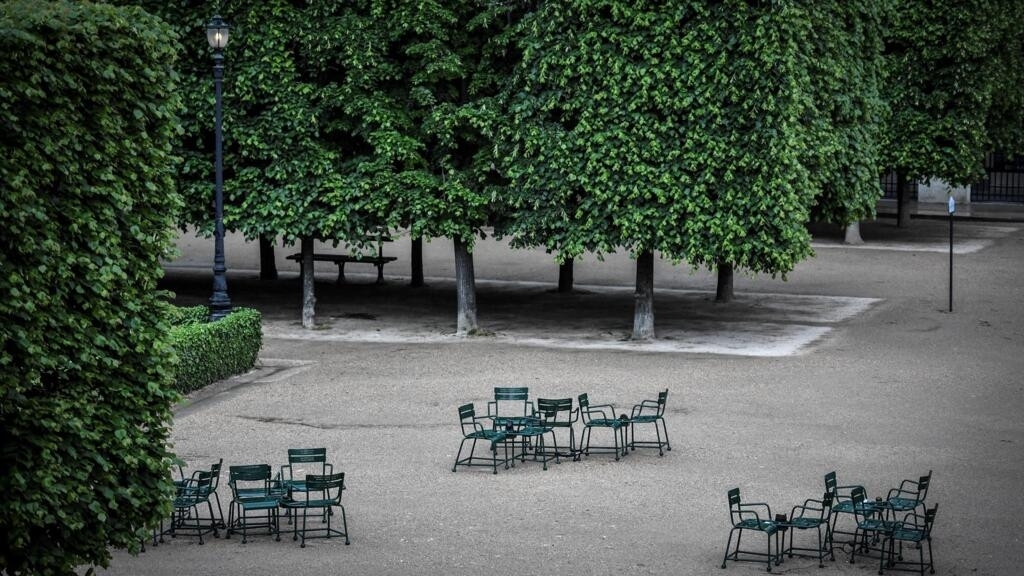 Fugitive Parisians were roasted for helping to spread the coronavirus when they raced for the countryside at the start of France’s lockdown. While some are now itching to go back, others are reluctant to surrender their bucolic havens for a return to urban life in the age of Covid-19.

Forget the garden frolicking, the chirping birds and the indulgent meditations on burgeoning flowers: time’s up for the exiled Parisians who scrambled to the countryside on the eve of France’s nationwide lockdown.

Two months ago, some 1.2 million people fled the Paris region in a reverse rural flight that prompted howls of protests from countryfolk fearful of the spreading coronavirus. Now, residents of the French capital and its suburbs have been told they can head back the other way as the country prepares to end its lockdown on May 11.

Already, the logistics of their return from exile is a headache for the SNCF, France’s national train operator, which is running a limited service and can only fill 50% of seats to comply with social distancing rules.

But the government has pledged to let all Parisians return home, provided they carry a justification form required of all travellers who plan to cover a distance of more than 100 kilometres once the lockdown is lifted.

“When they left [their homes], they had the right to do so,” Christophe Castaner, the interior minister, explained on LCI this week. “Now we will not prevent people from returning home to resume their jobs and put their children back in school.”

The prospect of returning soon is a relief for Jean-Christophe, a television producer based in Paris. He says he feared reprisals when he “slipped away” to a rental home in Normandy with his wife and daughter, one month into the lockdown.

“Parisians were very judgemental of those who left (…). It’s true we had a feeling that we were jumping ship,” he says.

After weeks of juggling working from home and childcare, a return to office routine has become indispensable for Jean-Christophe, whose wife, a press officer, “spends 12 hours a day on conference call”.

“I need to be more efficient, re-establish physical contact and get the engine revving again,” he says. “And above all, our babysitter has confirmed she’s back at work!”

Finding someone to look after her two children is a challenge for Alix, who spent the lockdown with her family in western France. She needs to get back to her floral decoration business, “before it goes bust”. Her husband has also been summoned back to his architecture firm. But the couple still have no guarantee their children will find a place at the nursery school.

Though French schools are due to reopen on May 11, their capacity will be severely reduced in line with sanitation guidelines. In Paris, priority will be given to the children of medical staff and other key workers.

When she’s not applying for financial help for her business, Alix is “busy pleading with schools to put [her] boys on their priority lists.”

‘We would’ve gone nuts in Paris’

The uncertainty surrounding the return to school — along with other aspects of France’s lockdown exit plan — has led some Parisians to choose to prolong their exile, provided their work allows it.

Clémence, a decorator, says she consulted with her son’s teacher before deciding to stay on at her country home in Normandy. Like many colleagues across France, the teacher expressed concern about the decision to send children back to school while Covid-19 remains a threat.

“Home-schooling is not a problem for us, so I decided to leave my son’s place to those who really need it,” says Clémence, who has no plans to return to Paris before September.

“Why would we go back? If school resumes, it won’t be every day and the logistics will be complicated. Besides, we don’t have a courtyard in Paris and children will have only limited access to parks and gardens,” she explains. “Here, at least, we’re in contact with nature.”

For Clémence and other exiled urbanites, the lockdown has been a chance to taste a different kind of living. All of them evoke a more “gentle way of life”, immersed in nature and far from the stress of the big city.

“We would’ve gone nuts in Paris,” says Clémence, summing up a sentiment that has inspired some fugitive Parisians to flee the capital for good.

That’s the conclusion Benjamin and his partner have come to. Having toyed with the idea for some time now, the Parisian couple have finally decided to quit the capital, definitively, after spending the lockdown in Brittany with their two boys aged 1 and 4.

Right now, Benjamin has no desire to go back to Paris, “where everything will be bleak: obligatory masks, no socialising, no room in schools.” Nor does the current economic gloom offer him any incentive to return to his work as  an advertising producer.

“For the time being there will be no productions, no shootings,” he explains. “We’ve got to be realistic. In our profession, social distancing is simply not an option.”

>> Two adults, two kids, one square metre each: trapped in a shoebox under lockdown

Rather than rush to Paris to save the company he co-founded, Benjamin sees this crisis has a chance for a new beginning.

“Paris is magnificent, dynamic and intense. But it’s not the right place to raise my children,” he explains. “Children need nature, you only need to look at them to realise this. And I’ve had plenty of time to do so lately. So I prefer to give them this healthier environment and put my career aside for now.”

Ironically, those left behind in Paris have enjoyed their own “healthier environment” while others fled the city. For them too, the end of lockdown carries a bittersweet taste: they know the city’s unprecedented peace and quiet will soon be shattered by the returning “deserters”.

“One soon gets used to the silence,” says Pierre, a photographer, standing content at his window overlooking the normally bustling Boulevard Beaumarchais, near Bastille in the French capital’s east. Paris in lockdown has “everything” he needs.

Anne Hidalgo, the city’s ecology-minded mayor, has vowed not to let cars reconquer the city after May 11, speeding up her efforts to turn the French capital into a cycling hub.

But with many commuters likely to shun the city’s notoriously congested public transport amid the pandemic, there are growing fears that traffic mayhem and high pollution levels will rapidly be the norm again.

“Paris has never been this pleasant before; it’s the end of the lockdown that will be unpleasant,” warns Lucas, a journalist who’s been whizzing across a deserted Paris on his bicycle to get to work each day.

He says the Parisians who stayed behind are already experiencing “a form of Stockholm syndrome,” a yearning for the tranquility that the lockdown has forced upon the city.

This article has been translated from the original in French.