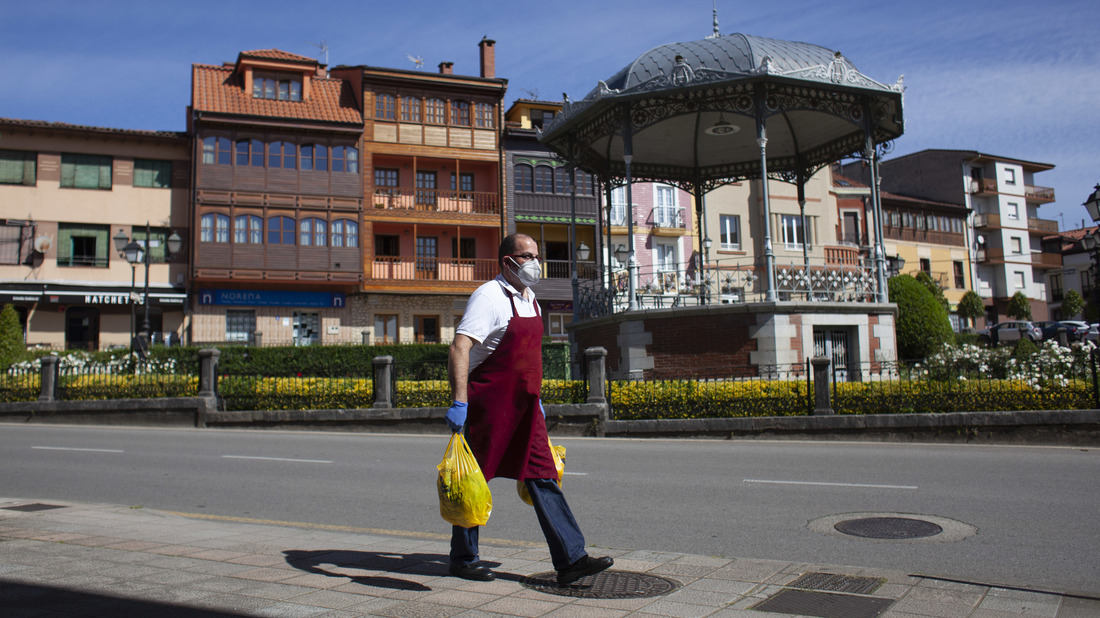 The new EU economic forecast reflects a total drop of 9 percentage points since last fall’s forecast, as businesses have been shut down or forced to operate at severely limited capacity. Here, a man delivers a butcher shop order in Norena, Spain, on Wednesday. 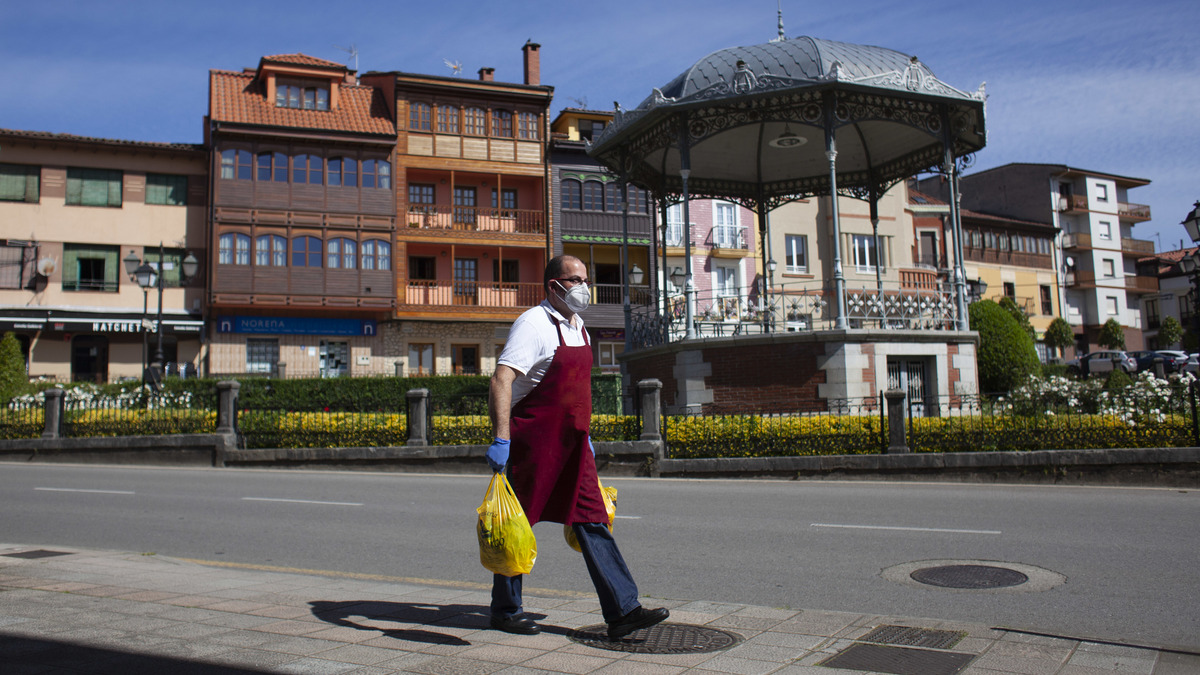 The new EU economic forecast reflects a total drop of 9 percentage points since last fall’s forecast, as businesses have been shut down or forced to operate at severely limited capacity. Here, a man delivers a butcher shop order in Norena, Spain, on Wednesday.

The COVID-19 pandemic is rapidly driving the European Union into a “deep and uneven recession,” with national economies contracting due to widespread disruptions in work, daily life and the movement of goods, the European Commission said Wednesday. The EU economy is predicted to shrink by 7.5% in 2020 – far worse than the 2009 contraction of around 4.5% during the so-called Great Recession.

“The EU economy will experience a recession of historic proportions this year,” the commission said in its new economic forecast, which comes after weeks of economic shutdowns and social restrictions due to the coronavirus.

Those measures, and people’s fears of contracting the deadly virus, lopped off roughly a third of the EU’s economic activity “practically overnight,” according to European Commissioner for the Economy Paolo Gentiloni.

The fall reflects a turnaround of 9 percentage points since last fall’s forecast. And while a rebound is expected next year, Europe won’t recover immediately.

The report outlines sharp falls in hard-hit countries such as Italy, Spain and France – all of which will see their gross domestic product metric drop by more than 8% this year. The reversal will cut especially deep in Spain and Greece: One year after each of those countries produced GDP gains of around 2%, they are now plunging into negative territory, and both of them will fall by well over 9%, according to the forecast.

Germany, which has won praise for its handling of the coronavirus crisis, will also feel the pain, with its GDP predicted to shrink by 6.5% in 2020.

The EU’s unemployment rate will likely rise to around 9% — but “behind this unemployment rate, don’t forget that we will have a massive drop in hours worked” because of changes wrought by the pandemic, Gentiloni said.

Inflation will fall significantly, the report states, due to weak demand and a steep drop in oil prices.

COVID-19 is now confirmed to have infected nearly 3.7 million people, including nearly 256,000 who have died. The disease has shattered families and communities and overwhelmed public health systems. It has also forced businesses to close and put millions of people out of work.

As the EU report suggests, the coronavirus is expected to have a far greater impact on the world’s economies than the Great Recession, which was sparked by a financial crisis. That contraction began in December 2007 and ended in June 2009, according to the U.S. Federal Reserve, making it the longest recession since World War II.

Policy-makers won’t be able to avoid the COVID-19 recession, the reports says; they can only hope to limit the damage and try to ease an eventual recovery.

The forecast warns that conditions could worsen further, depending on how the pandemic develops and how governments respond.

The EU predicts slightly less severe drops for the smaller economies of Poland and Austria – but even those countries should expect to see shrinkage of 4.3% (Poland) and 5.5% (Austria).