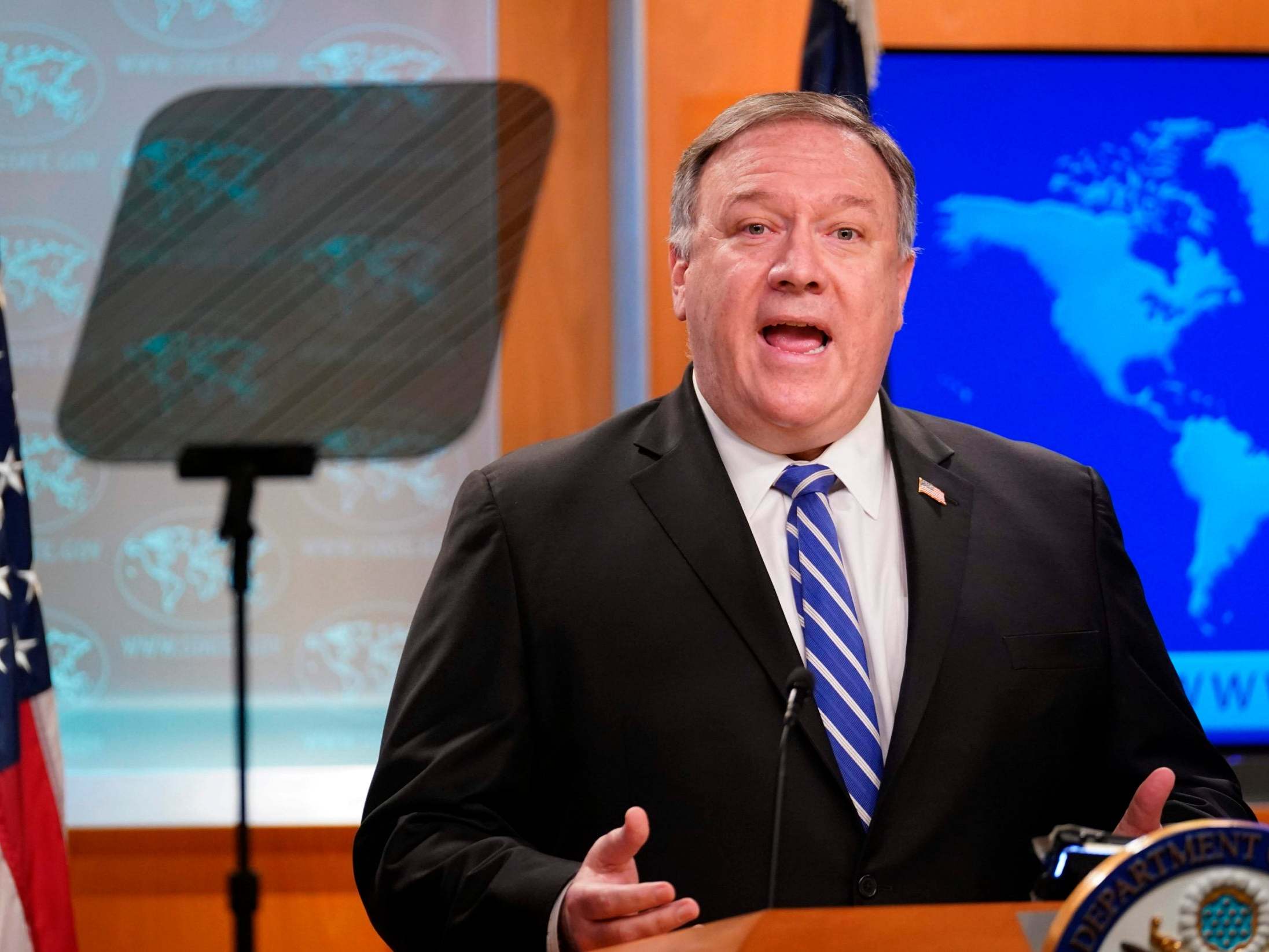 Senior Democrats have called on the Trump administration to share its intelligence on the origin of Covid-19, following Mike Pompeo’s attempts to push a theory that the virus came from a Chinese laboratory.

The US secretary of state said on Sunday there was “enormous evidence” that the coronavirus pandemic originated from a laboratory in Wuhan, but did not provide any evidence to support his claim.

His comments followed similarly unsupported claims by Donald Trump about the origin of the virus which have been contradicted by the US intelligence community.

Now, a number for Democratic lawmakers have demanded Trump officials share this supposed evidence with Congress.

Senator Chris Murphy, a Democrat who has been reviewing intelligence on the pandemic, said he had seen “no evidence that connects the virus to the lab”, although he noted he had also not seen evidence which completely ruled out the theory.

However, Mr Murphy questioned the Trump administration’s motivations for promoting the idea that China had covered up the origin of the pandemic.

“They’re being terribly irresponsible because their statements on the origin of the virus are driven by political considerations,” he said.

“This administration is scurrying to try to deflect blame from a president who is floundering in his response to the epidemic. And China is a very convenient scapegoat.”

Eliot Engel, the House Foreign Affairs Committee chairman, and Joaquin Castro, the committee’s Vice Chairman, have written to the State Department to request “all cables and information related to the Wuhan Institute of Virology”, a committee aide told Politico.

The requests came as Mr Pompeo admitted the Trump administration did not have “certainty” about Covid-19’s origin, while still insisting there was “significant evidence” it came from the laboratory – once again, without providing any such evidence.

In late April, the Office of the Director of National Intelligence made a rare statement saying the US intelligence community did not believe the coronavirus was man-made or genetically modified.

“The Intelligence Community (IC) also concurs with the wide scientific consensus that the Covid-19 virus was not man-made or genetically modified,” the statement said.

However, it said the intelligence community would continue to “rigorously examine emerging information and intelligence” to determine the exact cause of the outbreak.

Adam Schiff, the Democratic chairman of the House Intelligence Committee, said on Monday that the Trump administration had not yet shared its supposed evidence on the origins of the virus with Congress.

“If there is anything to have high confidence about in that regard, or enormous evidence, they have yet to share that with Congress,” Mr Schiff told MSNBC, adding that he did not know what information Mr Pompeo and Mr Trump were using to make their claims.

He added: “I think what they are clearly trying to do is deflect attention away from the administration’s terrible mishandling of this virus…  so they have chosen to go after China.”

On Thursday, China accused Mr Pompeo of lying over his claims and demanded the US showed its evidence.

Hua Chunying, a spokesperson for the Chinese Foreign Ministry, told reporters in Beijing that the country supported efforts by the World Health Organisation (WHO) to investigate the origin of the pandemic.

“We are always open to cooperate with the WHO on matters, including on the question of origin,” she said.

“While scientists have not come to a conclusion, why is Secretary Pompeo drawing the hasty conclusion that the virus came from a Wuhan lab? Where is his proof? Show us the proof.

“If he cannot show any evidence, then he may still be in the process of making up this evidence.”