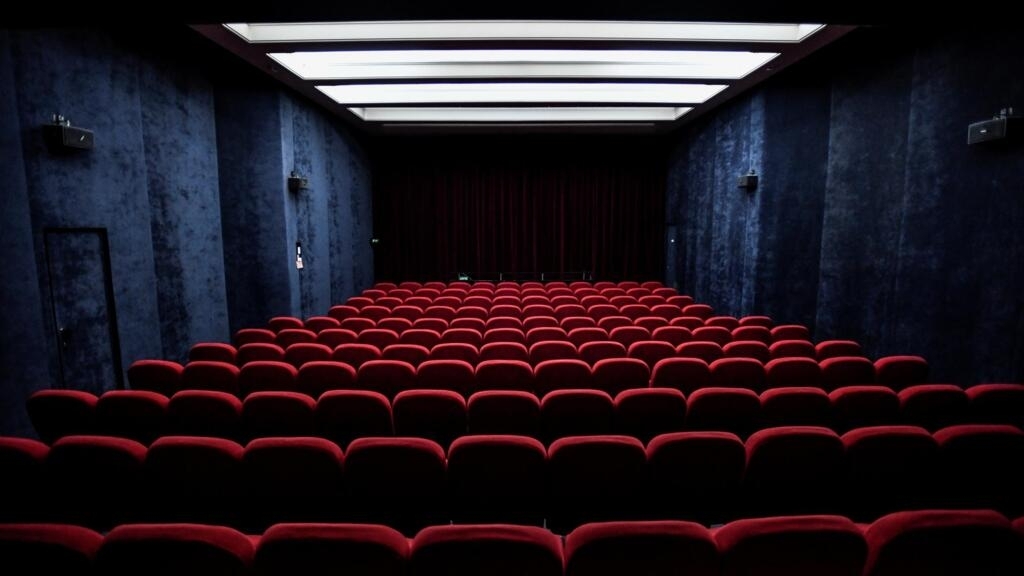 Despite an appeal from the movie industry to ease the curfew under certain specific conditions, cinemas in the Paris region and eight other cities must shut their doors at 9 pm nightly starting Saturday, along with theatres and restaurants. Industry officials warn that the new regulation threatens the survival of many of these businesses.

After being forced to close their establishments during the lockdown, theatre and cinema operators in the Île-de-France region and eight major cities now have to deal with the introduction on Saturday of a curfew from 9 pm, for at least four weeks.

This latest restriction comes just as people have begun regaining the confidence to go out again and cinemas and theatres have started filling up. How will French culture survive under the curfew?

French President Macron’s announcement of a nightly curfew last Wednesday caused much anxiety for film professionals, and understandably so: Evening screenings starting after 7 pm have been key to keeping the industry alive, representing 40.5 percent of the total number of cinema admissions in France, according to a 2019 survey for the Centre National du Cinèma (CNC).

Despite a call by the industry to re-examine how the curfew could be applied to cinemas and theatres, the government announced Friday that no exceptions would be made to allow screenings or performances ending after 9 pm.

“Our goal is clear: We have to fight the virus. For the sake of consistency, there will be no exemptions other than those already stated, even though we are aware that this will cause particular difficulty for the cultural sector and for all those working at night. But we won’t abandon any sector, we’ll distribute specific aid,” the office of Prime Minister Jean Castex told FRANCE 24.

In a post on Facebook, France’s Society of Film Directors (SFR) angrily denounced Castex’s refusal to consider facilitating evening screenings in cinemas, arguing that culture is not a luxury, but a necessity. The SFR said the the survival of the industry was at stake.

‘Autumn is a crucial time for arthouse cinema’

In an attempt to limit losses, some chains, such as the Parisian network MK2, have decided to open their cinemas from 8 am. Others will offer screenings earlier at the weekend.

But will that be enough?

“We hope to stay afloat with the help we receive from the CNC in particular,” said William Benedetto, director of the arthouse cinema Alhambra in Marseille.

“We have had to rework our schedules. Screenings that were meant to start at 8 pm have now been moved to Saturday and Sunday mornings at 11:30 am. But this obviously does not solve our problems and a curfew in October really doesn’t help us. Autumn is a crucial period for arthouse cinema. Highly anticipated and award-winning films are usually released at this time, which is vital to lift our annual attendance numbers. But this year nothing is certain,” Benedetto said.

This same anxiety can be felt in Paris. Since the curfew was announced, “I spend my days glued to the telephone,” Émilie Nouveau, a programmer at the Studio des Ursulines, an independent cinema for young audiences in the 5th arrondissement, told FRANCE 24.

“I have to keep checking with distributors that they are still going to release their films in cinemas, I’m constantly contacting festivals to make sure they’re still happening… It’s a never-ending circle of worry, especially for small teams like us. Since the end of the lockdown, it feels like we’ve been stitching and re-stitching up our programme. And then, in the end, you have to rip out all the stitches,” she said unhappily.

>> Snapshot before lights out: France on the cusp of Covid-19 curfew

If everyone has to be home by 9 pm and with films lasting on average more than two hours, it is not possible to start a film later than 6 pm to give people enough time to get home, according to the Fédération nationale des cinémas (FNCF).

The federation proposed that the government allow cinemagoers to return home slightly after the curfew hour if they could produce their ticket stubs as evidence.

Even this plan would not be late enough for many French cinema fans, the FNCF concedes, since most people do not finish work until around 7 pm, meaning they would still not be able to get to the cinema in time, even if there was a special dispensation.

“There is terrible inequity in this situation: You can come back by train or walk your dog after 9 pm, but you can’t leave a cinema,” said Erwan Escoubet, director of regulatory affairs at the FNCF. “Yes, okay, the aim of this curfew is to avoid the transmission of the virus, but there has never been any cluster connected to a cinema,” he told FRANCE 24

The repercussions for the film industry could be dramatic: The increasingly limited number of screenings will lead to a drop in cinema attendance. This could deter major distributors from scheduling their films in the immediate future. No new releases mean even emptier cinemas. The only winners could end up being streaming platforms such as Netflix and Amazon Prime.

One example is the new South Korean zombie horror film by Yeon Sang-ho, “Peninsula”. It was initially scheduled for release on October 21 but has already been postponed until December 16. “People will go to see a film for children in the afternoon without any problem, but who is going to see a zombie film at 8 am?” asked French film producer Michèle Halberstadt in the weekly culture magazine Télérama.

The absence of new films could ultimately lead to the closure of cinemas, even in areas of the country that do not have to abide by the curfew.

“The consequences of this curfew are more pertinent for cinema than for theatre because a film that is not released in Paris does not exist in France. If screenings can no longer be held in major cities, most of the French films eagerly awaited this autumn, such as Albert Dupontel’s ‘Adieu les cons’, Valérie Lemercier’s ‘Aline’ or Maïwenn’s ‘ADN’, will be removed from the schedules in all of the cinemas throughout France,” said Escoubet. “Right now, we simply don’t see a way out of this.”

This article has been translated from the original in French.