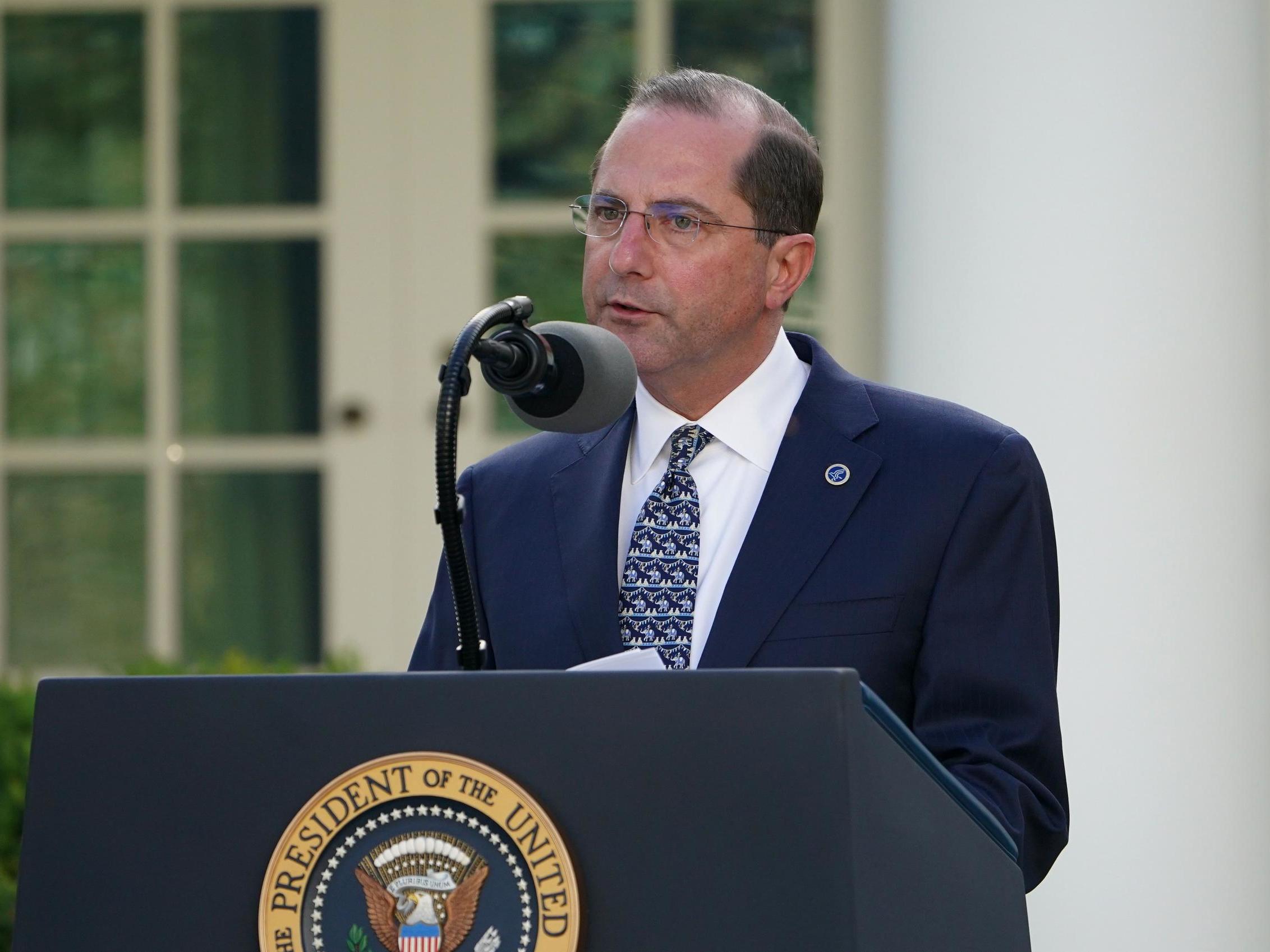 A government whistleblower is alleging Trump administration officials “appeared intent” on explaining the coronavirus to the American people, and is doing something few federal employees have done since Donald Trump took office.

Rick Bright, the ousted former director of the Biomedical Advanced Research and Development Authority, said in a complaint filed Tuesday that he “encountered resistance from HHS leadership, including Health and Human Services Secretary [Alex] Azar, who appeared intent on downplaying this catastrophic event”. The complaint was submitted to the Office of Special Counsel, a government office that fields whistleblower complaints.

Mr Bright raised concerns about hydroxychloroquine, a malaria drug Mr Trump latched onto weeks ago as what he called a “game-changer” treatment for Covid-19.

Later transferred to a different government agency, the whistleblower says he was concerned about administration officials who wanted to “flood” hard-hit New York and New Jersey with the drug, which was acquired from India and Pakistan from plants that “had not been inspected by the FDA“, Mr Bright’s complaint states.

The document contains several eyebrow-raising anecdotes and one notable action Mr Bright is taking that other federal officials punished or fired by Mr Trump, who likely will be agitated by the complaint like he was with one that led House Democrats to impeach him over his actions towards Ukraine and the Bidens, have opted against.

Most other federal officials forced out or outright fired by the president have left their positions without much protest. Many in Washington still fear a presidential tweet as bad for their careers within Republican politics or the federal bureaucracy.

He is appealing to get his BARDA job back. And his attorneys claim he should get it because his actions to sound alarms about the coming virus and resist use of the malaria drug were all covered by federal whistleblower protection statutes.

“Dr. Bright pressed for urgent access to funding, personnel and clinical specimens, including viruses, which he emphasised were all critically necessary to begin development of lifesaving medicines needed in the likely event that the virus spread outside of Southeast Asia,” according to the complaint. “Secretary Azar … responded with surprise at Dr. Bright’s dire predictions and urgency.”

Mr Trump for weeks had pushed hydroxychloroquine as a way to help people who had become infected to get better faster. Getting people better would help re-open a crippled economy that had been humming along during Mr Trump’s term.

He desperately wanted to strong economy with low unemployment and healthy investment portfolios to be the cornerstone of his reelection campaign.

Then came Covid, a national lockdown, record unemployment claims and an even more uphill battle to secure a second term.

Inside the Health and Human Services Department, Mr Azar — who reportedly frustrated White House officials, including Mr Trump, during the early stages of the outbreak — and other political appointees talked about the malaria drug “as a panacea,” Mr Bright contends.

But the US Food and Drug Administration soon warned medical professionals to only prescribe it in medical trials and situations in which patients would be closely monitored. Federal officials soon warned coronavirus patients taking the drug could develop life-threatening heart issues.

Mr Trump has tamped down his enthusiasm for the malaria medication, but still touts it as a major breakthrough.

That question has been at the heart of a weeks-long debate in Washington: What did the president know about the potential severity of the virus and its possible ability to spread quickly across the country?

Mr Trump has been flippant in answering the question, tweeting in recent days that US intelligence officials only mentioned it as part of his daily intel briefing twice in the first month of the year. And, both times, he describes the mentions as matter-of-fact.

But Mr Bright paints a different image in his complaint.

He claims the World Health Organisation, which has become a target of Mr Trump for what he says was its mishandling of the Covid-19 outbreak in China, briefed US and other officials on the virus during a 25 January teleconference.

This is how he summarised WHO officials’ warnings: “The outbreak is a big problem.”

Around the same time, Mr Trump was saying daily the virus was “like the flu” and would “disappear,” especially as the warmer spring and summer months arrived.

Instead, there are at least 1.2m cases in the United States and more than 70,000 deaths — with the president’s own top health advisers predicting thousands more cases and deaths, and a likely return of the virus this fall.

But the president late last week promised, without providing supporting data, it soon will “leave”.