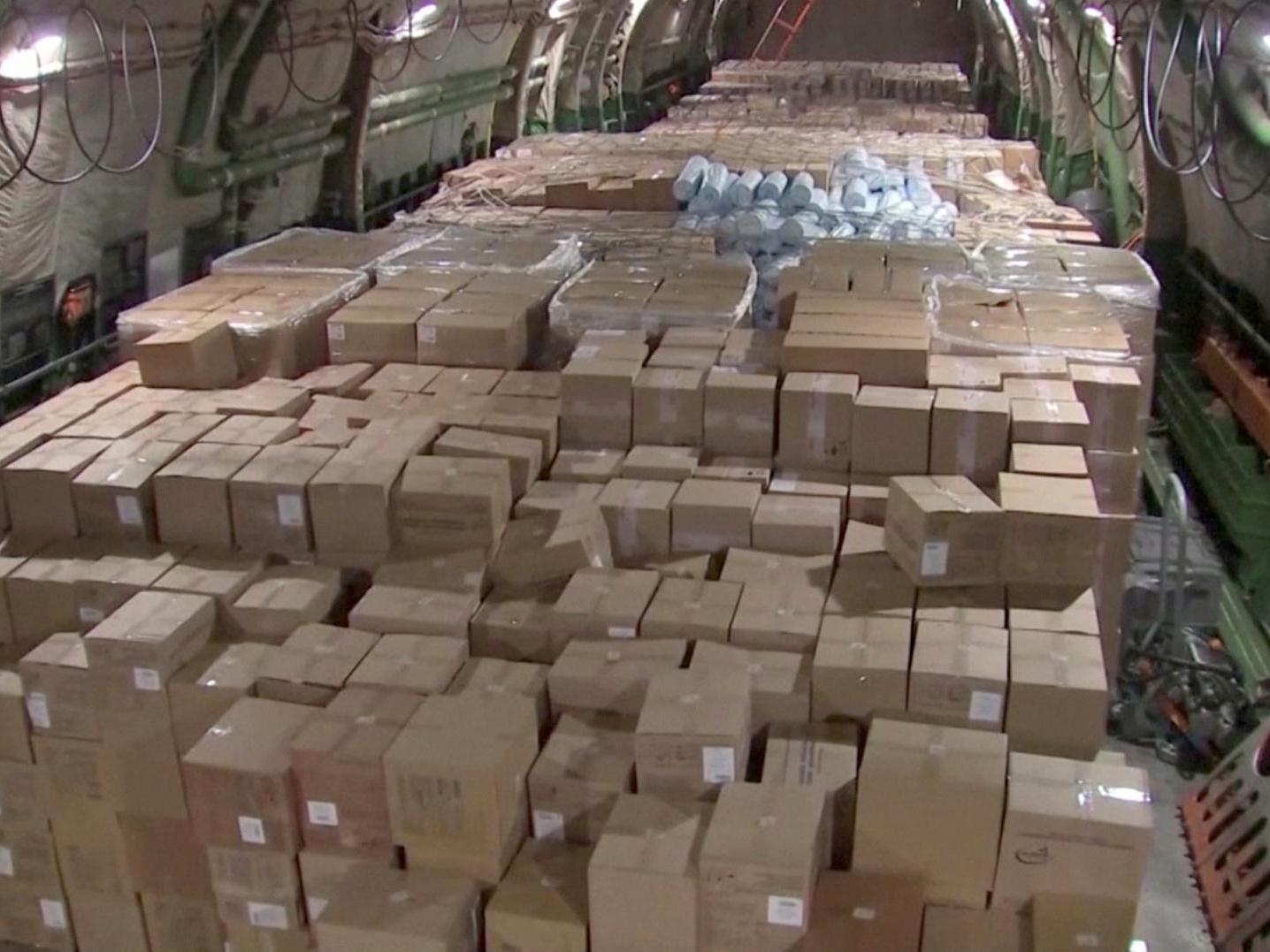 The US has purchased 60 tons of ventilators, masks, and respirators in a shipment from the Russian government in a public relations coup for Vladimir Putin.

The delivery, which is believed to have arrived at JFK airport on Wednesday, comes following a phone call between Donald Trump and Vladimir Putin on Monday, after which the US President claimed the leaders discussed the virus at length.

The US Department of State revealed the transaction in a press release posted to its website.

“The United States has agreed to purchase needed medical supplies, including ventilators and personal protection equipment, from Russia, which were handed over to FEMA on April 1 in New York City,” a spokesperson said.

“Both countries have provided humanitarian assistance to each other in times of crisis in the past and will no doubt do so again in the future. This is a time to work together to overcome a common enemy that threatens the lives of all of us.”

The official said the equipment would be carefully examined to ensure it complies with the quality requirements of the US Food and Drug Administration.

A US official in Washington said the shipment contained 60 tons of ventilators, masks, respirators and other items, Reuters said.

Across the US, supplies at hospitals hard hit by the coronavirus are severely stretched as services become overwhelmed by the increasing number of Covid-19 patients needing emergency care.

While the supplies are desperately needed in the US, critics have labelled the transaction “propaganda”, suggesting Mr Putin is using the opportunity to promote himself on a global stage.

“Nothing to see here. Just a Russian military aircraft landing at JFK with 60 tons of medical supplies to support America’s #Covid-19 response. A propaganda bonanza as our own government shrinks from America’s leadership role in a global crisis,” Brett McGurk, a former diplomat. tweeted.

Dmitry Peskov, Mr Putin’s spokesman reportedly expressed that Russia hoped the US will reciprocate the aid when necessary.

“It is important to note that when offering assistance to U.S colleagues, the president (Putin) assumes that when US manufacturers of medical equipment and materials gain momentum, they will also be able to reciprocate if necessary,” Mr Peskov was cited as saying.

Confirmed cases of the novel coronavirus in the US have surpassed 238,000 with the deal toll has reached over 5,700, according to statistics recorded by John Hopkins University.

In Russia, confirmed numbers of the disease are much lower at 2,337 with 17 deaths. However, some officials have raised scepticism of the accuracy of official data as numbers in Europe continue to soar.