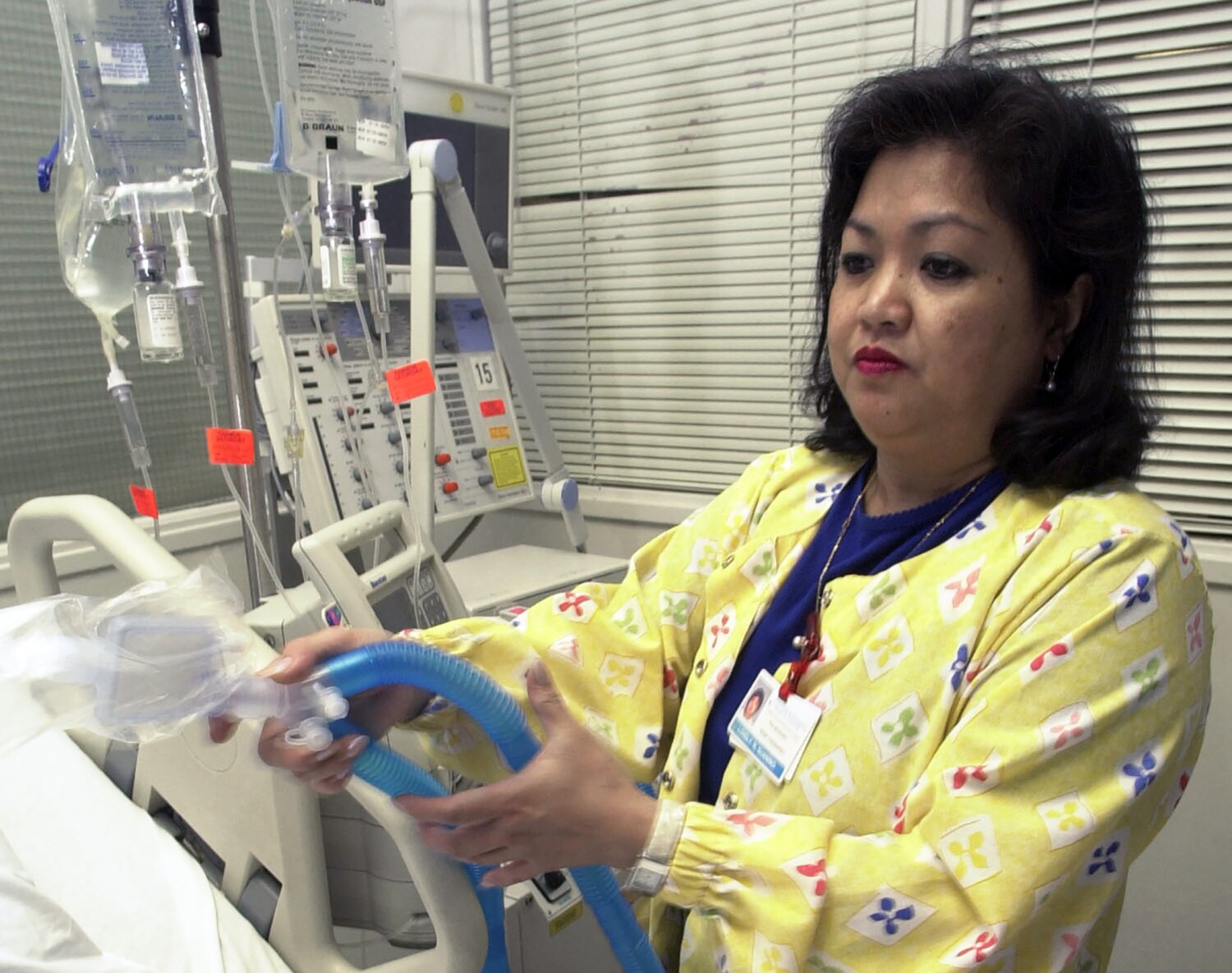 President Trump says the federal government has stockpiled “massive numbers of ventilators” and “tremendous amounts of equipment” to help hospitals respond to a crush of seriously ill coronavirus patients.

The problem, experts say, is that the government’s cache of supplies probably won’t be nearly enough to satisfy the demand. That’s because its stockpile was designed to be a temporary lifeline to healthcare workers in a particular place or region, until they can get more equipment and medicine from the private sector — not to provide all the gear they need, and to caregivers nationwide, simultaneously.

“There will likely soon be a surge all over the country and every state is going to be asking for material, and I think the concern is that it’s going to be depleted very quickly,” said Dr. Anand Parekh, chief medical advisor for the Bipartisan Policy Center, a Washington-based think tank. “The government’s stockpile is a great asset to have nationally, but if it’s taxed, it won’t have enough supplies. Many people have called for greater stockpiles, but unfortunately we are where we are.”

Hospitals and clinics nationwide are expected to face shortages of safety equipment and devices needed to treat patients with the coronavirus, which originated in China and causes a potentially deadly respiratory infection that has spread across the globe.

States have closed schools, restaurants, bars and gyms, while limiting or banning large gatherings, in the hopes of reducing the contagion and death toll. Yet in the U.S., the virus has killed at least 115 people and infected nearly 7,000 in the two months since the first case in the country was confirmed in late January. Nearly 8,000 have died and at least 200,000 have been infected worldwide.

A key U.S. backstop in responding to pandemics is the federal government’s secretive $8-billion stockpile. Stashed in a dozen warehouses nationwide and maintained by the Department of Health and Human Services, the Strategic National Stockpile contains a trove of medicines, vaccines and protective clothing and equipment that it dispatches to local authorities to distribute to hospitals and medical workers. Over two decades, it has evolved from a specialized shop to speed the response to biological and nuclear terror attacks to the warehouse of disaster and pandemic relief.

When an emergency strikes, former federal officials said, hospitals and other medical-care providers first tap state and local governments’ stores of medicine and gear. When those run out, state and local officials request supplies from the federal stockpile.

Former federal officials have said that among the stockpile’s equipment that can help battle the coronavirus are millions of N95 masks, which can filter out 95% of airborne particles. Such masks limit medical workers’ exposure to the virus, which can spread when patients cough or sneeze.

Vice President Mike Pence disclosed Wednesday that the stockpile has more than 10,000 ventilators, mechanical devices that have proved critical in keeping alive those with acute respiratory infections. Assuming that the cache fall short of demand, federal officials will face difficult decisions on how to parcel out such critical supplies, experts said.

“We are going to walk really close to the line on making tough calls,” said Greg Burel, who oversaw the stockpile until retiring in December. “The stockpile was meant to provide some breathing space for the private sector to get on its feet. There was never an anticipation that the stockpile would hold so many ventilators we could ventilate every individual who needed it in a pandemic.”

The stockpile also cannot fill gaps caused by systemic changes in the healthcare system, according to experts. They said hospitals have cut back on their stashes of supplies to boost profits. Medical supply chains have come to rely heavily on materials produced in Asia, which has been hard hit by the virus. Local governments have slashed public health staff and budgets in the last decade.

The department launched the stockpile in 1999 to purchase and store medicine and supplies that had little commercial value but could help mitigate the damage of a biological or nuclear attack. Over time, it set up warehouses across the country to also help with hurricanes or epidemics.

The stockpile played a key role during the H1N1 swine flu in 2009, dispatching 12.5 million regimens of antiviral drugs, nearly 20 million pieces of protective equipment and 85 million N95 respirators, federal officials have said. In 2016, it purchased mosquito spray and netting for kits it assembled and dispatched to U.S. territories to blunt the spread of the Zika virus. A year later, it sent six medical stations — each containing 250 beds and enough medical and pharmaceutical supplies for three days — to Texas and Louisiana in the aftermath of Hurricane Harvey.

While the stockpile has provided invaluable assistance in such emergencies, experts said, its broad portfolio has spread it thin.

“It didn’t suffer from mission creep, it suffered from mission gallop,” said Tara O’Toole, a former Department of Homeland Security official who chaired a National Academy of Sciences committee that examined the stockpile from 2016-18. “It started as this thing intended for these weird attacks, like a city being sprayed with anthrax, providing the medicines it might need. And then over time the mission kept expanding and expanding, and it has not received a commensurate increase in funding or staffing.”

Citing national security, department officials have refused to say how many items it has ready to deploy. A department spokeswoman did not respond to emails seeking comment on the stockpile.

The Trump administration in 2018 shifted responsibility for the stockpile from the Centers for Disease Control and Prevention to the Health and Human Services Department’s assistant secretary for preparedness and response. Administration officials and some experts said the move helped streamline management. Other experts said the move needlessly complicated the already complex process of disaster relief.

Former officials said choosing what gets stockpiled is a tricky endeavor. “It took extensive study, risk estimation, and educated assessment of which are the most likely incidents to determine what and how much to stockpile,” said Deborah Levy, who oversaw the stockpile in 2013 and 2014. “This is really hard.”