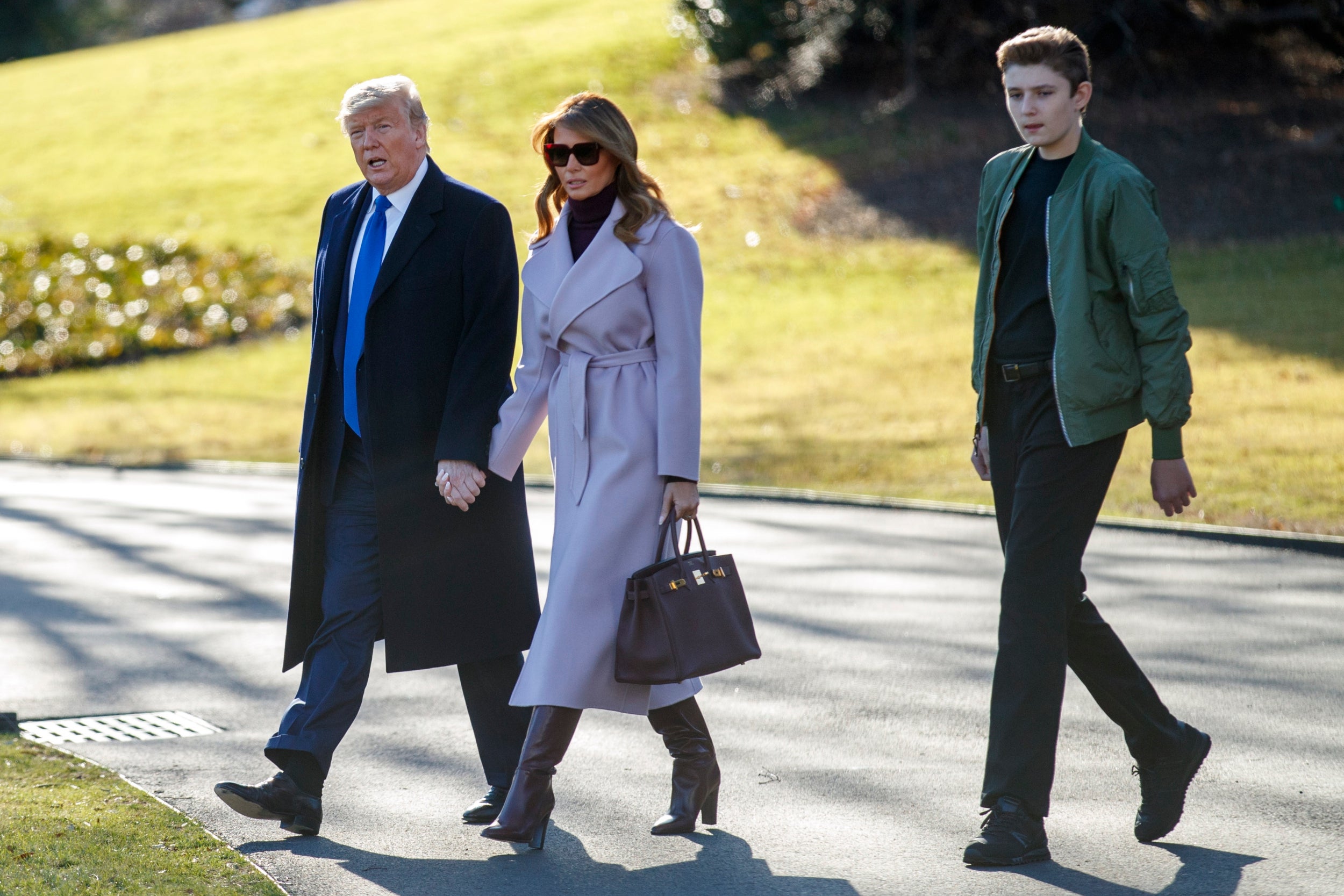 Donald Trump offered a rare personal insight into the life of his 14-year-old son Barron Trump and how he is faring in quarantine during his latest White House briefing on the coronavirus outbreak.

The president had tweeted a message of encouragement to the nation’s frustrated Little League baseball players earlier in the day, telling them to “Hang in there!”

“We will get you back out on the fields, and know that you will be playing baseball soon. We will get through this together, and bats will be swinging before you know it. In the meantime, take care of mom and dad, and know that this will not be forever!” he wrote.

Mr Trump was later asked about his own youngest child, forced into isolation like millions of others across the US.

“He’s a good athlete, and he loves soccer, and he’s like everyone else. I mean, everything’s shut down,” the president responded. “He’s in his room. He’s happy, but he’s not as happy as he could be. He’d like to be playing sports.”

“Let’s see what happens, but what he have to get back, remember that. We have to get back,” he continued, quickly pivoting to the primary theme of the session: namely, that he is losing patience with the national shutdown’s impact on the American economy and is desperate for life to return to normal.

Despite the starkness of his opening remarks, in which the president warned that the pandemic is approaching its peak and “there will be a lot of death, unfortunately… There will be death”, he swiftly returned to making the case for reopening the US for business, whatever the risk of worsening the spread of the Covid-19 contagion.

“This country was not designed to be closed,” he said. “The cure cannot be worse than the problem.”

He repeated that soundbite throughout the press conference, even when Dr Anthony Fauci, director of the National National Institute of Allergy and Infectious Diseases​, gave an impassioned answer on the importance of Americans sticking to social distancing guidelines.

“Mitigation does work,” Mr Trump interjected. “But again, we’re not going to destroy our country. We have to get back… We have a big decision to make at a certain point.

“I’ve said it from the beginning, the cure cannot be worse than the problem itself.”

The president had initially suggested the country could reopen by Easter but rowed back on that optimistic assessment after seeing projections of a staggering death toll even if restrictive measures remain in place.

But just days after extending tough national guidelines through to the end of April, staring down historic levels of unemployment and an economic standstill, he was talking about rebooting as soon as possible and speaking on Saturday with representatives from the National Basketball Association, National Football League and Major League Baseball about filling arenas again.

The president’s answers in the session otherwise saw him again hitting out at “false rumours” being perpetuated by the media, declining to name which reports he was referring to, again taking exception to a question from a female journalist and again expressing hurt that New York governor Andrew Cuomo had been insufficiently grateful to him for federal support sourcing medical equipment and ventilators as the state battles the virus.

Bizarrely, he also suggested the embattled north eastern state did not really need the ventilators at all.

“When they know they do not need it, they want it anyway,” he said. ”It gives them that extra feeling of satisfaction, but we cannot do that. It is not even possible. We are a backup.”

The number of people infected with coronavirus in the US has exceeded 300,000, with the death toll climbing past 8,400.

More than 3,500 of those deaths have come in New York state.

The president also urged Americans to “try” an unproven anti-malaria drug to fight the disease’s symptoms, asking, dangerously: “What have you got to lose?”