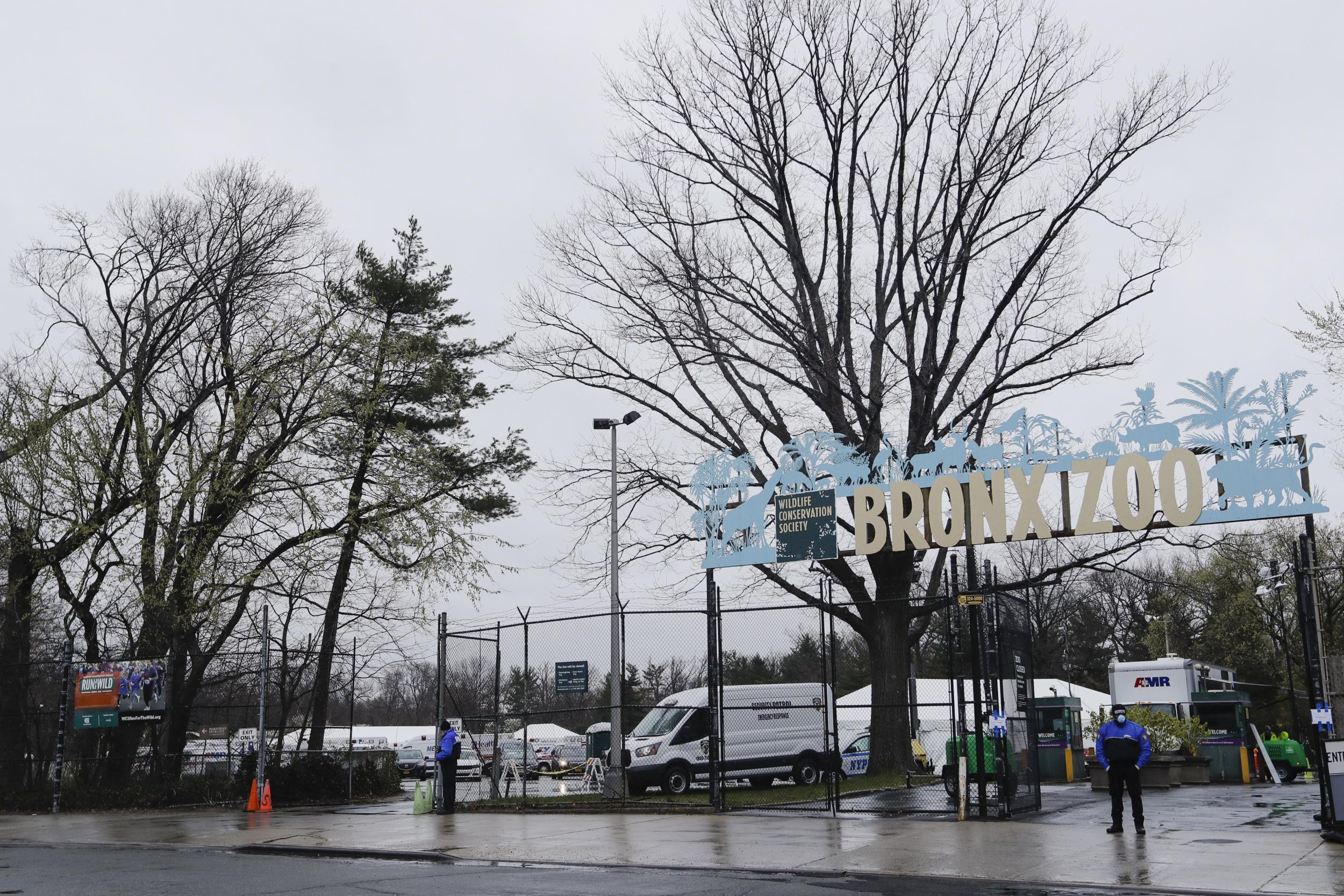 A four-year-old tiger at the Bronx Zoo has tested positive for coronavirus, likely the first case involving an animal in the US.

Nadia and six other big cats were symptomatic with a dry cough and were believed to have been infected by an asymptomatic member of the zoo staff.

The cat was tested “out of an abundance” of caution and the animals are reportedly doing well under veterinary care.

Nadia and her sister Azul, along with two other tigers and three lions are experiencing Covid-19 symptoms, according to the Wildlife Conservation Society.

The organisation says the test was confirmed by the USDA’s National Veterinary Services Laboratory.

Other than experiencing a decrease in appetite, the animals are “bright, alert and interactive with their keepers,” the organisation said in a statement. “It is not known how this disease will develop in big cat since different species can react differently to novel infections, but we will continue to monitor them closely and anticipate full recoveries.”

The tiger began experiencing symptoms on 27 March, according to the USDA.

USDA officials and the Centers for Disease Control and Prevention “are monitoring the situation and working to support the state and local health departments and state animal health officials,” the agency said in a statement. “State animal and public health officials will take the lead in making determinations about whether animals, either at this zoo or in other areas, should be tested for [coronavirus].”

The agency has recommended that anyone experiencing Covid-19 symptoms should “restrict contact with animals, out of an abundance of caution, including pets, during their illness, just as they would with other people.”

Though there have not been any reports of pets becoming sick with the virus in the US, the agency is recommending people “limit contact with animals until more information is known about the virus.”

The New York City zoo is closed during the pandemic but its essential staff is caring for the 6,000 animals inside.

Four other zoos and aquariums in the city — including the Central Park Zoo, Prospect Park Zoo, Queens Zoo and New York Aquarium — also closed on 16 March.

The American Veterinary Medical Association has reported several cases of domestic animals and pets testing positive for the virus, mostly in China, where the virus is believed to have originated, but no confirmed cases of infections in house cats.

“There is no evidence that animals play a role in the transmission of Covid-19 to people other than the initial event in the Wuhan market, and no evidence that any person has been infected with Covid-19 in the US by animals, including by pet dogs or cats,” according to the Wildlife Conservation Society.