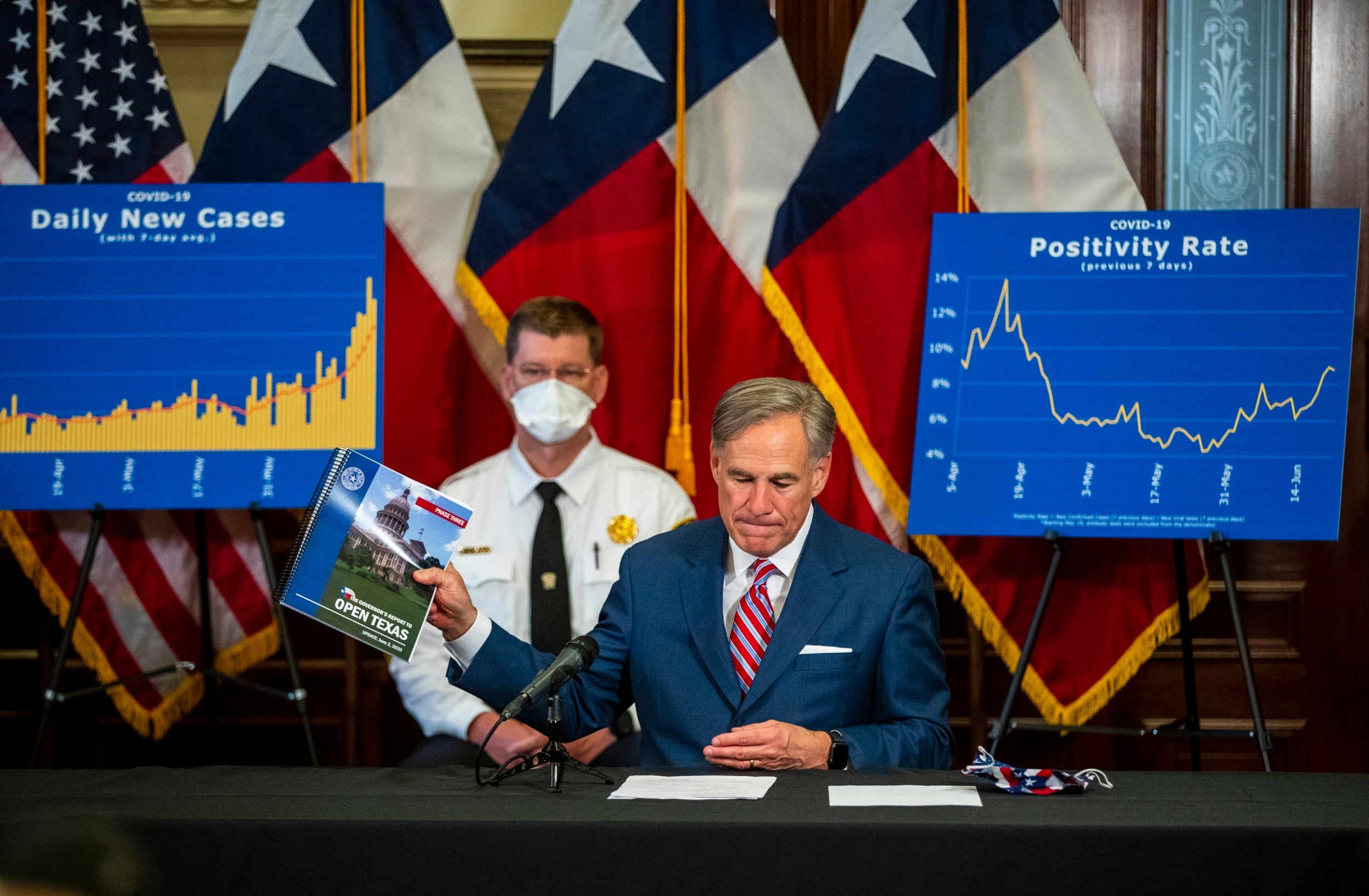 Eight weeks after it began lifting its social distancing restrictions, Texas is pausing the reopening of its economy as coronavirus cases and hospitalisations surge to record levels.

At a press conference on Thursday, governor Greg Abbott said the pause was needed to control the virus’s spread – but that the state would not move back towards lockdown, as the economic pain would be too severe.

“The last thing we want to do as a state is go backwards and close down businesses,” he said. “This temporary pause will help our state corral the spread until we can safely enter the next phase of opening our state for business.”

Along with certain other states that have relaxed their lockdowns – in particular Florida and Arizona – Texas has seen a major surge not just in its official number of cases, but in the rate of tests coming back positive and the number of hospitalisations.

Officials say 9 per cent of tests are now coming back positive, as opposed to around 3 per cent during the lockdown, and children’s hospitals are having to admit adults to ensure the health system can provide the needed capacity.

As of Friday morning, the state’s overall death count stands at at least 2,321, with 5,473 new cases confirmed the day before. Houston public health expert Peter Hotez warned this week that the surging numbers should be considered “horrifying”, and that the outbreak in Houston is so bad it is starting to resemble New York City, whose explosion of cases in the spring nearly overwhelmed the health system.

Certain Texas officials were among the US’s most visible lockdown sceptics. Lieutenant governor Dan Patrick in particular making headlines in March for saying older Americans should “take a chance on survival” to save the US economy from collapse. A month later he reiterated that the economy should be put first, telling Fox News that “there are more important things than living”.

Governor Abbott, meanwhile, was caught on audio leaked from a conference call in early May acknowledging before the lockdown was lifted that allowing businesses to reopen would inevitably lead to more cases.