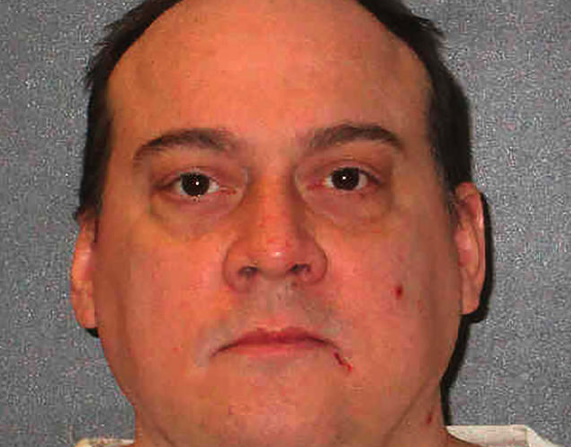 A Texas death row inmate has had his execution postponed for 60 days by an appeals court that found that simply carrying out his sentence could itself risk spreading the coronavirus.

The decision comes as the Los Angeles County Sheriff’s Department said it had released some 600 prisoners to help keep the virus from sweeping through its jails, and that it would limit the number of people arrested for minor offences.

Texas’s John William Hummel was sentenced to death in 2011 after he killed his pregnant wife, his father-in-law and his five-year-old daughter. He was due to be executed on 18 March.

But while the Texas Court of Criminal Appeals rejected the grounds of his appeal against his death sentence, it decided that “in light of the current health crisis and the enormous resources needed to address the execution”, his sentence will be carried out at a later date.

Executions in Texas are witnessed and carried out by a number of people, from doctors to prison staff to family and friends of a convict and their victims. The court found that bringing so many people together in a small space would clearly go against measures to stop the virus’s spread.

In Los Angeles, meanwhile, the new measures have already had a major impact. County sheriff Alex Villanueva has declared that since the end of February, the inmate population has fallen from 17,076 to 16,459. Those with less than 30 days on their sentences have been granted early release.

The county is also cutting down on the number of people it arrests, instead instructing police officers to cite and release people instead. They will have to seek medical clearance before booking anyone with symptoms associated with the virus. So far, arrests have fallen to a fifth of their usual number – from 300 a day to 60.

Speaking to the Los Angeles Times, epidemiology professor Chris Beyrer pointed out that since the prisoner release policy mainly extends to minor offenders, it goes to the heart of a broader problem with criminal justice in the US: “Nobody should be being detained for not paying a parking fee or because they are poor and can’t make bail,” he said. “We need to be releasing those people yesterday.”

California has taken some of the most drastic steps in the US to combat the spread of coronavirus. It was the second state to see a death from the infection, and has since declared a state of emergency and instituted major restrictions on public gatherings.

Texas, meanwhile, has only just confirmed its first death: a man in his late 90s in Matagorda County.