It took a pandemic, unseen in our lifetimes, to break the political impasse around paid leave in Washington. For 30 years, advocates for a federal paid leave programme have lobbied, often in painful increments, to try and pass legislation on the matter.

On Wednesday, the Senate is set to pass, and President Donald Trump expected to sign into law, a coronavirus response bill, good for one year, allocating billions of dollars to expand access for testing and for paid sick leave.

“If you’re sick, stay home,” Vice President Mike Pence pronounced this past weekend. “You’re not going to miss a paycheck.”

But that is not exactly true.

Details of the law reveal that not all Americans will be eligible. In fact, most will not. The law exempts businesses with more than 500 employees, meaning the country’s biggest companies and brands, from Amazon to Walmart, are under no obligation to do anything.

Well before COVID-19, working Americans across the country have struggled, with neither paid nor unpaid time off to deal with personal illness, to take care of a sick family member, or to have a child. Since the start of the year, Al Jazeera’s Fault Lines has travelled the country to hear from families directly impacted by this.

As it stands, one-quarter of American civilian workers – 33.6 million private industry, and state and local government workers – receive no sick leave, and the new provisions, which are not permanent, will only provide reprieve for some people in this category. 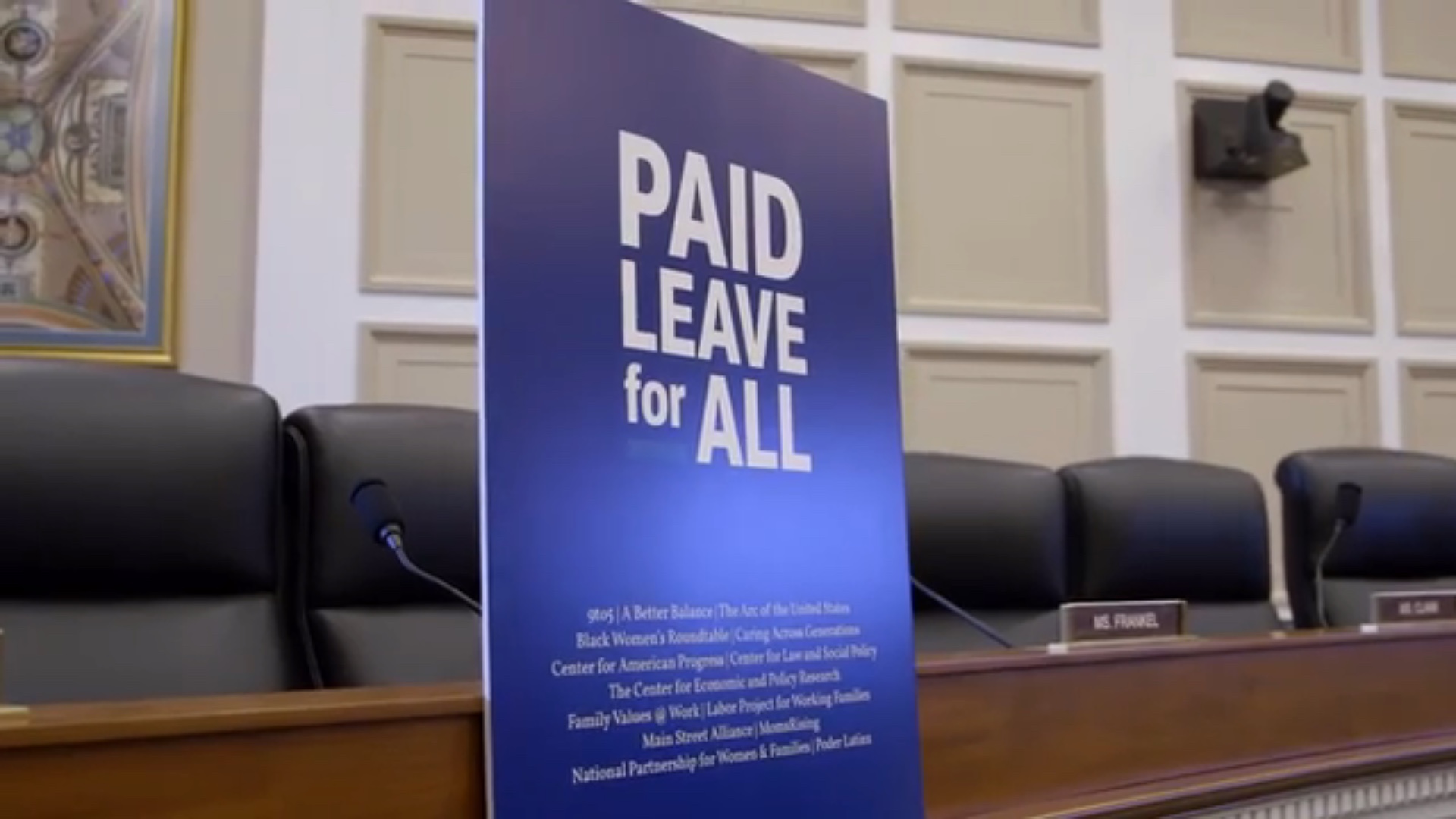 The US is one of a few developed countries with no federal paid sick leave policy. The last time it passed a comprehensive policy for workers to take time off was in 1993 during Bill Clinton’s first term as president, when the Family and Medical Leave Act (FMLA) provided Americans who qualify with 12 weeks of unpaid leave every year. It covers new parents and employees who are sick or must care for a family member.

The law, the very first bill that Clinton signed, has its limits. Forty percent of workers do not meet the requirements for FMLA, which is also contingent on the size of the company people work at. What’s more, many who do qualify often cannot take the benefit because they live paycheck to paycheck.

“Most low wage workers cannot afford to take unpaid leave,” said Pronita Gupta at The Center for Law and Social Policy (CLASP), an advocacy group for the low-income population. They end up having to make “an impossible decision, between taking unpaid leave and forgoing that income”, or buying groceries and paying rent.

Kris Garcia, 43, lives in Colorado and knows this impossible choice too well. He had to work and could not tend to his ill father, who lived in another state, before he died. When he next took time off for the funeral, he says his boss suspended him.

“It started a huge downward financial spiral for me,” Garcia recalls. He fell behind on his electricity and car payments, “on top of the economic hit that I took from having to bury my father”.

Stories abound of American women who give birth on Friday only to return to work on Monday, or parents forgoing time at the hospital with their sick children because of work.

Those memories haunt Jacqui Silvani, 38, who saw children going without their parents during the time she spent at the hospital with her son, Joe, who was being treated for neuroblastoma – a rare cancer – in 2015. 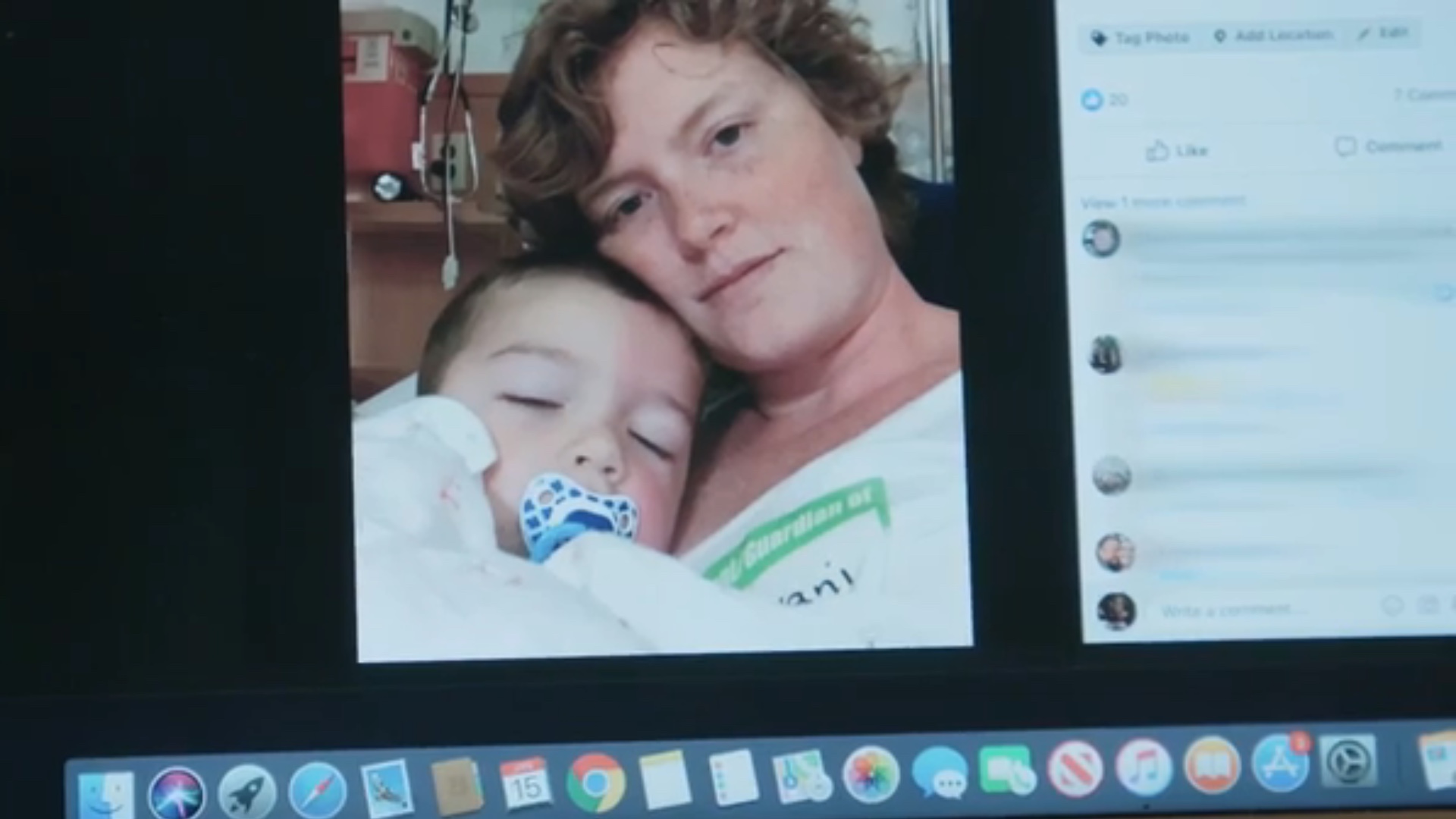 Silvani and her husband, who live in New Hampshire, drew on all their resources – bank accounts, retirement accounts, credit cards – so she could take unpaid time off to care for and spend time with Joe.

“There was no way that I was going to leave him in the hospital alone,” she says. But she believes she was eventually let go from her job as a public school teacher as a result of her absence.

With the current pandemic, public pressure and questions over how businesses would take care of workers have led many of them to get out front on the issue.

McDonald’s and Walmart announced they would continue paying any employee under mandatory quarantine for up to 14 days – a significant commitment considering that 93 percent of low wage workers have zero access to paid family leave. Google pledged to provide paid sick leave for impacted contract and temporary workers. Uber and Lyft volunteered to cover all drivers grounded by coronavirus for 14 days.

Even individual Americans have stepped in to help: NBA player Zion Williamson announced he would pay the salaries of all workers at New Orleans’s Smoothie King Center arena for an entire month.

While compassion at such a difficult time is welcome, such decisions only underscore how many workers are essentially at the mercy of a kind boss or the largesse of a millionaire for their wellbeing. 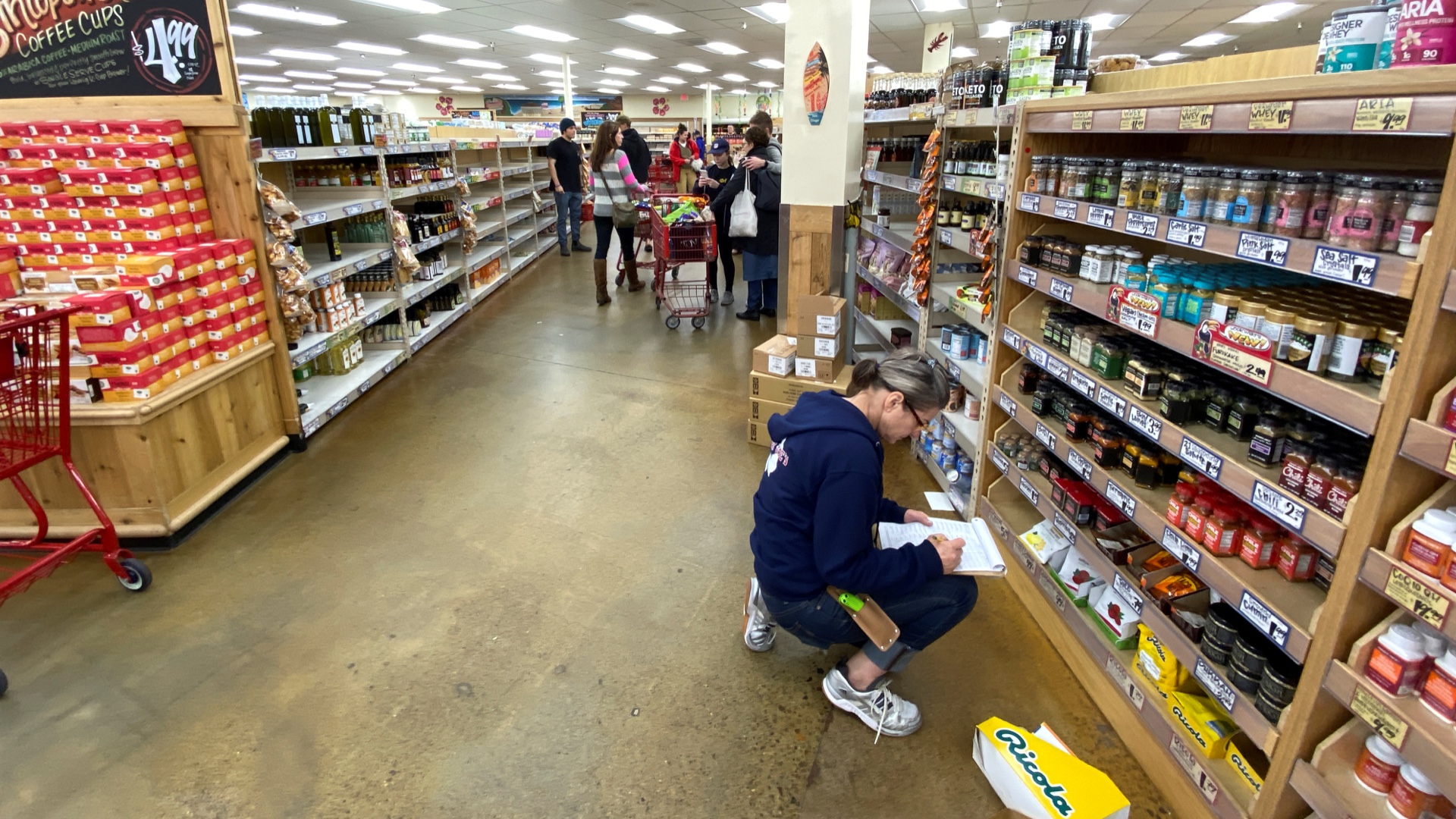 A worker takes stock as consumers shop in California, on March 12, 2020 [Reuters]

Whole Foods, for example, will pay employees with COVID-19 or under mandatory quarantine for up to 14 days – similar to announcements made by other companies. But its CEO faced public ire for suggesting employees donate their paid time off to sick colleagues, a pooling practice mostly unique to the US.

The pandemic has exposed vulnerabilities in every country grappling with the virus and, in the US, it has exposed the weak social safety net.

“We’re very short-sighted when it comes to thinking about what it means to invest in the workforce,” Vicki Shabo, an expert on paid leave policy at New America, a liberal think-tank, told Al Jazeera in January.

“If we really valued the contributions that people make, whether in their workplace or their home or in their community, we would have adopted paid family and medical leave a long time ago.”

Supporters of a national paid family leave provision point to the domino effect when people must decide between working or taking care of critical personal challenges. Dropping out of the labour market can mean eventually turning to government assistance – a cost to taxpayers and the economy.

When the ‘impossible’ is possible

It would establish a national insurance fund to provide every American with 12 weeks of paid family time off over the course of one year. Like the current FMLA, it would benefit new parents and those with illnesses or a family emergency. As a paid benefit, it would be financed by a payroll tax.

Republicans have rejected the FAMILY Act in part because of how it would be funded. They have proposed alternatives, including a bill where workers would draw from their Social Security retirement benefits to cover their time off. Their plans would also only cover leave for new parents. For Democrats, these proposals are not expansive enough, and would not help in any crisis such as this current pandemic. 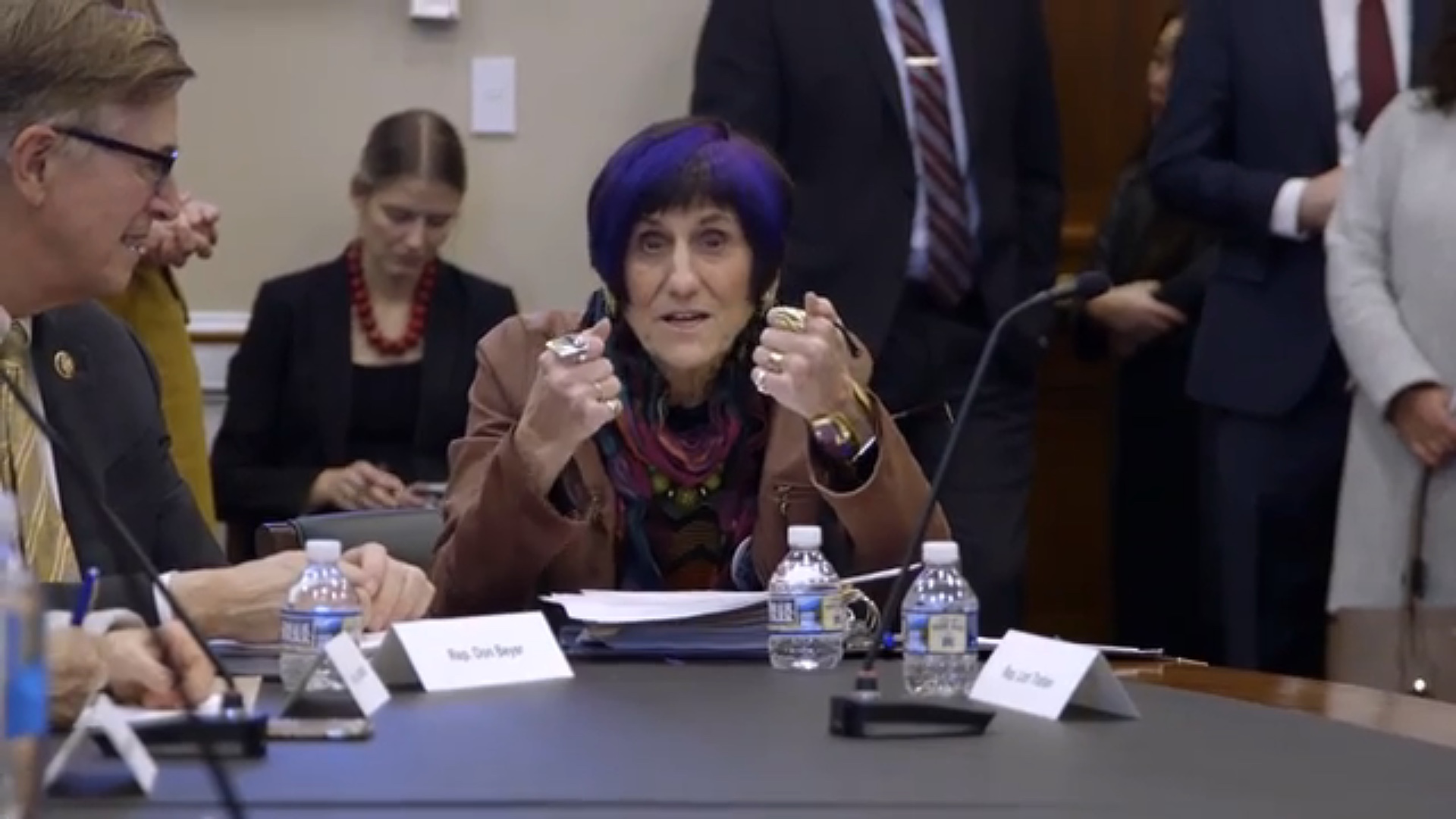 “The United States is falling behind in terms of the kinds of public policies that address the economic needs of families today,” Representative DeLauro told Al Jazeera. “Other countries have understood this.”

DeLauro also pointed to the states that have already taken the initiative to establish paid family leave on their own, including California, New York, and her home state of Connecticut. Each has opted for a different financing structure, with some states taxing the employee alone and others setting up a joint employee and employer payroll contribution.

Businesses had at first baulked and claimed it would hurt their bottom line. “That was hogwash,” said DeLauro, who noted that such a scenario has not played out that way in her state.

Silvani also rejects the economic argument. “We shouldn’t be talking about how the businesses are going to survive,” she said. “Because without the employees, you’re not going to have a business.”

As the US responds to COVID-19 by powering down, shuttering shops, closing schools, and asking people to stay at home, Americans will question why the short-term measures to provide paid leave cannot continue – especially once they see that what they have been told for so long was impossible, is at least partially possible.