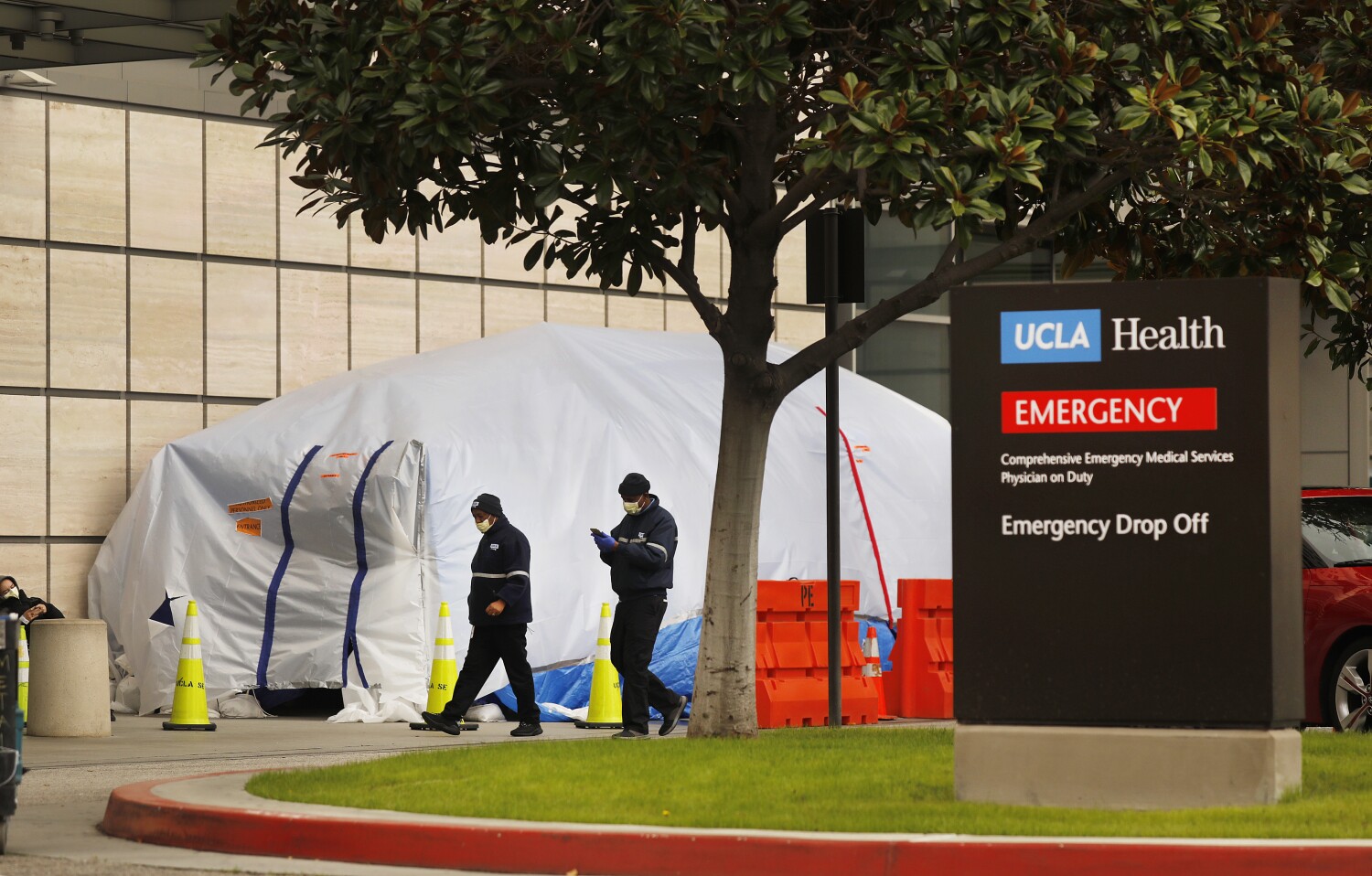 As hospitals prepare for a possibly overwhelming number of COVID-19 patients in the coming weeks, doctors and nurses in all departments are being told they may have to start working in emergency rooms and intensive care units, a directive that has sent shock waves through the medical community.

Health workers say they are concerned about their ability to perform duties they haven’t done in decades, or perhaps ever, as well as for their own health and safety.

“Anxiety is an understatement. I’d be terrified,” said a surgical nurse at California Pacific Medical Center in San Francisco. There, a looming staff shortage caused by COVID-19 could mean a labor pool to redistribute nurses to the intensive care unit, she said.

“No reasonable person would ever expect me to do that under normal circumstances,” said the nurse, who, like others interviewed for this article, spoke on condition of anonymity because she was not authorized to speak to the media.

But the expected surge of COVID-19 cases has forced hospital leaders to consider calling in reinforcements from all departments, ration protective gear and advise their staffs to not talk to journalists about the desperate preparations underway.

Doctors, nurses and other hospital workers say their anxiety levels are rising as they hear not just about medical workers in Italy and China falling sick, but now an increasing number of U.S. health workers as well.

This week, two emergency room physicians, one in Washington state and one in New Jersey, were infected with the coronavirus and admitted to hospitals in critical condition. Several health workers in Seattle, now an epicenter for the virus, have fallen ill with the disease as well. A UC San Francisco emergency medicine doctor reported this week that he had COVID-19 and that he may have infected others while at a recent medical conference.

For medical workers during this pandemic, a grim reality is emerging: Those who don’t contract COVID-19 could be redistributed to care for patients who do, thereby making them more likely to become infected.

“We’re going to start dropping like flies,” said a nurse in an urgent care clinic in Los Angeles County, who has seen several patients with COVID-10 symptoms. “I’m a single mom; I’m supporting my son through college. I don’t have a choice — I’m going to work.”

As cases begin to mount within the United States, American health workers say they are haunted by stories from other countries where COVID-19 cases have already exploded.

“Everyone knows we’re going to be at the level of China and Italy within a week or two,” said a doctor at a major L.A. hospital. “There’s a huge sense of anxiety amongst medical professionals because we see how poorly prepared the U.S. is.”

One of the emergency room physicians hospitalized in the U.S. is in his 40s, an age group thought to be at lower risk of serious infection. In uneasy conversations, many providers bring up Dr. Li Wenliang, the 34-year-old Chinese physician who rang the alarm bells about the new virus and then succumbed to it.

“What I’m hearing about colleagues — physicians who are younger than me who are dying of this — it’s scary,” said Dr. Nick Mark, a critical care physician in Seattle who has been treating COVID-19 patients.

Mark said he and his wife, who is also a doctor, have discussed worst-case scenarios, he said.

“What happens if I end up on a ventilator? What are we going to do?” he said. “We have friends who are doctors — we’ve basically said, ‘If you guys get sick, we’ll take care of the kids, and you do the same for us.’”

Mark posted to Twitter a guide to managing severely ill COVID-19 patients that has been widely circulated among physicians. He created it for doctors in other specialties who he anticipates will eventually be asked to help, as has happened in other countries.

He noted that Li, who worked on the front lines in Wuhan, China, was an ophthalmologist. In Seattle, hospital staff members are already straining under the number of patients they have now, he said.

“That makes me nervous, because this is a marathon, not a sprint,” he said. “The peak of it is likely weeks away, if not months away.”

At other hospitals, specialists have received surveys about whether they would be willing to lead intensive care units, departments they haven’t worked on in decades. “The residents could help guide you,” one hospital’s email to a group of surgeons read last week.

Dr. Wally Ghurabi, ER medical director at UCLA Medical Center in Santa Monica, said the hospital team preparing for a surge in COVID-19 patients meets more than once a day to discuss staffing needs. If needed, nurses who don’t typically treat patients, such as those who teach or work in administration, could be asked to help out, he said.

“I’ve been through so many disasters,” he said, citing the Northridge earthquake and the market crash. “What we’re doing now is way, way more than those days, as far as preparation, working hard to make sure we’re ready.”

The idea that doctors of all specialties will be called to help has even become a joke, albeit a dark one, in medical circles.

Dr. Folasade May, a gastroenterologist at UCLA, said she is reviewing notes and manuals from colleagues on how to run ventilators and take care of patients in the ICU, just in case it comes to that. “Those are little pearls that we’re putting in our pockets,” May said.

The virus has already taken a toll on the local health system. In California, at least 300 nurses and other health workers at hospitals in Riverside, Santa Rosa and L.A. have been sent home because of coming into contact with COVID-19 patients.

Such furloughs, however, reduce how many people a hospital can treat, a major problem during a pandemic. So the Centers for Disease Control and Prevention recently changed its guidelines so that some health workers who have treated COVID-19 patients can continue working until they begin showing symptoms of the disease.

“We need bodies. It’s that simple,” said one emergency room nurse in the Bay Area.

The nurse said he worked the weekend alongside a doctor who subsequently tested positive for COVID-19. Per hospital policy, the nurse will return to work to care for patients, and will not quarantine at home unless he develops symptoms, despite the fact that the virus can be transmitted before symptoms appear.

The nurse is diligently washing his hands and wearing protective gear, but he interacts with vulnerable patients — like a 90-year-old man who came in with a rib fracture. The elderly man didn’t have any signs of COVID-19 — yet. “This is not in the back of my mind, it’s in the front — it’s right in the passenger’s seat.”

One physician at a major L.A. hospital said she has started to strip naked when she gets home, throw her clothes in the laundry and jump in the shower, to avoid contaminating her home or infecting her partner. Another said his wife makes him leave his scrubs in the garage. Some staffers’ parents have called their kids’ bosses to ask about safety precautions.

Workers’ fears are exacerbated by a shortage of protective gear, they say. A nurse in an emergency room said her colleagues had begun filing requests to the federal Occupational Safety and Health Administration after hospital administrators called their safety concerns “hysteric.”

“The hospital I work for is currently out of N-95 masks, and it is a ‘tough luck’ kind of situation,” she said. Meanwhile, “the hospital administrators are working from home.”

Still, for many healthcare providers, the trepidation surrounding the pandemic seems mixed with a call to duty. Some physicians have volunteered to work the front lines, seeing their youth as an advantage.

“We’re using a lot of war metaphors,” said an internal medicine doctor at a major L.A. hospital. “A lot of us are realizing this is going to be the defining moment in medical history for our generation.”